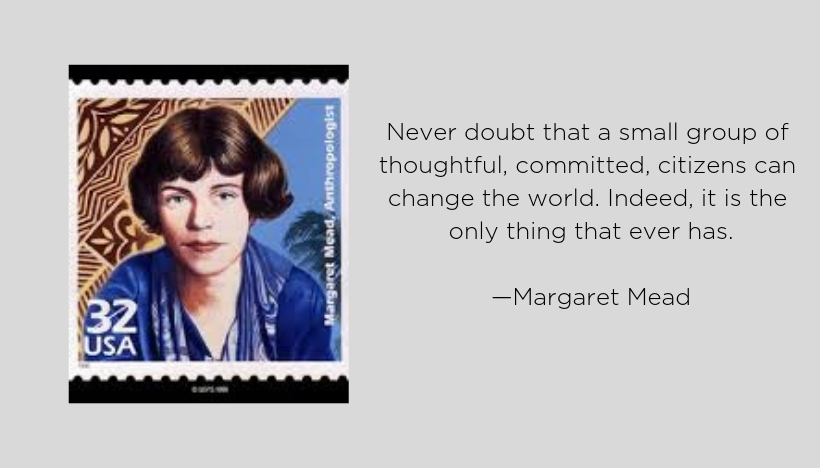 AFCON (Academic Freedom Coalition of Nebraska) is one of those small groups Margaret Mead was talking about in her quote above. This group, 30 years old this year, continues its work to support intellectual freedom in teaching, learning, and inquiry at all levels of education and in all other academic contexts in Nebraska.

The members of AFCON persisted even when they couldn’t get the job done, as when, despite their counsel to the contrary, the academic freedom code at the University of Nebraska–Lincoln was tightened.

AFCON doesn’t make efforts alone but enlists the aid of others whenever possible, groups such as the ACLU of Nebraska, NELAC (Nebraska English Language Arts Council), and AAUP of Nebraska.

NCTE and AFCON have maintained a close relationship over the years. In fact, the NCTE Position Statement on Academic Freedom was adapted from 2018 AFCON president David Moshman’s book Liberty and Learning: Academic Freedom for Teachers and Students (Heinemann, 2009).

In October at the AFCON Annual Meeting Lincoln, Nebraska Sam Walker, professor emeritus of criminal justice at University of Nebraska-Omaha, where he continues to work daily 13 years after his retirement, gave the keynote received AFCON’s Intellectual Freedom Award this year. He noted,

Controversies over freedom of speech have erupted all across the United States in the last few years.  Nebraska is no exception. . . .

We should not be surprised by these recent controversies. Continuing controversies over free speech ARE the American tradition. In fact, I argue in this paper that controversies where free speech activists challenge threats to freedom of expression are what give flesh and blood to the promises of the First Amendment, and over the decades have wrought the expansive protections of free speech that we enjoy today.

In fact, he noted,

The vitality of the American commitment to constitutional democracy and the meaningful protection of individual rights is due in large part to the fact that the idea of rights has penetrated deeply into our social and political culture. The commitment to rights shapes our everyday lives and language.

I can’t help but imagine the positive impact we’d make on intellectual freedom in education if every state had “a small group of thoughtful, committed, citizens,” its own AFCON, to help change education for better.