Beale Street Talks and We Should Listen - NCTE
Back to Blog 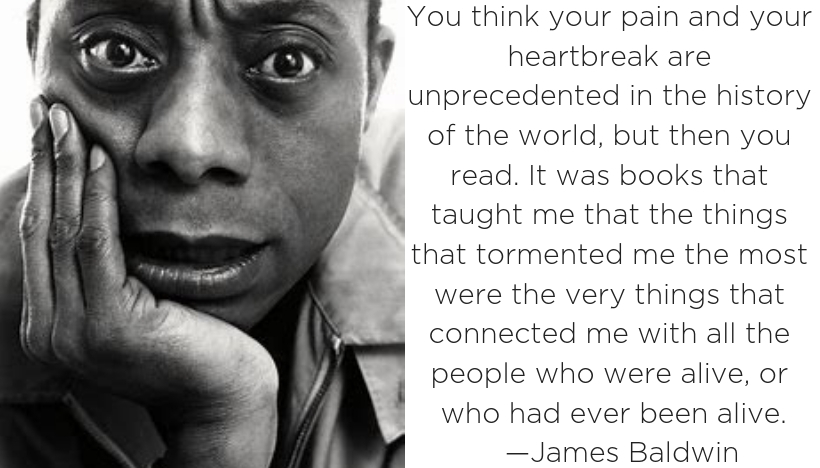 On Sunday, as I watched, wept, and smiled through Barry Jenkins’ film rendition of James Baldwin’s If Beale Street Could Talk, the film’s bittersweet story that “mixes sadness and joy in a slow tale of love and injustice” (Vox.com) got me thinking about the many African American stories that are part of school curricula, how they’re often challenged and censored from it, and how they shouldn’t be.

The stories listed below, in no particular order, have been challenged, even censored, yet they are the ones that have and can connect students, as James Baldwin says, to “all the people who were alive, or who had ever been.” These stories are part of us and we all need to hear them.

Angie Thomas’s The Hate U Give

Maya Angelou’s I Know Why the Caged Bird Sings

Ernest Gaines’ A Lesson Before Dying, The Autobiography of Miss Jane Pittman, and A Gathering of Old Men

Wes Moore’s The Other Wes Moore

As I walked the lives of Fonny and Tish during the movie, I entertained in my mind a crowd of other memorable character and friends from the texts listed above: Bigger Thomas and Richard Wright himself, Sethe, Pecola Breedlove, Nel Wright and Sula Peace, Janie Crawford, Celie, Starr, Maya, Cassie, Steve Harmon, Perry, Lonnie Jackson, Cameron, Carla, and Leonard, Wesley Boone, Marie and Lena, Lafayette and Charlie, Newton Buchanan Winger, Grant Wiggins and Jefferson, Miss Jane Pittman, Candy Marshall and Beau Baton and Mathu and Sheriff Mapes, John Lewis, both Wes Moores, Quinn Collins and Rashad, Kenny and the rest of the Watsons, and Jenna and Jeremy.

“All the people who were alive, or who had ever been alive!” A gathering of people I’ve been connected to through these texts—a world of new people to connect to our students!

During this February’s Black History Month and especially for the African American Read-In, I invite you and your students to choose these and other African American stories from the curriculum or library and to meet the people in them and relish their stories.