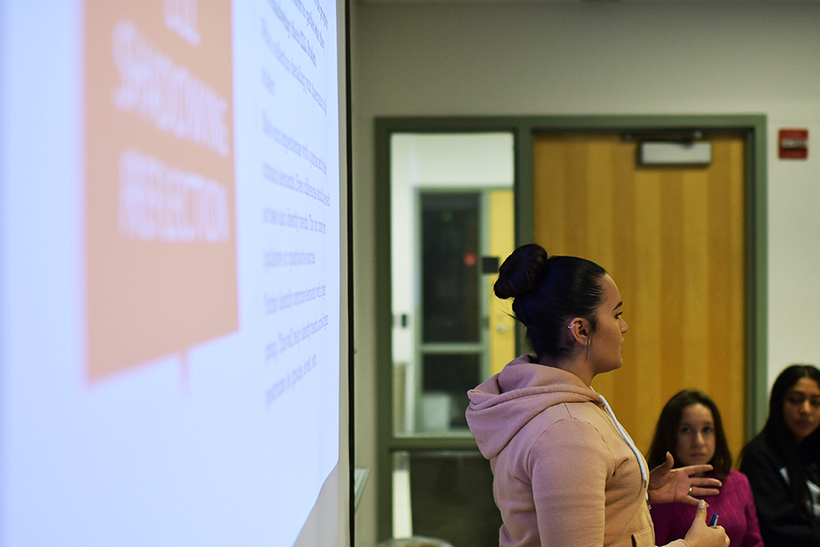 This post was written by NCTE member Katherin Garland, chair of the NCTE Assembly on Computers in English (ACE).

Organizations like NCTE and NAMLE have advocated for students to be either 21st century literate or media literate, respectively. To be 21st century literate, students must be able to “create, critique, analyze, and evaluate multimedia texts” (NCTE Definition of 21st Century Literacies). Similarly, part of NAMLE’s definition for media literacy, includes students’ ability to “access, analyze, evaluate, create, and act using all forms of communication” (Media Literacy Defined).

With both definitions in mind, I sought to create an assignment that would foster preservice teachers’ media and 21st century literacies.

However, instead of focusing on how my students might use or adapt this assignment for their future students, I concentrated on their use of narrative to discuss their varied experiences with education.

Their assignment, simply called Digital Story about Diversity, was separated into five parts to scaffold two concepts: (1) telling a story and (2) planning to use technology.

For this project, students were required to choose one topic with bearing on one of these diversity issues. Next, they were asked to focus their stories in one direction. They could either describe a personal experience that showed how their education was impacted by their cultural identity or they could reflect on their previous K-12 experience with the intent to influence practicing educators’ thinking about a diversity topic.

As a prewriting step, it was important for students to think deeply about what they intended to convey prior to writing. This also helped to differentiate between retelling a story and writing a personal essay. Therefore, students were required to first write out the story with prompts such as this:

It was also imperative that students choose appropriate images for specific parts of the story. As with storyboarding, I asked students to not only gather and show me the photos or videos they planned to use, but also to align images with sections of the story. For example, when a student described his angst with being visually impaired in third grade, I suggested he show his third-grade self in glasses.

By this point, students had developed a story, chosen their images or videos, and created a solid outline. During this part of the process, I wanted to honor students’ varied access and uses of technology. Some students had prior experience with iMovie, while others were only familiar with voiceovers within Power Point. Because of this, students were allowed to use digital storytelling tools with which they were comfortable. However, to avoid last-minute decisions or technology challenges, students were asked to commit to and send to me the type of app or technology they planned to use.

This undergraduate class is not a technology course; therefore, students were simply asked to set aside time at home to learn about and create their digital stories. I did encourage them to use creative features, such as music, colors, fade in/out, titles, subtitles, and credits. These expectations were a part of the assignment’s rubric.

Ultimately, each student’s digital story was personal and powerful. Some were better produced than others due to ability and interest. Consequently, I added a final part: revision.

I provided students with feedback and asked for revised versions for additional points. In the future, I’ll have students review one another’s stories with specific guidelines. This could also mirror the writing process, in which groups/pairs of students share each other’s work, use a rubric, and provide constructive feedback about content or delivery.

This assignment proved to be beneficial in the two ways I had intended. Students understood what it meant to be a diverse student in ways that traditional literacy activities might not afford. Likewise, students stepped out of their comfort zones and learned to be more media and 21st-century literate by using tools and apps in intentional ways.

Katherin Garland is Assistant Professor of Education at Santa Fe College in Gainesville, Florida, and chair of the NCTE Assembly on Computers in English (ACE). The lesson she describes here is similar to presentations given during the ACE workshop, which occurs the Thursday prior to NCTE’s Annual Convention. Twitter: @kegarland