Latest on the First Amendment on Campus - NCTE
Back to Blog 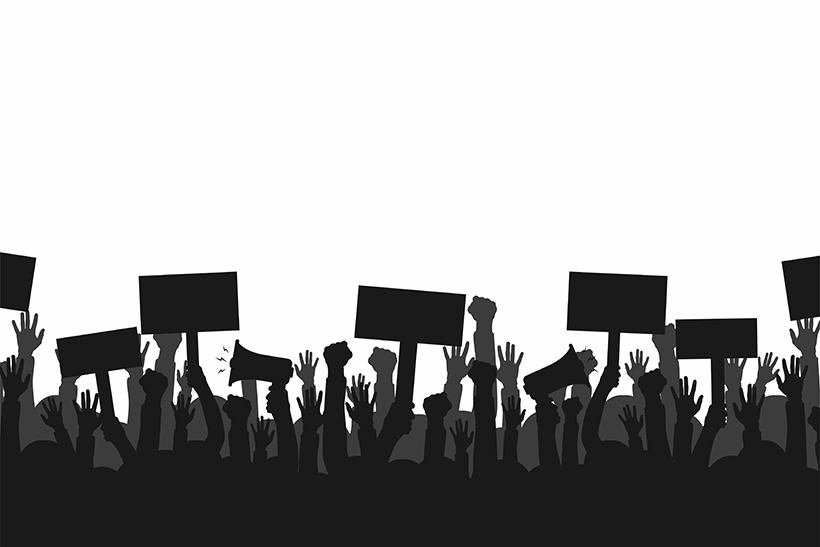 Free speech on college campuses is in the news again—from complaints from “right-wing commentator Ben Shapiro [who] is pushing back against university policies that conservatives say are designed to stifle their speech” (Courthouse News) to a promise from the president to issue an executive order “to make federal research funding for colleges and universities contingent on their support for ‘free speech.’” (Washington Post)  (As of this writing, the executive order has not yet been issued.)

The AAUP and eleven other groups (including NCTE) issued the following statement after President Trump announced in a March 2 speech at the Conservative Political Action Conference that he would soon issue an executive order denying federal research funds to colleges and universities that do not “support free speech, noting,

President Trump’s pledge to issue an executive order that would deny federal research funds to colleges and universities that do not “support free speech” is a dangerous solution to a largely nonexistent problem. American colleges and universities are far from perfect, but with few exceptions they welcome a greater diversity of viewpoints and opinions than just about any other institution in society. Even if the current political environment poses significant problems for free speech, the view that the free exchange of ideas no longer occurs on campuses is grossly exaggerated.

AAUP, NCTE, and the other signatories of the statement embrace University of Chicago President Zimmer’s message on free expression and federal action,

As president of the University of Chicago, I have spoken forcefully and frequently about the importance of free expression, open discourse, and ongoing intellectual challenge as a necessary foundation for a truly empowering education and a research environment that fosters creativity and originality. Students, particularly, need and deserve an opportunity to develop the intellectual skills and habits of mind derived from such an education—to confront the complex challenges they will face in their futures, to give them the capacity their ambition should demand, and to reflect the courage of which they are capable. Failing to provide an education of deep intellectual challenge supported by an environment of free expression is selling students short and would fail to live up to our highest aspirations as educators.

. . . I believe that any action by the Executive Branch that interferes with the ability of higher education institutions to address this problem themselves is misguided and in fact sets a very problematic precedent.

The Chicago Principles developed by that university in 2015 stand as the hallmark policies on campus free speech and academic freedom.  They’ve been adopted by 58 other campuses so far. They note:

As a corollary to the University’s commitment to protect and promote free expression, members of the University community must also act in conformity with the principle of free expression. Although members of the University community are free to criticize and contest the views expressed on campus, and to criticize and contest speakers who are invited to express their views on campus, they may not obstruct or otherwise interfere with the freedom of others to express views they reject or even loathe. To this end, the University has a solemn responsibility not only to promote a lively and fearless freedom of debate and deliberation, but also to protect that freedom when others attempt to restrict it.

For more resources on campus free speech, consult the following:

What Speech Is Free on Campus? Just about All of It!

Who Can Speak Freely on Your Campus?

Who Gets to Speak and Be Heard?