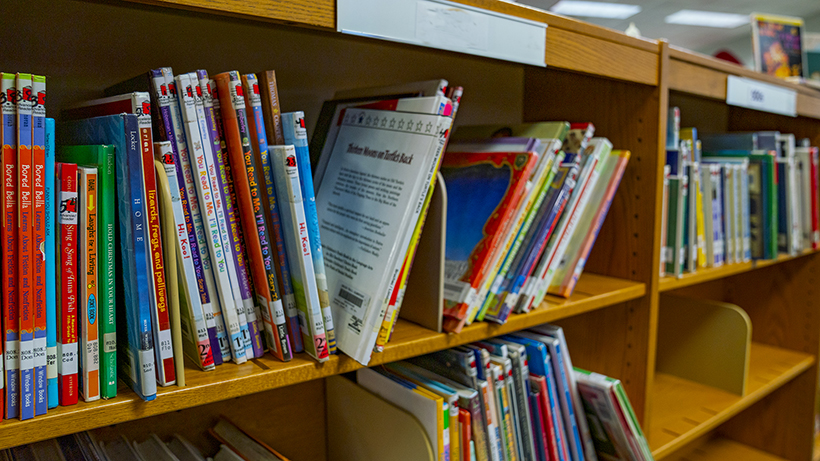 This post was written by Stephen Adam Crawley, a member of NCTE’s LGBTQ Advisory Committee.

Such texts are imperative to provide what Rudine Sims Bishop calls windows and mirrors for youth. Fortunately, a variety of sources exist that educators (e.g., K–12 teachers, public and school librarians, university instructors, parents, etc.) can look to for recommendations and to stay current on what’s available. Examples of such resources include the Mike Morgan & Larry Romans Children’s & Young Adult Literature Stonewall Award and Rainbow Book List.

As educators develop their library (e.g., classroom, school, public, personal) collections and consider which books to share with youth via read-alouds or other literacy engagements, it is important to include diverse depictions of LGBTQ people and experiences. Diverse depictions are important so that youth do not develop stereotypes that all LGBTQ people look the same, act the same, or experience the world in the same ways. By diverse depictions, I mean 1) diversity regarding race, ethnicity, language, social class, religion, disability, and other ways of being, as well as 2) diversity in theme (e.g., topic, storyline, narrative). Attending to these different types of diversity can help youth avoid creating single story understandings of LGBTQ people.

The list is certainly not exhaustive but rather reflects themes that frequently appear. Further, several of the books listed as examples within the categories reflect multiple themes. (For example, In Our Mothers’ House is listed in the “experiencing adversity or anxiety” category, but the book also reflects “family creation” and “everyday lives of families.”)

Therefore, readers should not consider this a definitive list and each theme an exclusionary category. Rather, the themes and examples can be a tool to help build increasingly diverse collections. Within each category, I provide picture book recommendations diverse in character and genre. However, lengthier LGBTQ-inclusive texts (e.g., graphic novels, chapter books for upper elementary grades through young adult) also often reflect these themes. These theme categories may then offer a framework for considering depictions within those texts as well.

Again, these are not the only themes that exist. For example, books like Rough, Tough Charley (a picture book about the life of Charley Parkhurst who presented as male and was a stagecoach driver and rancher during the 19th century) do not easily fit within any of the theme categories yet are important texts to share. However, educators may do well to consider the categories listed above—as well as other themes—when considering their current collections.

For those who already have LGBTQ-inclusive literature in their collections, are the majority of the texts representative of only one or a few of the theme categories? What themes are missing or may need increased representation—either in the collection or when shared more directly with youth?

Such considerations can help educators further increase their diversity of LGBTQ-inclusive literature, thus providing a wider array of windows and mirrors for youth.

1In listing this book, I also acknowledge its critiques. I include it here because few LGBTQ children’s texts depict children of color, especially as focal characters. I concur more #OwnVoices books are needed. While such texts are awaited, children continue to need diverse windows and mirrors that are also respectful, affirming depictions. Additional perspectives about cultural authenticity in children’s literature are available in the NCTE book Stories Matter: The Complexity of Authenticity in Children’s Literature. Stephen Adam Crawley is an assistant professor of literacy education at Oklahoma State University. He is a member of NCTE’s LGBTQ Advisory Committee and was a recipient of the Children’s Literature Assembly 2017 Research Award in which he incorporated many of the books listed here. He can be reached at adam.crawley@okstate.edu.