LGBTQ+ YA Literature: Recommendations for Readers Who Love Magical Realism and Sci-Fi - National Council of Teachers of English
Back to Blog 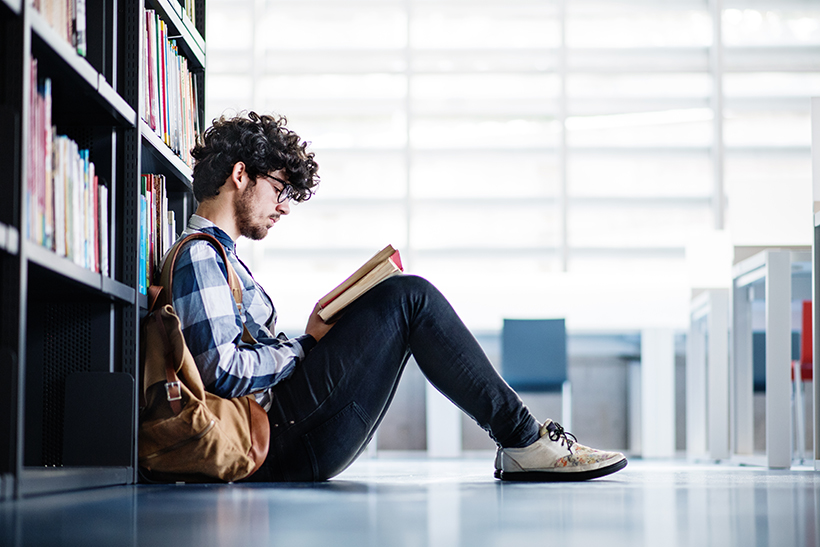 This post was written by NCTE member Summer Melody Pennell, a member of the NCTE LGBTQ Advisory Committee.

Young adult (YA) literature with queer [1] characters is abundant at all reading levels and spans all literary genres.

Readers who enjoy contemporary fiction, memoir, romance, adventure, fantasy, historical fiction, and magical realism can find quality texts with LGBTQ+ main characters. While there are many texts about coming out, meaning when a queer character figures out their sexual orientation or gender identity and begins to live openly, this is not the sole experience of queer people, and many contemporary books go beyond this standard narrative.

As queer students in your classroom may be in different phases of self-realization, it is good to include texts that show LGBTQ+ characters in different emotional states regarding their gender identity and/or sexual orientation, as well as engaging in all kinds of activities and in situations to which teens can relate. It is equally important to provide windows (Sims-Bishop, 1990) for straight students. By having a variety of LGBTQ+ inclusive books, in different genres, all students will benefit.

The books described below are only a small sample of recently-published LGBTQ+-inclusive texts from two of my favorite authors, Anna-Marie McLemore and Shaun David Hutchinson. For more ideas, check the Stonewall Book Awards, YA Pride, and search for LGBTQ+ book lists such as this one from Social Justice Books. Many authors, bloggers, and queer YA readers are also active on Twitter. In my college LGBTQ+ YA course I’ve taught When the Moon Was Ours, in which Miel, a girl who grows roses from her wrists, seeks to discover the secrets of her family history that she has forgotten. Sam, the other protagonist, is on a journey of self-discovery regarding his gender, but his story is so much more. Readers will love McLemore’s use of imagery, especially color, and the mystery will keep them engaged.

In Wild Beauty, flowers are more of a feature, as the Nomeolvides women have an inherited, magical ability to grow flowers. This book has multiple queer characters, including a gender-nonconforming one. I have yet to read Bianca & Roja, but look forward to another story about magical sisters from this  masterful writer, especially as it is based on Snow White and Rose Red and Swan Lake. Shaun David Hutchinson has such a prolific publication record I’m convinced he never sleeps. My college students love We Are the Ants, which is part sci-fi, part realistic fiction novel. The narrator, Henry Denton, is bullied at school, not because he is gay, but because he is a victim of alien abduction. While Henry is dealing with the aftermath of his boyfriend’s death by suicide and his own mental health issues, I’ve found students ultimately enjoy this honest depiction of depression.

In The Apocalypse of Elena Mendoza, which might be described as a mix of magical realism and sci-fi, Elena is a product of virgin birth, and at 16 finds she has magical healing powers when she saves her crush Freddie after she is shot in a Starbucks parking lot. Elena tries to figure out how her powers work and discovers that the world may be ending, and she is left with a big decision to make that could affect everyone. In both Elena and We Are the Ants, Hutchinson writes about characters whose families struggle financially;  students who can relate to the characters and situation will appreciate the sensitive treatment.

These recommendations merely scratch the surface of the available queer YA novels that feature highly engaging narratives, sophisticated writing, and relatable and nuanced characters. If you are looking for ideas on how to teach queer YA in middle and high school classrooms, check out Queer Adolescent Literature as a Complement to the English Language Arts Curriculum, which was edited by NCTE members and includes chapters from several NCTE and LGBTQ Advisory Committee and GSEA members, including me.

Summer Melody Pennell is a member of NCTE’s LGBTQ Advisory Committee and is the current Chair of NCTE’s Genders and Sexualities Equality Alliance (GSEA). She is an assistant professor of English Education at Truman State University where she works with preservice English teachers and also teaches an undergraduate LGBTQ+ YA Literature course for all majors. She can be contacted via email at spennell@truman.edu and found on Twitter @summerpennell.

[1] I use “queer” and “LGBTQ+” interchangeably to indicate non-heterosexual and non-cisgender identities, including but not limited to lesbian, gay, bisexual, transgender, queer, questioning, non-binary, asexual, and pansexual.