Build Your Stack: Using Text Sets to Make Connections Across Human Experiences - NCTE
Back to Blog 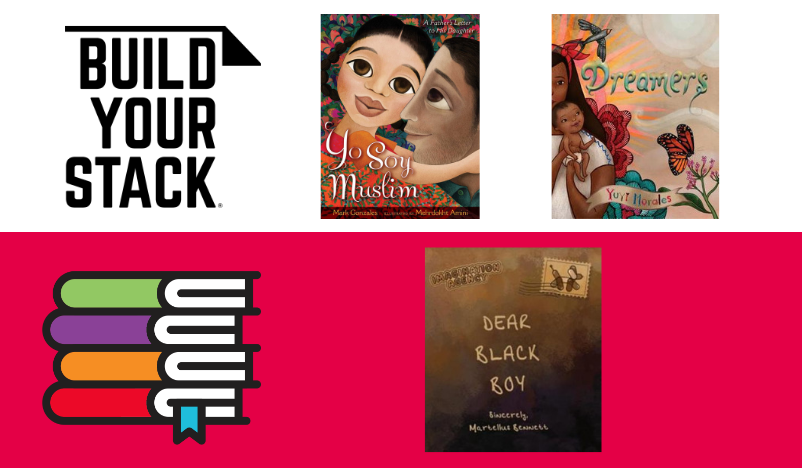 This blog post is part of Build Your Stack,® a new initiative focused exclusively on helping teachers build their book knowledge and their classroom libraries. It was written by NCTE member and Build Your Stack committee chair Lynsey Burkins.

My third graders and I had just finished our second reading of Dear Black Boy by Martellus Bennett, when Daniel raised his hand.

“What do you mean? So are you talking about slavery?” Ashley asked.

“No, not that kind of slavery but maybe people who don’t look like them or like them are trapping them from doing what they want . . . like feeling you are stuck doing what others want,” Daniel tried to explain.

“I want to add to what Daniel is saying. Maybe Martellus Bennett wants them to see their power,” Chris suggested.

“Who do you mean by ‘them?” Tanya probed.

“I mean African American boys. Martellus Bennett wants them to see their power in the game of life,” said Chris.

As I sat trying to capture all the conversation that was ensuing over the book, I couldn’t help but notice the passion students showed as they tried to understand and make sense of the text they shared together for the second time.

Dear Black Boy was the third book in a text set that we were reading as part of our reading unit. Our state standards call for students in third grade to be able to compare and contrast, analyze key points and information, and determine message and or main idea from multiple texts on the same topic.

These are the three texts we worked with: Yo Soy Muslim: A Father’s Letter to His Daughter

Mark Gonzales writes a letter to his daughter about how her life may be as a child with Spanish heritage and Muslim religion. Yuri Morales writes to her child about their experiences immigrating and navigating their “new” world. Martellus Bennett writes a letter to Black boys urging them to pursue the game of life and win.

We used these stems to foster conversation:

Each book was read more than once. It is a practice of mine to always give students the experience of hearing the book first for the experience, then rereading it later to help us engage in critical thinking.

These three books were chosen for multiple reasons, including the format of the books as letters from the authors to children, the fact that they represented topics that interested my students, the authors’ craft in conveying their messages, and the fact that the themes and messages in each text had been explored in other books we had read.

Engaging with these three books, the authors, and their stories moved my class from isolated conversations about race, power, experiences in the United States and other countries, cultures, treatment of “others,” to a more developed collective understanding that these issues are not isolated and are certainly not in the past. Lynsey Burkins has been a passionate educator for over 13 years in Dublin, Ohio. She resides in Westerville, Ohio, with her husband and two children. She is a member of NCTE and writes for the Classroom Communities blog. She lives for the moments when children see themselves in books and recognize that their stories matter too.