A Walk on the Moon - NCTE
Back to Blog 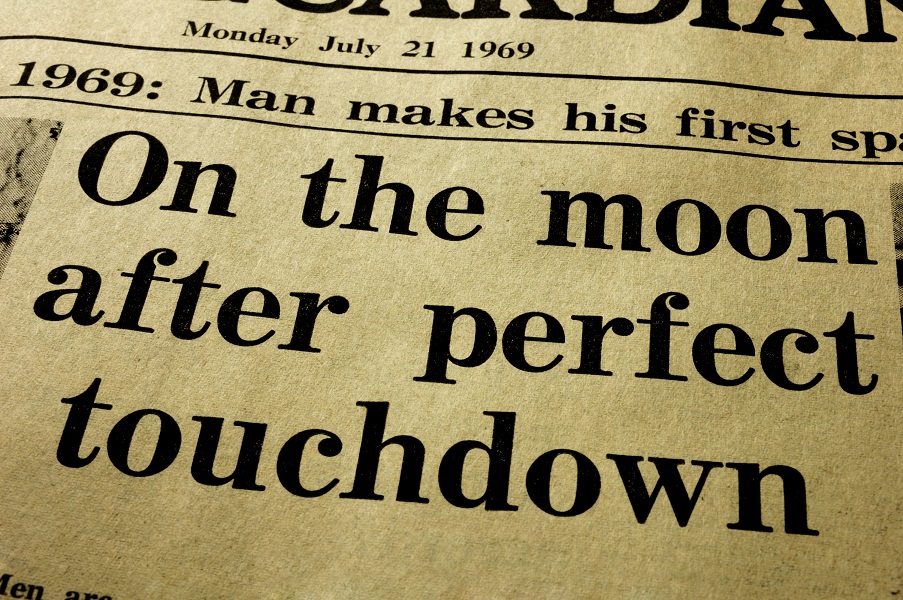 “That’s one small step for man, one giant leap for mankind.” With those words 50 years ago, Neil Armstrong was the first person to step onto the surface of the moon. Armstrong’s historic first step on July 20, 1969, was a hallmark mission in the US space program and marked the first time humans stood on a celestial object other than Earth.

In a classroom setting, you might want to begin your exploration of Armstrong’s famous words by discussing the all-important difference that one word can make. Take the opportunity to discuss the gendered language that Armstrong uses as well in this activity.

After exploring Armstrong’s words in detail, turn to a discussion of why those words were chosen. In a speech at Rice University on September 12, 1962, President John F. Kennedy said, “We choose to go to the moon! We choose to go to the moon in this decade and do the other things—not because they are easy, but because they are hard. Because that goal will serve to organize and measure the best of our abilities and skills, because that challenge is one that we are willing to accept, one we are unwilling to postpone, and one which we intend to win.”

What lessons can we learn from all of this today?