We Have Now Become the Stewards for Our Students: Toni Morrison and the Continuing Journey - NCTE
Back to Blog 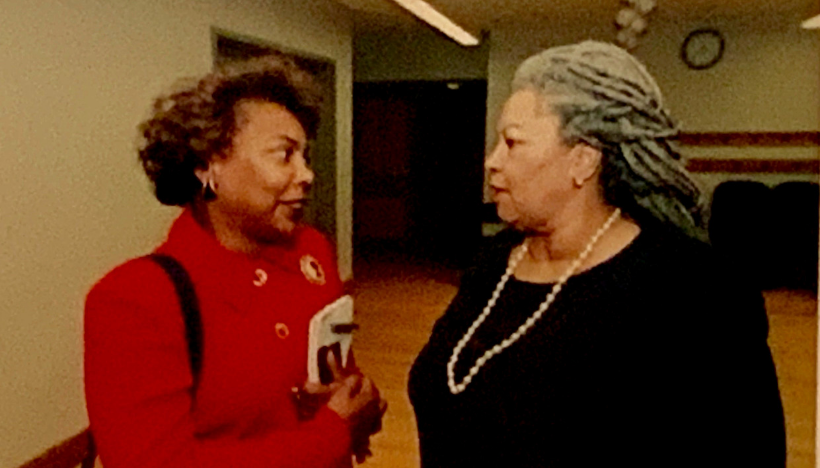 This post was contributed by NCTE Past President, Jocelyn A. Chadwick.

Just as there are good writers, great writers, and monumental writers, books, too, align in the same way. In extremely rare moments, we are fortunate enough to be witnesses of such an alignment. We literally witness and experience the impact and profundity of the written word and the person who crafts, molds, hones the message though fiction, nonfiction, and now media.

Professor Toni Morrison was such a monumental giant whose very thoughts and words illuminated and illustrated us to ourselves—including those parts many of us would rather not see. She went there—fearlessly, courageously, and always, always truthfully. Like Shakespeare, a writer whose works she “knew by the back,” as Jim says in Huckleberry Finn, Prof. Morrison used fiction and nonfiction and her speeches to project her universal messages of never-ending inquiry into who we all are: women, men, transgender, child, adult, Black, White, Asian, Native American, Muslim, agnostic, Christian, Southern, Northern—Difference/Other in all of our unique manifestations. Very few writers provide such depth and resonance in their writing and, in addition, provide insight into their work—rationale, perspective, and yes, caveats for what lies ahead should we fail to heed warnings and signposts, signaling danger or repetition of the past chaos. Professor Toni Morrison is without question in this rarified and cherished category.

Monumental writers challenge readers from the cover of a text to the last page. Every word, punctuation mark, character, actions/reactions are there, drilling into our psyche, helping us, pushing us to see who we really are—underneath—underneath where the hard conversations and issues lie. And in so many of her texts and speeches, children, students like ours, play critical roles.

As ELA teachers—K–graduate—our role now is to hunker down even more, being resolved to privilege our students to hear and see and experience Morrison’s thoughts and texts. This generation, especially, is the perfect audience for her messages, as our students themselves have been hewed from the troubles and uncertainties of terrorism, poverty, inequity, racism, sexism, homophobia, and invisibility, to cite a few concerns and realities that unfortunately define the present world in which they live and in which we must foment lifelong literacy.

Her literature, essays, interviews, and speeches have taken and will continue to guide all of us and our students on journeys into and about ourselves and Other/Difference. Let us never forget that we have been a collective witness to such greatness that was and remains canonical and prescient.