The Process of Langston Hughes - NCTE
Back to Blog 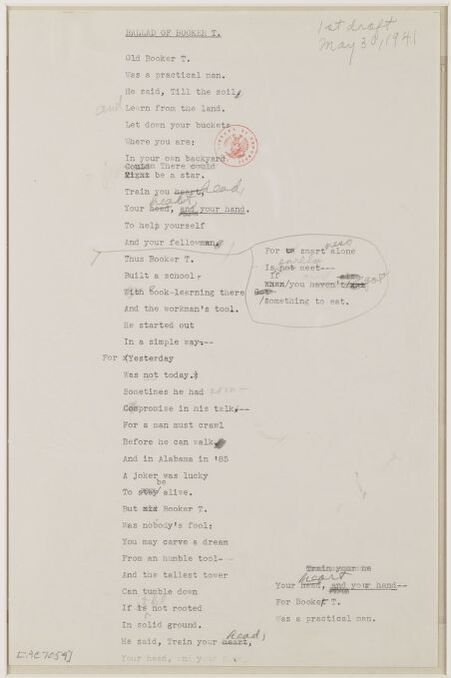 In the 1940s, the poet Langston Hughes was a major author who worked in many different literary forms, from poems and short stories to newspaper columns, essays, and songs. He was also a prominent public figure who produced commentaries on culture and race relations in the United States—one publisher later called him “the unchallenged spokesman of the American Negro.”

One of the pieces Hughes wrote was about African American educator Booker T. Washington. Four typewritten, marked-up drafts and a final copy of Hughes’s poem “Ballad of Booker T.” are available on the Library of Congress Web site, allowing students to follow the creative process as the poet makes changes to his work over the course of three days.

The Library of Congress shares some teaching ideas related to these artifacts:

How have you used authors’ rough drafts to help your students gain insight into the creative process?