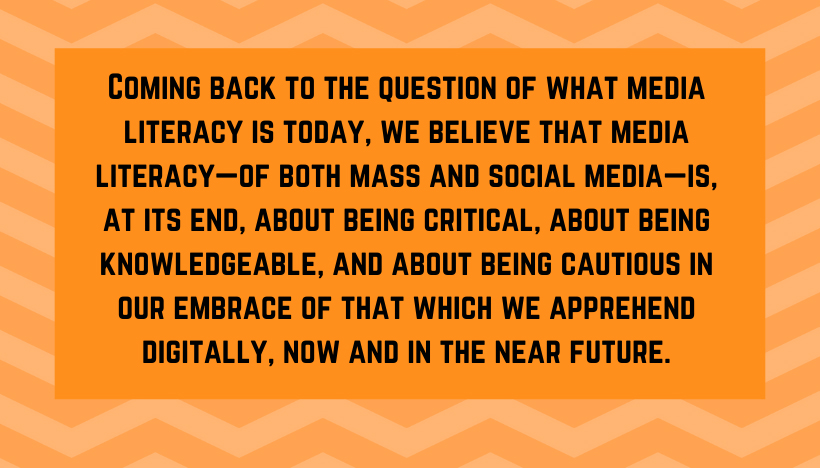 From the Assembly on Computers in English (ACE)

This post was written by NCTE and ACE members J. Patrick McGrail and Ewa McGrail.

In the press and crush of media in all its forms today, we cannot help but note the rise of “influencers” or prominent social media personalities (e.g., Kylie Jenner and Pew Die Pie), who seem to be able to speak with impact to millions of followers. The way they entertain and assemble audiences is quite different from how this is done on traditional media. And social media sites, with the attractiveness of instantaneous connection and comment, have proliferated tremendously, with some falling (e.g., Yik Yak and Vine) and others going strong (e.g., YouTube, Instagram, Snapchat, Twitter, Facebook, Tumblr). But despite precipitous social media rise, and the decline of traditional media, particularly terrestrial radio, these older media do not show signs of being utterly disbanded.

Part of the reason for traditional media’s persistence is its use profile by older audiences. Yet the fact that a small number of influencers have such large audiences forces us to ask if the influencers’ impact can be learned and replicated by the average person. Are questions of personal mastery of one’s brand on a successful social media site a sign of our media “literacy”?

The production methods used by social media influencers have been borrowed from traditional media; such tools as digital cameras and sensitive audio capture devices support both kinds of media. Today’s teachers and communication majors need to know there is no longer a strict dividing line between mass media and social media.

In the beginning, to traditional media producers of television and film, social media was an afterthought, a bunch of people yakking online about this or that. To these traditionalists, none of that mattered. It wasn’t “real” media. In the last decade, as we have seen, all that has changed.

This does not mean that traditional media will lose the distinctiveness that has, for three quarters of a century, driven audiences to them. They are the purveyors of our most tried and true modes of entertainment. We still exult in the availability of long-form comedies and dramas. But such programs are now on the internet, via Netflix, Amazon Prime, Hulu and the other platforms that vie for our attention spans. They are now in the same “place” as social media, on the same screens.

Social media, for their own part, have been influenced by mass media and greatly improved their capturing techniques, although along with more professional looking and sounding pieces, users still make simple dog and cat videos and film people saying stupid things in a funny and fresh way. But now the widespread dissemination of powerful digital tools has shown a dark side. These tools available to social media creators can manipulate video and audio in ways that can deceive the public, which has security and political implications.

Another important difference between traditional and mass media that we should discuss in our classrooms is the danger of long-term exposure to violence on television, film, and in video games. The truth is, these issues are as prevalent as they are ignored, at least in films, video games and in many places on the Internet.

The Federal Communications Commission (FCC), however, will not allow broadcasters an absolute free hand to depict violence or sex on TV in a fully graphic fashion. This is another difference between the internet-founded social media and the traditionally founded television business.

Social media users who want to film people falling down and hurting themselves in exciting new ways neither care about FCC restrictions nor have to—they please only themselves and whoever happens to find them. As long as performers and producers do not run afoul of obscenity laws federally or in their state, they can have at it. Recently, however, the spectre of hate speech, as well as untruthful false news sites, have caused large social media sites like Facebook to consider sanctions against the most egregious purveyors of this questionable material.

So, we can draw some conclusions here, at least for now.

One other looming problem that concerns us and many others, is that of “deep fakes,” or false video and audio constructions of real people—including prominent figures and political leaders—doing and saying things they in fact neither did nor said. On social media in particular, and in news reports on mass media, these can go viral. One must be ever vigilant to this threat.

Social media have enjoyed enormous popularity not least because they are so inexpensive to use, at least at first. But we should heed the word of advertising professionals, who caution us that if a product, site, or app is free to use, that means that we—meaning our attention and our data—are the product. 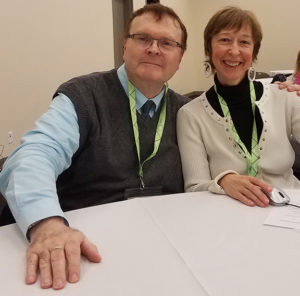 Patrick McGrail is department head and associate professor of Communication at Jacksonville State University. He teaches electronic news, media literacy, and video and film production, and has a research program in copyright and media literacy.

Ewa McGrail is associate professor of Language and Literacy Education at Georgia State University. In her research, she examines new media composition, copyright as well as media literacy, and social representations of outgroups in mass media, popular culture and literature. Ewa McGrail is a past chair of the NCTE Assembly on Computers in English (ACE.)