Build Your Stack: Choosing Titles for a “Reluctant” Male Teen Reader - NCTE
Back to Blog 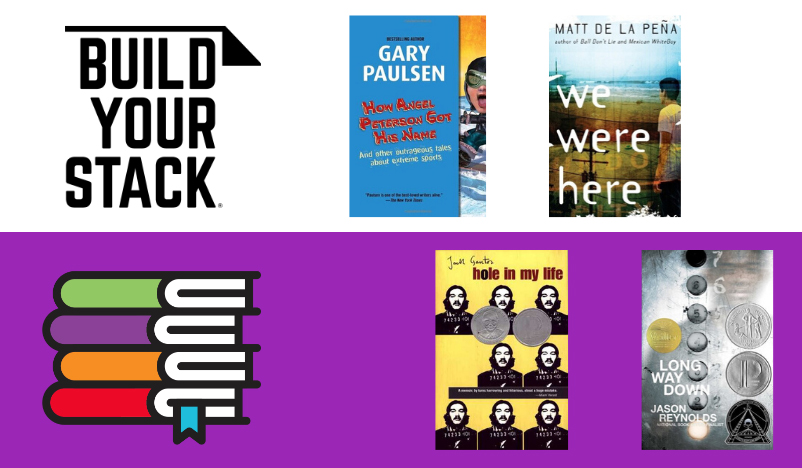 This post was written by NCTE member Daria Bliss. It is part of Build Your Stack,® an NCTE initiative focused exclusively on helping teachers build their book knowledge and their classroom libraries. Build Your Stack® provides a forum for contributors to share books from their classroom experience; inclusion in a blog post does not imply endorsement or promotion of specific books by NCTE.

As I begin my 25th year of teaching, the thing I most look forward to is the opportunity to work with students who are reluctant readers. I realize that might sound crazy, but I firmly believe that the word “reluctant” is only a temporary designation, and I love the challenge it presents. In my experience most readers are reluctant because they haven’t (yet) encountered a book that captured their attention or imagination. They are kids who have never fallen into a story and been able to see, hear, feel, and relate to the protagonist’s journey.

Reluctance has little to do with intelligence and everything to do with connection. Kids who have always been reluctant readers are inexperienced, so their comprehension, vocabulary, and proficiency may not be at grade level (though once they find something they like to read, they will improve noticeably in all of those areas).

They don’t, however, want to read something that looks like a book for young kids. They won’t be particularly impressed by an author’s use of beautiful language; the thing that will hook them and keep them reading is the story,  so it helps if it’s pretty straightforward and has some action right at the beginning. I recommend fairly gritty contemporary realistic fiction or nonfiction most frequently. I avoid stories with non-linear narratives or multiple narrators as they can be confusing and therefore frustrating.

Reluctant readers are likely to be intimidated (though they may not admit it) if the book is too long or the print is too small. Also, consider the fact that decoding issues, such as dyslexia, may contribute to their reluctance and may keep them from being able to “hear the story” in their minds as they read. It’s okay to offer the option to listen to an audiobook. Of course, once you have gained students’ trust and they have a few books under their belts, most of these guidelines become irrelevant.

Below, I build a stack for a reader who looks like many of the students I’ve had over the years. This reader is a male between the ages of 16 to 19 years old. He’s a guy who’s never read a book all the way through, and who’s never been very engaged in a traditional ELA classroom setting. This kid will cross his arms, look you dead in the eye with a certain level of pride and say, “I don’t read. There aren’t any books I like. I’ve never read a book all the way through, and I never will.” For this reader, I’m recommending four tried and true titles. 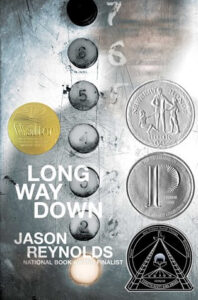 Long Way Down
by Jason Reynolds
After Will’s older brother Shawn is gunned down in the street, Will knows he must follow the rules of the neighborhood: Don’t cry. Don’t snitch. Always get revenge. Will knows exactly who killed Shawn . . . or does he? In the one-and-a-half minute elevator ride with Shawn’s gun tucked into his waistband, Will meets six people who challenge his thinking. This novel-in-verse is a lightning fast read with a strong voice and an ending that will make readers want to yell. 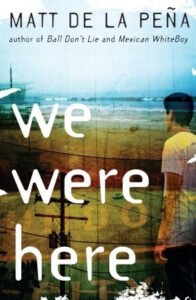 We Were Here
by Matt de la Peña
Miguel Castaneda is 15 and has committed a crime for which he cannot forgive himself. Miguel is sentenced to a group home and it is there that another boy convinces Miguel and his roommate to break out and run away to Mexico. All three boys have stories that will break your heart and, even though what they’re doing is desperately illegal and definitely stupid, you can’t help but cheer for them. And, when Miguel finally reveals and begins to come to terms with his crime, it will break even the most stoic of hearts . . . guaranteed. 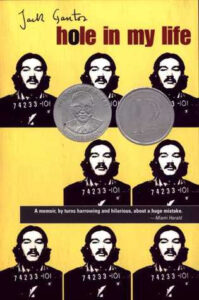 Hole in My Life
by Jack Gantos
In this gripping memoir, author Jack Gantos relates the story of the time he was hired to help transport a boat filled with hashish from the Virgin Islands to New York City. The lure of the money and adventure are irresistible to 19-year-old Jack, but he gets caught and is sentenced to six years in prison. Gantos is honest about his exploits and experiences and shows how he used that time in prison to become the writer and person he is today. 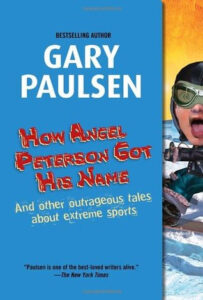 How Angel Peterson Got His Name
by Gary Paulsen
This slim memoir is chock full of stories of the ridiculous things Paulsen and his friends did as teens in the 1950’s when they had a lot of unsupervised time and even more fearlessness (foolishness?)—riding bikes through rings of fire, wrestling bears at fairs, and pulling a skier behind a car going 80 miles an hour, to name just a few. As teens haven’t changed much since Paulsen was a teen, they’re likely to relate to many of the hijinks . . . though you should probably hand this one over with the caveat, “Don’t try this at home.” 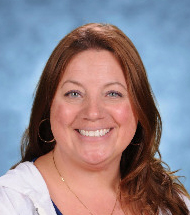 Daria Bliss has worked in alternative high school settings for 23 of her 25 years of teaching. She is currently an English teacher at Traverse City High School in Traverse City, Michigan. She is a past-president of the Assembly on Literature for Adolescents of the NCTE (ALAN), and is currently the organization’s treasurer. She is also the author of Commando Classics: A Field Manual for Helping Teens Understand (and Maybe Even Enjoy) Classic Literature (VOYA Press, 2012).