Identity, Community, and Family: What Love, Victor Can Teach Us about Our Classrooms - NCTE
Back to Blog 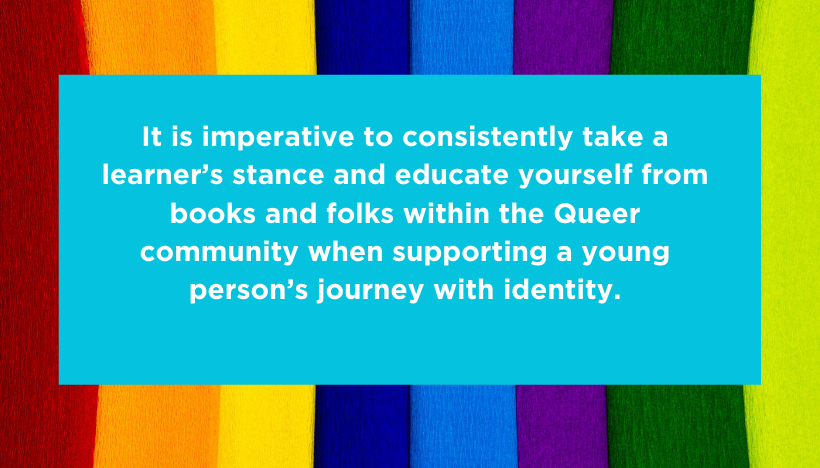 This post was written by LaMar Timmons-Long and Cody Miller, members of the NCTE LGBTQ Advisory Committee.

On June 17th, Hulu released the original series, Love, Victor. The show was created as a television sequel to Love, Simon, which was the cinematic adaptation of the young adult novel Simon vs. the Homo Sapiens Agenda. Love, Simon focused on the emotional journey of an upper-middle class, White cisgender gay character coming to terms with his sexuality in suburban Atlanta. Set in the same school as the original movie, Love, Victor centers a working class, Latinx cisgender character sorting out his own sexual identity in the midst of a recent move from Texas. Throughout the show’s 10-episode run, Simon gives Victor advice through Instagram direct messages. In episode eight, Victor takes a trip to New York and finally meets Simon along with Bram (Simon’s boyfriend from the movie), and their queer roommates. The importance of LGBTQ community and kinship is a vital theme that animates the show’s run.

As with any text, we have critiques of the show as well as praise, but for this piece, we want to focus on how we believe Love, Victor can inform our classroom practices. We’ve spent hours discussing the show since it first aired in late June. Love, Victor speaks to both of us as queer educators for various important reasons.

As a Black queer educator whose work is centered on amplifiying Black and Brown students’ voices and experiences, especially Black and Brown queer youth, it was a privilege to watch the show Love, Victor and see how the intersectionality of identity and faith can cause a person to ponder their place in the world. Truthfully, Love, Victor, paints a vivid picture of the journey of identity for our youth. This television show has given light to an issue that any queer youth face throughout their teenage years.

As a cisgender, White queer teacher who has had the honor to spend many hours before, during, and after school working and sharing life experiences with LGBTQ students, there was something particularly moving about watching the titular character from Love, Simon give life advice to the eponymous character from Love, Victor. The particular scene in episode eight, “Boys’ Trip,” reminded me of the knowledge I bring as a queer educator to schooling spaces.

LGBTQ people have historically created their own chosen family in response to rejection and oppressive policies. These chosen families provide emotional as well as material support that are life-saving. They represent a type of queer kinship that bind together LGBTQ people in ways that don’t always align with dominant ways of thinking about family. Journalist Sandy Allen reminds us that family is “less a noun and more a verb.” Simon, as we see throughout the film that bears his name, comes from an upper-middle class White family who accept him for being gay. It is important to note that from a material and emotional standpoint, Simon has privileges that many LGBTQ people who construct chosen families do not.

In the eighth episode, the chosen family that Simon and his friends have created quickly expand their circle to envelop Victor, someone they mostly know through secondhand accounts and Instagram direct messages. Simon informs Victor that he shared Victor’s troubles with his roommates not to shame or mock Victor’s naiveté, but to draw on their collective queer knowledges to support Victor in navigating his particular contexts. Simon names his own privileges in this moment and acknowledges the limitations of his own experiences. Rather than position himself as some type of omniscient figure who can universalize his experiences onto others, Simon informs Victor that his sagacious social media messages have been informed by Simon’s chosen family. In this moment, the strength of queer kinship shines.

In addition to being a warming narrative to watch in an especially difficult time, Love, Victor also offers insights into how to imagine our classrooms and teachings as spaces where LGBTQ youth can be affirmed and loved. Scholars like Ed Brockenbrough and LGBTQ Advisory Committee member Summer Pennell have studied how queer kindship can manifest in educational spaces. We take their insights and our own to offer the following:

We hope these suggestions inform your own teaching in the upcoming school year. Our LGBTQ students deserve loving and affirming spaces. The type of affirming experiences Victor and Simon have in their narratives shouldn’t be relegated to fiction. Lessons from Love, Victor can be used to make these experiences part of daily life for LGBTQ youth. LaMar Timmons-Long, a member of the NCTE LGBTQ Advisory Committee, is an English teacher in New York City and an adjunct professor at Pace University’s School of Education. He is passionate about racial linguistics, anti-racist education, social justice and equity in schools concerning all students of color and LGBTQA+ youth. You can follow him on Twitter @teachltl.