Atticus Finch, Abraham Lincoln, and the Imagination of White Educators - NCTE
Back to Blog 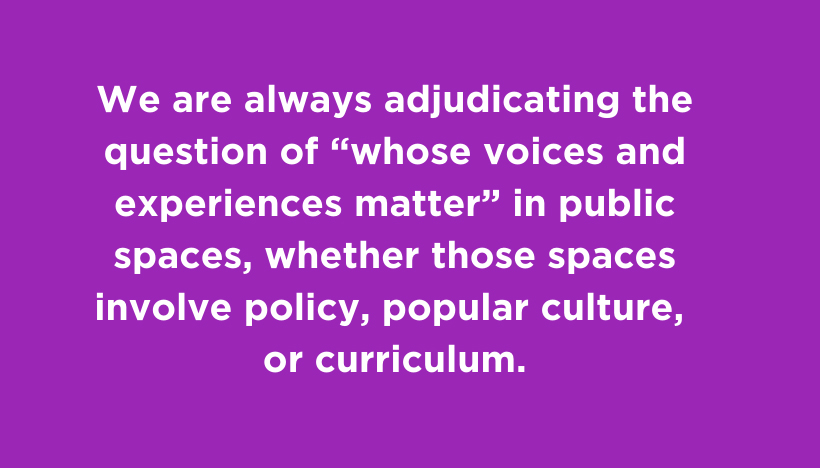 “My early assumptions as a reader were that Black people signified little or nothing in the imagination of white American writers.”—Toni Morrison, Playing in the Dark: Whiteness and the Literary Imagination

The fictional lawyer Atticus Finch and the real-life president Abraham Lincoln occupy the same space and play the same role in the white imagination. Both Lincoln and Finch are hailed by white Americans as pivotal figures who stood up against racism in singular moments of clarity. This version of the sixteenth president is what journalist Mark Charles calls the “mythological Abraham Lincoln,” which erases Lincoln’s orchestrated violence against the Navajo and Dakota peoples. Furthermore, Lincoln’s reasoning on and role in the abolishment of slavery has been grossly simplified in national memory and history textbooks. Recently, historian Carol Anderson noted in White Rage that Lincoln’s framing of the Civil War revealed the “power of racism over patriotism.” And Atticus Finch has long been read critically as a white savior by literary scholars.

Yet the defenses of both Lincoln and Finch remain robust by both white public writers and white public teachers. In his recent column on the importance of Juneteenth, journalist Jamelle Bouie outlines the important role that Black Americans played in Emancipation and in life after the Civil War. Bouie’s well-researched and well-constructed essay was wrongly criticized by columnist Andrew Sullivan for erasing the Union Army’s and Abraham Lincoln’s contributions to Emancipation. Twitter comments about the piece reveal a white imagination that equates naming the contributions of Black Americans in the struggle for liberation with erasure of a prominent political figure.

This type of uncritical reaction is typical in responses to calls to rethink the role of To Kill a Mockingbird in secondary English curriculum. As Lorena Germán notes, challenging the book’s prominence in English curriculum “is perceived as a threat to many [white educators] because it forces them to have to reconsider their own moral compass as well as question their own teaching approach.” In the white imagination, Finch and Lincoln are central to the story of racial progress in this country. However, their placement not only obscures the contributions of Black Americans but also perpetuates myths about racism as a uniquely regional issue.

Both the narrow, nationalistic narrative of Lincoln perpetuated in history books and the outsized place held by Atticus Finch in English language arts curriculum rely on a false binary view of racism in the United States that positions the South as uniquely “racist” and the North as “not racist.” This narrative binary absolves white Northerners of their part in maintaining white supremacy while reinforcing classist stereotypes of white Southerners that belie the ways in which class and gender shaped racial hierarchies in the South.

To a degree, both Lincoln and Finch are outsiders who must come in and “correct” the South. This narrative actively erases the work of Black Southern activists, abolitionists, and philosophers whose work was foundational in constructing our current conceptualizations of democracy.

Writing about Harper Lee’s novel, historian Ibram X. Kendi notes that the “teeming Black activism of that era was absent from To Kill a Mockingbird” and that Black characters are depicted as “spectators, waiting and hoping and singing for a White savior, and thankful for the moral heroism of lawyer Atticus Finch.”

Lincoln himself, according to Kendi, looked in the mirror and saw a “liberating shepherd of Black people, who were in need of civilizing direction.”

Subsequently, this narrative works to cover up the ways in which racism operates in Northern states, including through racist legal structures that maintain white supremacy. The common social studies treatment of Lincoln and the typical approach to teaching Atticus Finch implicate some white people in upholding white supremacy while making it clear that “not all white people” have a role in obstructing racist policies, due to their geographic location. In other words, the “North is good and South is bad” binary lets white northerners off the hook for maintaining racist systems.

I am not suggesting that Abraham Lincoln did not play a role in abolishing the legal system of slavery. Nor am I suggesting that Atticus Finch did not try to use his attorney power to minimize the harm of the racist legal system in Maycomb for at least one individual. However, I do believe that the common ways in which I and other white Americans have understood and taught these stories overemphasize the role of individual white people and minimize the importance of Black people in movements whose names are never honored in secondary curriculum.

In writing about the importance of Juneteenth, Jamelle Bouie notes that the holiday “gives us an opportunity to remember that American democracy has more authors than the shrewd lawyers and erudite farmer-philosophers of the Revolution, that our experiment in liberty owes as much to the men and women who toiled in bondage as it does to anyone else in this nation’s history.”

Atticus Finch, like To Kill a Mockingbird overall, seems concerned only with the “shrewd lawyers.” The hagiographic rendering of Atticus Finch, and of Abraham Lincoln, stem from the same ideology: white saviorism married to erasure of the autonomy and agency of Black activists in their pursuit of liberation.

As Bouie notes, historians have been challenging the savior narrative of Lincoln and the Union for at least four decades, but such academic history has yet to filter “down to the level of popular history.” This lag, combined with the “white-centric popular Civil War history,” sustains a public discourse that is hostile to decentering Abraham Lincoln in American history and Atticus Finch in English classrooms and in the literary canon. Fortunately, our classrooms can provide space to accelerate the progress of academic history and close the gap between history associated with the academy and history associated with popular memory.

We are always adjudicating the question of “whose voices and experiences matter” in public spaces, whether those spaces involve policy, popular culture, or curriculum. Lionizing individuals such as Lincoln and Finch not only erases the ways in which they have upheld racist ideas; it also minimizes (even erases) the roles played by everyday activists to push political leaders and lawyers such as Lincoln and Finch in the direction of justice. Centering Lincoln and Finch privileges the process of legal institutions and individuals rather than the activists who demand that those institutions change and then organize to align political leaders with their demands. Trans rights lawyer Chase Strangio questioned people “who would credit the Supreme Court with something while overlooking the people who fought and died for that victory.”

Too often, Lincoln and Finch play the role of savior of the system, both in curriculum and in popular imagination, for white educators. Morrison calls us to examine “places where imagination sabotages itself, locks its own gates, pollutes its vision.” It is time for us white educators to radically reconsider the role of Abraham Lincoln and Atticus Finch in both our curriculum and our imagination, with the aims of unlocking our gates and purifying our vision.