What the Canon Means Now - NCTE
Back to Blog 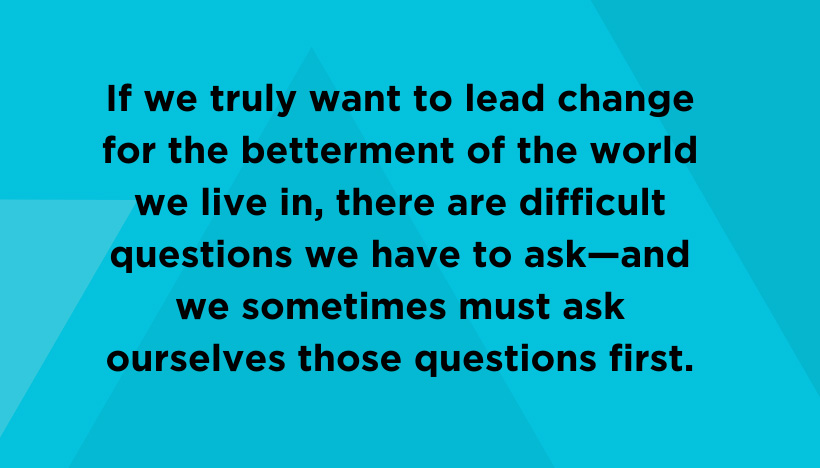 This post was written by NCTE member Jason D. DeHart.

Asking to matter does not seem like so much. In fact, it seems to be a “bare minimum” of humanity. As a reading teacher, I strive to ensure that all of my students receive the message that they matter. Yet, the phrase Black Lives Matter has led a charge in the past few years and this summer that has been embraced by some and discounted or vilified by others. As I reflect on this statement, given our current climate of misinformation, white supremacy, and pandemic living, I note that so many challenges lie ahead for educators. If we truly want to lead change for the betterment of the world we live in, there are difficult questions we have to ask—and we sometimes must ask ourselves those questions first.

There was a time that the privilege I experienced as a white male led me to believe that racial inequality was a settled matter. Clearly, that is not the case, and the battle continues. In my work, I am most struck by the stated need for my upcoming methods students to learn about classic works of canonical literature in order to effectively teach young adolescent readers. Part of this post is a challenge to think beyond the restrictive and traditionalist approaches to what counts as meaningful text in literacy instruction.

It seems like an anachronism to focus all of our literary and literacy education on the voices of privilege that so overtly dominate what counts as canonical text. While I do not wish to disregard voices from the past, I feel a more relevant and well-rounded pedagogy focuses on the voices of all people—the human narrative that we find throughout literature. I circle back to the question: What does it mean to be a literate and literary-conscious reader, writer, and thinker in the 21st century world?

While voices like Spenser, Shakespeare, Milton, and others reaching into the Age of Enlightenment and Victorian period allow readers to trace a history of one language and one dimension of cultural voice and development, the human story is far richer and more complex. Prioritizing only the works of Western literature fails to take into account the myriad of voices that can shape a meaningful classroom experience. In an example that is often cited, educators frequently turn to Harper Lee’s account of racial inequality in To Kill a Mockingbird, but voices exist who know this experience firsthand as not only witnesses to but victims of social tyranny. I am not advocating for the upending of traditional texts or the removal of a series of literary statues—rather, I am suggesting that our pedagogy is limited and our vision of the world is stunted if we only focus on the voices that have so often been used to prop up essentialist literary education.

What are those voices which can encourage our students to think about both the history of our culture, and the ways in which the world can be improved? Who are the authors who represent our students’ lives and interests—and who can challenge our students to see life from another’s perspective?

Those are the voices I wish to highlight.

As a colleague recently reminded me, this work begins with my own reflection and desire to become better. Change, in so many ways, begins with me as the teacher. In an honest reflection on my classroom practice and evaluation of the texts I used in middle grades instruction, there were small moments of antiracist pedagogy. For example, I resisted the urge to only teach African American authors in February. I sought to include Latinx voices throughout the year, as well as Asian American and female authors.

Yet, when I think about the balance of traditional voices and take an account of the perspectives I prioritized, my whole-class novel studies were all white authors and mostly male. In the moments I included texts that could challenge racism, the authors I included were not representative of #ownvoices, but were also white writers speaking to a need to embrace the “others” (Harper Lee, Theodore Taylor, and John Steinbeck). And while I included non-canonical texts that were popular in nature, even those authors did not typically or overtly speak to a richer cultural experience.

So, while Asian American, Latinx, and African American voices were heard in my classroom, they were often relegated to short stories and brief vignettes, and were often sampled from the anthology textbook provided by the school. These written experiences existed as soundbites in contrast to the ongoing stream of the dominant narrative.

I have learned so much since then, and my pedagogy is still in the stages of transformation. I always want to reflect, and I always want to improve. This fall, I am highlighting the voices of Jasmine Warga in the verse novel Other Words for Home, Jerry Craft in the graphic novel New Kid, and Kwame Mbalia in Tristan Strong Punches a Hole in the Sky, to name a few. I have a strong desire to include a wide range of voices in my literacy instruction, and I have an ever-stronger focus on being a thoughtful, reflective ally and advocate.

My next steps as a teacher (and human being) are to continue to strive for building a classroom environment that is more like a cultural tapestry, and less like a timeline in the historical development of the British novel. I want to share narratives and ideas that capture the imaginations of all of my students, that feature author identities that represent a range of experiences, and that lead my students to see themselves as rich cultural assets with voices that do, indeed, matter. I recognize that this work begins with me, both in the voices I celebrate and in the ways I work as an educator.

This is critical and uncomfortable work—but it is worth doing. 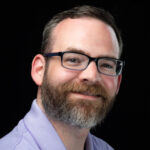