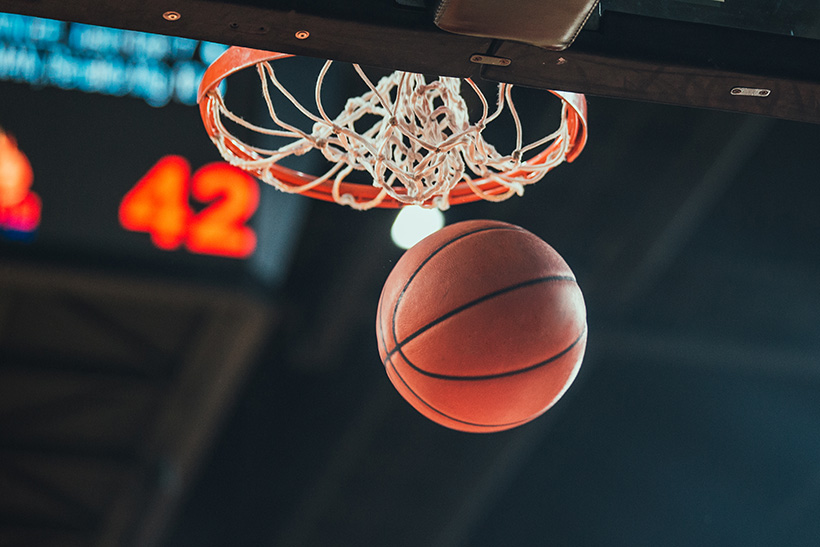 This post was written by NCTE member Luke Rodesiler.

Over time, sports culture has been established as a site of resistance, with athletes of yesteryear (e.g., Lew Alcindor, the Syracuse 8) and the modern day (e.g., Megan Rapinoe, players across the WNBA) fighting for social justice. It is no surprise, then, that many sports-related texts provide teachers with high-interest avenues for promoting social justice in the English language arts classroom.

Below I highlight three such texts. Each book is a distinct work of sports-related nonfiction published in 2020 that can be used to facilitate meaningful discussions about social justice or otherwise serve as a springboard into research projects that extend literacy learning at the intersections of sports and society. 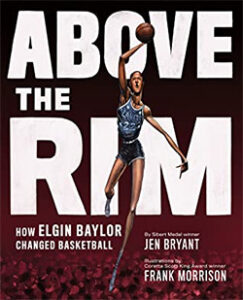 Above the Rim: How Elgin Baylor Changed Basketball

When recalling historic athletes who promoted social justice, Olympians Tommie Smith and John Carlos, boxing champ Muhammad Ali, and tennis star Billie Jean King quickly come to mind. Though often overlooked, basketball great Elgin Baylor is also noteworthy, for he conducted a one-man civil rights protest in 1959. Specifically, he refused to suit up for the Minneapolis Lakers after he and Black teammates Ed Fleming and Boo Ellis were refused service in Charleston, West Virginia, the site of a game against the Cincinnati Royals. The protest prompted change, for it was soon declared that no NBA team would play in a segregated state unless accommodations for all players were guaranteed. Baylor’s story is captured in Bryant and Morrison’s picture book, which can be read with students at virtually any grade level to support the exploration of social justice, the power of protest, and athlete activism. 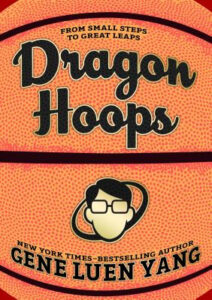 Yang, a renowned graphic novelist, documents the 2014–2015 Bishop O’Dowd High School (CA) men’s varsity basketball season in this award-winning graphic memoir. Along the way, he recounts his experiences as a teacher at the school, as a cartoonist, and as a family man. He also incorporates stories about the history of basketball, including its creation by Dr. James Naismith; its adoption by Senda Berenson, who introduced women to the game; and its expansion into China. Opportunities for discussions about sociopolitical issues such as racism, equity, and religious persecution arise throughout. Moreover, one of the book’s notable motifs reflects the idea of having the courage to step into the unknown, just as the Dragons do each game, risking failure and subjecting themselves to the vitriol of hostile crowds. Maintaining such courage is surely relevant when taking up the fight for social justice. 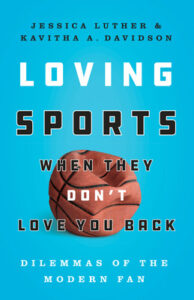 Loving Sports When They Don’t Love You Back: Dilemmas of the Modern Fan

Teachers eager to promote social justice by facilitating critical readings of sports culture are sure to appreciate this book by sportswriters Luther and Davidson. The authors acknowledge the joys of sports fandom (e.g., camaraderie, the thrill of victory) but contend that many fans inevitably experience a crisis of conscience, for many of society’s ills (e.g., racism, sexism, homophobia) permeate sports culture. Each chapter, then, presents a moral dilemma faced by modern sports fans, giving students a chance to explore sociopolitical issues in the context of sports culture. Addressing topics such as inequitable compensation, racist mascots, and the marginalization of LGBTQ+ sports figures, the book offers valuable opportunities for promoting social justice. Whether sharing excerpts or the text in full, teachers can use Luther and Davidson’s book to facilitate discussions, launch inquiry projects, or otherwise position students to critically examine timely issues in sports and society.

Luke Rodesiler is an associate professor of education at Purdue University Fort Wayne. Along with Alan Brown, he is the coeditor of Developing Contemporary Literacies through Sports: A Guide for the English Classroom (NCTE, 2016). He can be reached via email at rodesill@pfw.edu or on Twitter @rodesiler.

Visit the companion website for Developing Contemporary Literacies through Sports