The Other Pandemic: Anti-Asian Sentiment - National Council of Teachers of English
Back to Blog 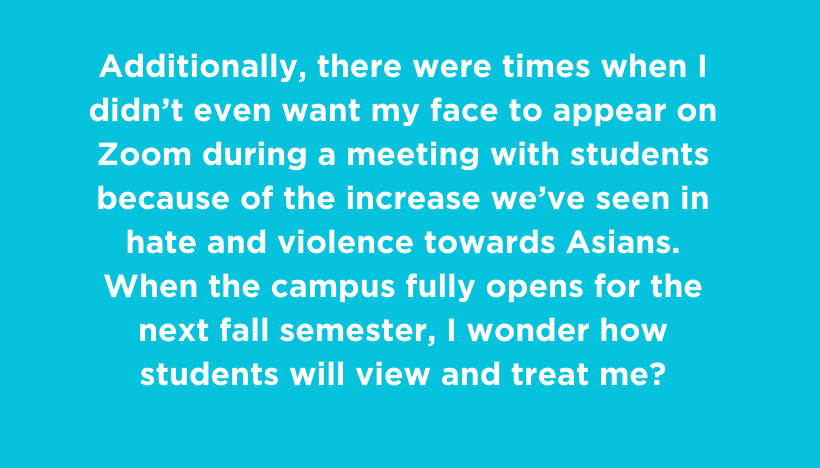 This post was written by NCTE member John Hansen.

When news reports surfaced in January of 2020 that China was where COVID-19 may have originated, I let out a deep sigh to myself and looked away from the television. As an Asian American, I felt a sense of dread. My son noticed and asked me, “What’s wrong, daddy?” “Oh, nothing, don’t worry about it, buddy,” I said smiling in his direction.

I sat there for a few minutes knowing there was a good chance of seeing more stares or hearing more racist comments when I was in public. It brought back similar sentiments from the Virginia Tech shooting in 2007, when I was a senior at the University of Iowa. Only back then, the sigh I gave in my one-bedroom apartment on S. Dodge Street went unheard.

For the next few weeks, I decided to not ride the CAMBUS to classes, not to go out on Thursday nights, and not to go out with friends to the Airliner, a sports bar in Iowa City. I even participated less in class discussions. Perhaps, I thought, this would help me keep a low-profile until things blew over. I thought playing more basketball at the rec center would be a safer activity. It wasn’t. I should have known better. During a pickup game, I had made two 3-pointers in a row and as we were going down the floor, one of the opposing players blurted out “Hey, can someone cover that f—–g g–k!?”

I’ve always noticed racism towards Asians—in the form of jokes and racist comments—whether during team sports, parties, or hanging out at the mall. Even today, I can’t figure it out and don’t think I ever will. While I heard the occasional racist term or comment in high school or college, it was often because I was doing something well or something that was deemed “cool”: like the time at a local bar when I danced with a popular girl and two men said “Look at this d*****s Chinaman.” There were other Caucasian couples dancing together. Was I not good enough to dance with a girl as well? Did these men think I was taking on a role reserved for people like themselves?

Later, after moving to Arizona, I was at a gas station. A large truck pulled up with a KKK decal proudly stuck on the window. One of the five men got out and began to interrogate me—he wanted to know my name and why I was in town. Yet his condescending tone shifted when, in a clear Midwestern accent, I told him I worked at the community college. “I’ll tell the guys not to mess with you,” he said.

Until the pandemic, I had been one of the “lucky” Asian Americans—I’d only dealt with verbal racism. However, this past March, as I walked out of a local store in town, I heard some yelling in the parking lot. I thought the commotion was directed at others nearby. As I got into my car, I saw two men in their early twenties quickly approach me. I heard them yell derogatory comments and tell me to “Get the f–k out of here. We don’t want your kind here.” They gestured with their arms and hands pointing to the parking lot exit. After I shut my door, they began to beat the hood like a drum. I had it. I got out of my car and once they saw my six-foot-one frame and the anger on my face, they jogged away. But what happens to Asians who are unable to fight back and stand up for themselves?

Not only has the pandemic heightened my awareness of being a Korean American (and my surroundings), but this apprehension has spilled over into being a college English instructor. Before COVID-19, I’d always have a few students on the first day of a face-to-face class look puzzled to see an Asian man standing at the front of the room for their composition or literature course. They would often ask hesitantly “Is this English 101?” “Yes, it is,” I’d say smiling and warmly ask them to sit anywhere they would like. I would also try to make small talk with these students because I always felt that if they could hear me speak clearly or know a little bit more about my schooling or personal life, it might lessen whatever fear or anxiety they had of me teaching them about essay writing or British literature.

I was hired to teach English courses online and I’m even more thankful for that opportunity now. The learning management system at the college has a feature which allows you to upload a profile picture. I’ve always been hesitant to put one up and now it is out of the question. I figure it would help lessen any anger a student felt if they did hold a grudge towards Asians because of COVID-19 or if they didn’t think it was right that an Asian was teaching them about the English discipline.

Additionally, there were times when I didn’t even want my face to appear on Zoom during a meeting with students because of the increase we’ve seen in hate and violence towards Asians. When the campus fully opens for the next fall semester, I wonder how students will view and treat me?

I hope that more Asian Americans write about their struggles and experiences and that more publications are willing to share their perspectives. We need for more people to be aware of and to take seriously anti-Asian sentiment. 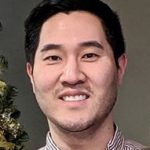 John Hansen received a BA in English from the University of Iowa and an MA in English literature from Oklahoma State University. His work has appeared or is forthcoming in The Summerset Review, Spillwords Press, Trouvaille Review, 50-Word Stories, One Sentence Poems, Schuylkill Valley Journal, Eunoia Review, Amethyst Review, Sparks of Calliope, and elsewhere. He is on the English faculty at Mohave Community College in Arizona. Read more at johnphansen.com.