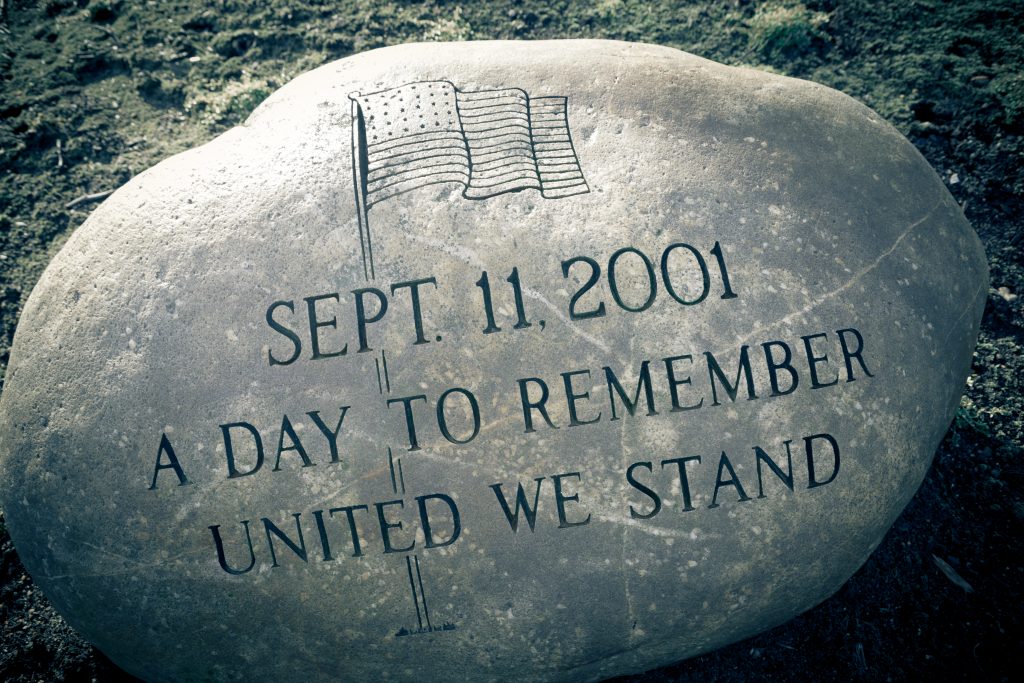 To mark the anniversary of the bombing of the World Trade Center and the Pentagon in 2001 and the memory of United Airlines Flight 93, President Bush proclaimed that September 11 be named Patriot Day. On that day, the proclamation asks that flags be flown at half-mast and that the day be marked by ceremonies, candlelight vigils, and other remembrance services. This year marks the 20th anniversary of September 11th attacks. While many of our students were not old enough to remember the event as it happened, it is day worth commemorating. Find ideas in the following resources from NCTE and ReadWriteThink.org.

NCTE recognized the heroism of all the teachers who were in the classroom that fateful day in its 2001 Resolution on Teaching in a Time of Crisis, noting the importance of literature and writing as vehicles for students to grapple with fear, loss, and grief.

September 11 has been declared a day of service, of giving of oneself, of volunteering for a cause we believe in or helping those who cannot help themselves. Vasiliki Antzoulis beautifully illustrates in “Writing to Heal, Understand, and Cope” how on her fourth day of student teaching she had to face unimaginable tragedy as her students ran from Stuyvesant High School watching the Twin Towers fall. She assigned her students various poems of death and loss, suggesting they write poetry to encapsulate their feelings. She ended with John Lennon’s “Imagine,” asking them to envision and describe a world of hope.

In “Sharing Stories and Developing Multiple Perspectives in Post-9/11 Classrooms,” Margo DelliCarpini and Amanda Nicole Gulla offer the unique perspective of ESL students, many of whom witnessed terrorist attacks in their homelands, and the value of respecting and appreciating diverse cultures. Jeannette Toomer, a high school teacher in the Bronx, also captures student voices in “Through Their Eyes: Remembering September 11, 2001.”

“Dear Teachers: Letters to Another Hero” from Voices from the Middle presents 54 thank-you letters written by authors (of children’s literature, young adult literature, and professional texts) to classroom teachers, from the shadow of the events of September 11th, 2001. In these letters, authors offer their thanks for teachers’ efforts to face those events with children, and share thoughts about the events and about the power of literature in dark times.

The ReadWriteThink.org lesson plan “Responding to Tragedy: Then and Now” can be used to help students reflect on their responses to any tragedy from which they now have some distance. Students read and discuss the personal responses of four different poets, focusing the relationships between language and meaning. They then compose a poem of their own that includes a section addressing their initial responses to the tragedy and their response to it in the present. Finally, they reflect on what they have learned by being exposed to the perspectives of their peers through reading their poems.

The author of “Making Meaning Out of the 9/11 Tragedy: Teaching Cormier’s After the First Death” from English Leadership Quarterly saw and took the opportunity to make meaning out of the tragedy with her 10th-graders, while also meeting their needs as struggling readers.

Here is a collection of texts and teaching ideas from the #NCTEvillage around September 11.

While sharing stories and experiences from that day are powerful, so are looking at and exploring primary sources. The September 11, 2001 Documentary Project captures the reactions, eyewitness accounts, and diverse opinions of Americans and others in the months that followed the terrorist attacks on the World Trade Center, the Pentagon, and United Airlines Flight 93.

How will you mark this day with your students or in your community?