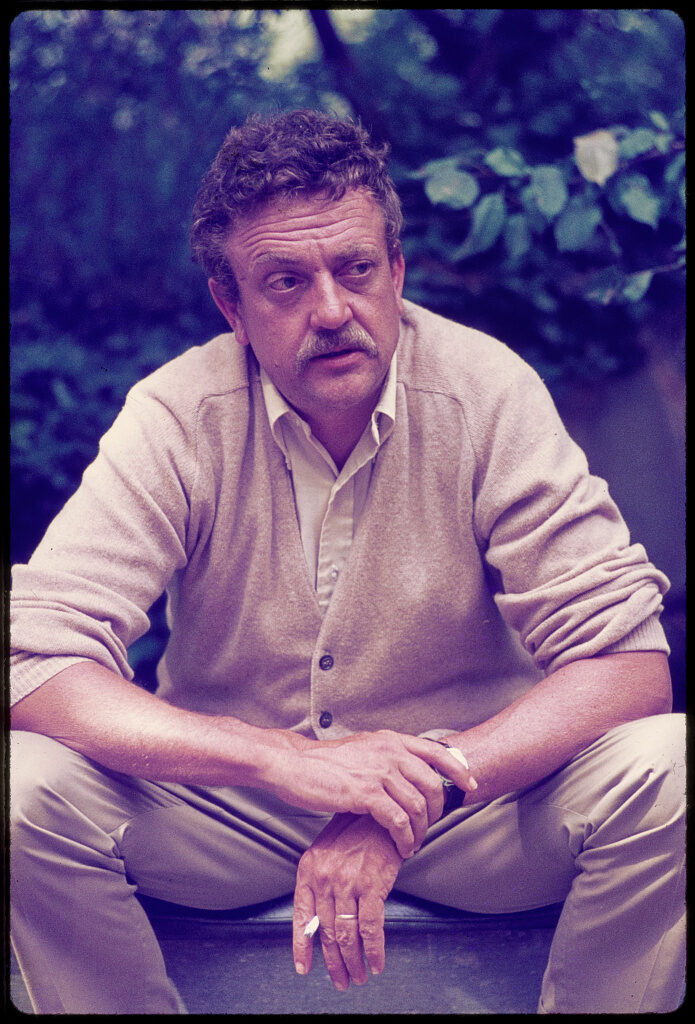 November 11 is the birthday of Kurt Vonnegut, a writer who was also a veteran. He was born in Indianapolis, Indiana, in 1922. Vonnegut is the author of 14 novels, including the New York Times best-seller Slaughterhouse-Five (1969), Breakfast of Champions (1973), and Timequake (1997). He also wrote seven short story collections, including Welcome to the Monkey House (1968), and seven plays.

Vonnegut entered the army at age 20 and was later captured by Germans in the Battle of the Bulge, whereupon he was sent to Dresden as a POW, an experience that would come to influence his work tremendously. For his service, he received a Purple Heart and a Prisoner of War Medal. Vonnegut taught at Harvard University, City College of New York, and the University of Iowa Writers’ Workshop. Widely considered a humanist, Vonnegut served as the honorary president of the American Humanist Association for many years. Kurt Vonnegut died in 2007. The following resources show how the work of Kurt Vonnegut can be used with students.

In this lesson, students work in groups to answer the question, “Are people equal?,” analyzing all sides of the response, forming a consensus, and presenting it to the class. Students then read “Harrison Bergeron” by Kurt Vonnegut and use supporting details to complete a Discussion Web that looks at whether people are equal in the story. Groups form a consensus, present their position to the class, and engage in class discussion.

It’s great to hear from the author himself. Here, Kurt Vonnegut lectures in the Coolidge Auditorium, Feb. 1, 1971. In the course of his lecture, Mr. Vonnegut read excerpts from Breakfast of Champions, which was unpublished at the time of reading.

What ideas do you have for using Kurt Vonnegut’s work?