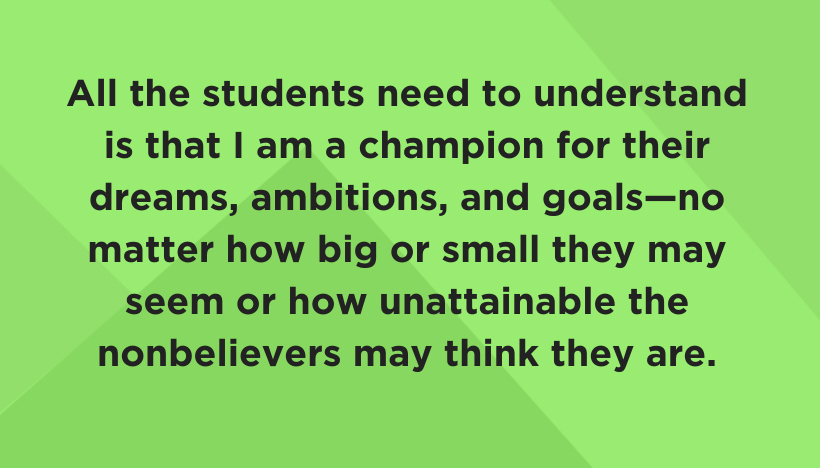 This post was written by NCTE student member Kevin Marshall.

It is no secret that I am not the average teacher candidate. I am not 24 years or younger. I am not a female. I am not white. It is all these identifiers that do not apply to me that I assume prompt the questions from associates and coworkers—“Why a teacher?”, “You know you won’t make any money?”, “You know you could make more working here at Honda, right?” I answer them the same way every time: “Why not?”, “Never been one to worry about money,” and “Honda could never satisfy me enough, no disrespect.”

It is not those questions that keep me forging forward through the difficulties that a man closer to the golden years than the exuberance of youth may encounter, or at least that is what my body tells me when I drag myself out of bed at 9:00 p.m. to work the graveyard shift in Marysville, Ohio. It is on that shift in a remote location where I was made aware that some will cheer for you, but only when they are in front of you.

It is those doubters that I wish I could turn into little flies on the wall of my classroom. They would be able to see the passion I have for teaching, even though I am not a fully licensed teacher. All the students need to understand is that I am a champion for their dreams, ambitions, and goals—no matter how big or small they may seem or how unattainable the nonbelievers may think they are.

The “why teach?” conversations are at the forefront of my consciousness as I navigate a classroom that does not resemble the neighborhood that I grew up in, that does not resemble the neighborhood that I currently live in. The dynamic of this classroom encourages the class clowns to “clown,” and the collaborative board was a prime opportunity for students to be disruptive. It was my coworker who pointed out that the “BLM” post had zero responses, as did the “equality” post. If I were a seasoned teacher or even a first-year teacher, I could have better explored the reasons for this.

On Day 1 of my lesson, the students were highly engaged, but that was to be expected given that the focus was [SpongeBob SquarePants’s] Squidward’s protesting the unfair labor practices of Mr. Crabs. I needed something to ease them into a more difficult topic. On Day 2, the students were not as engaged because, instead of Squidward, they were asked for critical thinking  about what they thought was unpatriotic. Given the first two days of teaching, I felt more confident that a conversation about “not racist” vs “antiracist” was needed.

Bringing in another voice about this topic seemed to be the best option, so I found a TED Talk of Ibram X. Kendi speaking in an interview style TED Talk (COVID, right?). But when I went to play the six-minute clip, the school’s system blocked it.  So there I was, left to talk to a classroom about why it isn’t enough to be “not racist” but why we must be “antiracist.”

Throughout the “Power, Protest, and Change” unit, there was a student who would look at me with the most uninterested face, giving me “will-you-please-shut-up?” vibes in a major way. He always looked like he had something to say but would never raise his hand to speak and I was reluctant to call upon him, possibly because of the halfhearted responses I received when I greeted him as he walked into class. I do feel as though I missed an opportunity to pick his brain in front of the class, because what  he wrote on the back of the notecard I had distributed to the class, asking “How did this lesson feel?,” was a delightful surprise. The majority of students said  “intense” or “interesting.” The student who had been shooting me eye-daggers for three days  responded, “Eye-opening. I’ve never thought about racism in that way.”

It felt like a major win for me as a teacher because it is something tangible that I can point to and know that even when I think I am not making a difference, I am probably wrong. If only the doubters could be flies on the wall and see what a difference a teacher who truly cares can make in the lives of their children, grandchildren, and great-grandchildren, maybe they’d be champions for educators too! 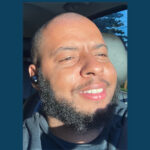 Kevin Marshall II is an English major and education minor with a specialization in Adolescent Young Adult (AYA) education at Wittenberg University in Springfield, Ohio.