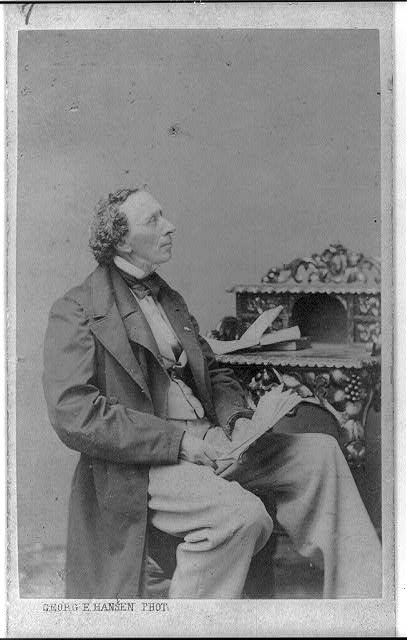 Hans Christian Andersen is known for his stories like The Little Mermaid, Thumbelina, and The Princess and the Pea. Expressions such as “an ugly duckling” and “the emperor’s new clothes” are based on Andersen’s tales of the same names. Andersen also wrote novels, poems, plays, travel descriptions, and he created travel illustrations, drawings, and artistic paper cuts (using a surprisingly large pair of scissors!)

This blog post from the Library of Congress shares more about the paperwork, scrapbooks, cutouts, and billedbog (a Danish word for picture book) that were created by Hans Christian Andersen and some collaborators. There are also numerous links to the primary sources themselves.

Since so many of Hans Christian Andersen’s stories have been adapted and abridged into animated movies, invite students to compare the film version and the original story, looking at the similarities and differences between the two versions of the tale. Students could also be encouraged to explain which version they prefer and why.

How do you use the work of Hans Christian Andersen?