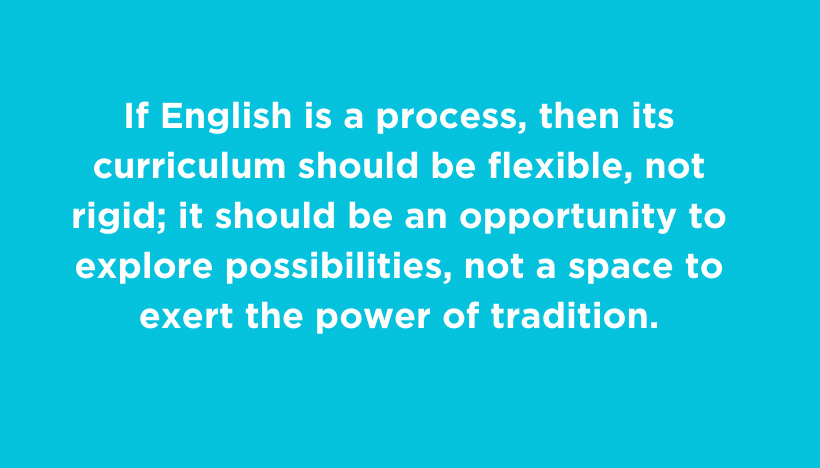 This post was written by NCTE member Bruce McComiskey.

I’ve been called for jury duty four times in my life. I’m never actually selected for a case, not even for questioning. The lawyers see “Occupation: English professor” on my information card and say, “Oh, hell no.” So I sit in the large jury-hopefuls room for four or five days, from 8:00 a.m. to 5:00 p.m. I’ve always viewed these weeks as an “opportunity” to read something that I’d rather not read, to study a text that I need to study even though I find the act of studying it distasteful. Michel Foucault’s The Archaeology of Knowledge has earned this dubious distinction twice (twice, because I didn’t really understand it the first time through).

I was forcing myself to (re)read The Archaeology of Knowledge because I was interested in situating English studies within the constantly shifting contexts of different discourses, and I knew that Foucault’s works, especially this one, could help me do that. Reading and rereading Foucault helped me frame some of my ideas about English and its discourses, and these ideas eventually congealed into the edited collection, English Studies Reimagined.

One thing Foucault says that has always stuck with me is that discourses are dynamic processes, not static structures—processes with no clear beginnings and endless opportunities for continuation. But institutions (and, I would add, especially English departments) “solemnize beginnings,” ignoring or denying the shifting constraints of discursive processes in the interest of preserving tradition. Thus, English departments become structures that cannot or will not respond effectively to new and emerging contexts.

In the introduction to English Studies Reimagined, I explain that if practitioners of English do not frame the discipline as a process responsive to discursive changes, then English will become petrified (having the appearance of life, despite being dead) and zombified (dead, with the purpose of devouring all other living discourses).

English studies has been around in nascent forms for a long time, as the trivium in the Middle Ages and the Renaissance and as rhetoric and classics in the Enlightenment and the nineteenth century. But the discipline we now recognize as English studies actually emerged from the ashes of Germanic philology after World War I. During the 1920s and 1930s, English exploited discourses of nationalism to shift its foundation from the science of historical linguistics to the analysis and production of distinctly American and British culture, language, and literature. At the time, nationalist discourses were a comfortable context for this new, aesthetic English studies. As nationalist fervor and patriotism intensified after World War II, American and British culture and aesthetics continued to ground and unify English studies.

Since the 1980s, however, influenced by rapid advances in travel and communication technologies, unifying nationalist discourses have given way to discourses that are increasingly global, cosmopolitan, and planetary—discourses that emphasize and prioritize difference, not unification. If English studies continues to ground its structure in unifying nationalism as a fixed, unalterable, solemnized beginning, then it will not seek change in the context of these emerging and diverse discourses. English will become petrified and zombified. And since nationalism has most recently evolved into white nationalist populism, English studies will become complicit in, not critical of, this nasty ideology.

In the introduction to English Studies Reimagined, I offer six principles that can guide English studies practitioners in their transition from a reliance on unifying nationalist discourses to a new grounding in discourses that emphasize difference: conceive the discipline as a process; seek difference; expand what counts as literature; promote adaptive practices; value technology; embrace collaboration; and take a public turn. Implementing these principles in the practice of English studies will go at least some way toward updating the structure of English, making it relevant to the emerging discourses of globalization, cosmopolitanism, and planetarity.

Although every English department is different, curriculum is the best place to begin reimagining English studies. If English is a process, then its curriculum should be flexible, not rigid; it should be an opportunity to explore possibilities, not a space to exert the power of tradition. Difference should be the structuring principle of English coursework, not some archaic sense of what is British or American. English majors should analyze, critique, and produce novels and spoken conversations, poems and instruction manuals, short stories and websites, essays and teaching materials. Students should learn to apply the lessons they learn in English classes to address problems they see in the world. Professors should teach technologies of distribution that were invented after the printing press. We should all work with, not against, our colleagues’ interests, developing deep knowledge and cross-disciplinary empathy through collaboration. And we should make our research and teaching interests known to a larger audience through public writing, and such writing should be valued by English departments and universities.

Is all of this just an idealistic pipe dream? I don’t know. You’ve read this blog post almost all the way through, so there must be something inside of you saying that English studies isn’t what you want it to be, that it can be better. Pipe dream? Maybe. But if enough of us stand up in faculty meetings and advocate for discourses of difference, you never know. Theodor Adorno (1971) once wrote, “Steady drops hollow the stone,” and I believe he’s right. 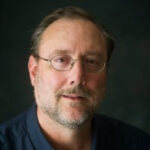 Bruce McComiskey is a professor of rhetoric and writing and the director of the Center for Rhetoric in Society at Virginia Tech University. He is the editor of English Studies Reimagined: A New Context for Linguistics, Rhetoric and Composition, Creative Writing, Literature, Cultural Studies, and English Education (NCTE, 2022).