Quashing Disability Myths through the Lived Experience of Authors: Three New Middle Grade Books - National Council of Teachers of English
Back to Blog 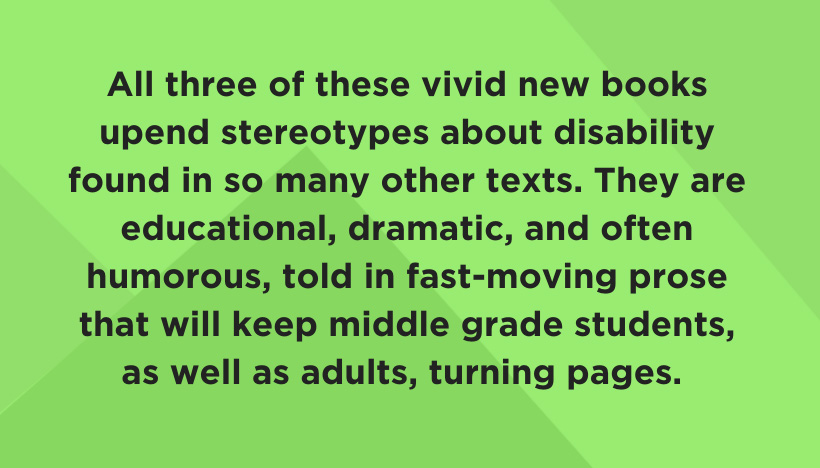 This post was written by NCTE member Patricia A. Dunn.

From fairy tales to Shakespeare, stereotypes about disability are everywhere. Too often, characters with disabilities are depicted as pitiable, helpless, or evil, with the plot leaving them cured or dead at the end. Or they become unlikely heroes whose disability somehow “saves the day.” All these representations are dehumanizing. They imply that real people cannot simply live their lives without working hard to “overcome” their disability or use it to somehow save or inspire non-disabled people.

It’s possible, of course, for non-disabled authors to avoid these harmful stereotypes, and being a writer with a disability is not an inoculation against creating stereotypical characters. However, when a writer creates a protagonist with a disability similar to their own lived experience with that disability, the representation is far more likely to be realistic. Three contemporary works, written by authors with the same disability as their respective narrator, challenge harmful representations often found in other books. They deftly avoid easy clichés and show disability as an integral part of life and people with disabilities as fully human. (Spoilers ahead.) 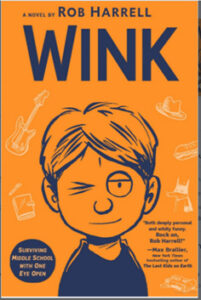 Rob Harrell’s middle-grade novel Wink (2020) is a lively story that begins in medias res, with narrator Ross undergoing his first radiation treatment for an eye cancer that will leave him blind in one eye and endanger the other. The scene is scary, but it’s told through a seventh grader’s wry humor, laced with popular culture references to ray guns and supervillains. With snappy, genuine-sounding dialogue throughout, this novel displays none of the demonization of parents and older people that some novels rely on for easy laughs or sympathy. Harrell is able to create a variety of adults who, while not perfect, are distinct, quirky, and supportive in different ways. Ross endures some ableist comments and taunts in school when his bad eye stays closed all the time, and he must wear a hat and sunglasses to protect the other. We feel his fear, pain, and embarrassment even as this likable adolescent jokes about the more gross aspects of his medical treatments.

At the end, Ross is neither cured nor dead, nor does he suddenly “save the day” because of his disability. Through some painful yet amusingly narrated scenes, we learn with Ross who his real friends are, which classmates are irretrievably mean or ableist, and which ones have a complex and evolving reaction to Ross’s situation. One of the most rewarding aspects of this quick, engaging novel is the role music plays as a healer and uniter. As Ross takes up the guitar and jams with friends, he is able to channel his strong emotions concerning his eye and also experience the joy and exuberance of playing in a loud, raucous band. The realism, humor, and originality displayed in this novel may be due its author drawing on his own experience with an eye cancer like his narrator’s. As Rob Harrell writes in the Acknowledgments at the end about his character’s eye surgery, glasses, and hat: “That all really happened.” The author’s own experience, transformed into this excellent story, avoids stereotypes and teaches all readers that living with a disability is—just living. 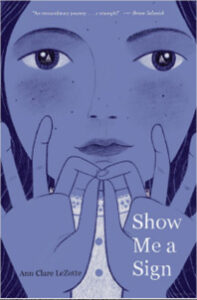 The middle grade historical novel, Show Me a Sign (2020), has an eleven-year-old narrator, Mary Lambert, who is deaf, as is the book’s author, Anne Claire LaZotte. Set in 1805, this 2021 Schneider Family Book award winner is based on a real-life community that lived on the island of Martha’s Vineyard, off the coast of Cape Cod. In the close-knit, isolated town of Chilmark, most families had at least one member who was deaf, due to an inherited gene. Because deafness was so common, it was viewed simply as a family trait, not as an impairment. And because the whole community spoke sign language, deafness was not viewed as a disability, a fact that will surprise many readers.

One day, a scientist from the mainland visits Chilmark to study this community he views as a curiosity—which also happened historically—and Mary learns, to her horror, that deaf people are treated very differently in Boston and other American cities. She also learns that this scientist, the fictional Andrew Noble, does not view her as fully human. The author has done careful research, weaving into the plot conflicts related to white settlers taking the land of the Indigenous Wampanoag people, who still live on a part of the island today. About halfway through the novel, the plot takes a frightening, adventurous turn, which I’ll leave for readers to discover. This excellent, thought-provoking book shows readers what is possible when deaf people are treated as—just people. 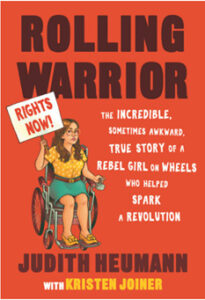 Judith Heumann narrates her dramatic memoir for middle grades, Rolling Warrior (2021), written with Kristen Joiner. In the late 1940s, when polio left Judith unable to walk, she used a wheelchair in an era that predated required curb cuts, ramps, elevators, and accessible bathrooms. Her narrative describes what that world was like and what she had to do to manage simple activities. For example, since she couldn’t roll up the steps to her friend’s house in Brooklyn to knock on the door, she had to yell from the sidewalk for her friend to come out to play.

Rolling Warrior is the true story of Judith Heumann’s role in leading a 26-day sit-in at a government building in San Francisco—only one of her brilliant activist moves that forced the signing of regulations needed to enforce Section 504 of the 1973 Rehabilitation Act. This historical legislation prohibited discrimination against people with disabilities and mandated many of the accessible features taken for granted today: ramps and elevators in public buildings, accessible public transportation, even disabled children’s right to an education. Told with passion and humor, this page-turner is as exciting as the best novels, demonstrating the power of leadership and community action in the face of almost impossible odds. (High school students might prefer to read Being Heumann (2020), the memoir from which this version was adapted.)

All three of these vivid new books upend stereotypes about disability found in so many other texts. They are educational, dramatic, and often humorous, told in fast-moving prose that will keep middle grade students, as well as adults, turning pages. They may well alter assumptions about disability, perhaps dissuading future authors from leaning on clichéd depictions in their own writing. 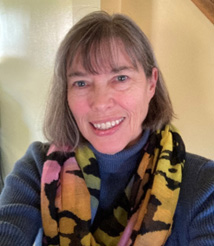 Patricia A. Dunn is a former high school teacher who now teaches preservice English teachers at Stony Brook University in New York. From 2013 to 2018 she had a regular column, “Disabling Assumptions,” in English Journal. Her most recent book is Drawing Conclusions: Using Visual Thinking to Understand Complex Concepts in the Classroom. (Teachers College Press, 2021).