David H. Russell Award for Distinguished Research in the Teaching of English 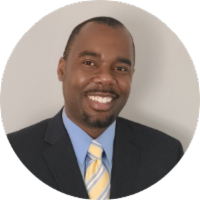 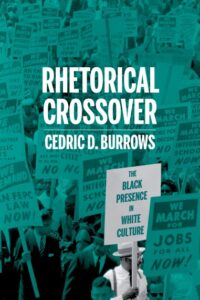 In music, crossover means that a song has moved beyond its original genre and audience into the general social consciousness. Rhetorical Crossover uses the same concept to theorize how the black rhetorical presence has moved in mainstream spaces in an era where African Americans were becoming more visible in white culture. Cedric Burrows argues that when black rhetoric moves into the dominant culture, white audiences appear welcoming to African Americans as long as they present an acceptable form of blackness for white tastes. The predominant culture has always constructed coded narratives on how the black rhetorical presence should appear and behave when in majority spaces. In response, African Americans developed their own narratives that revise and reinvent mainstream narratives while also reaffirming their humanity. Using an interdisciplinary model built from music, education, film, and social movement studies, Rhetorical Crossover details the dueling narratives about African Americans that percolate throughout the United States. (source)

Cedric D. Burrows is an associate professor of English at Marquette University. Originally from Memphis, Tennessee, he earned his BA from Alcorn State University, MA from Miami University (Ohio), and PhD from the University of Kansas. He is a former Ronald E. McNair scholar and the recipient of the Conference on College Composition and Scholars for the Dream Travel Award. At Marquette, he teaches courses related to rhetoric and the Black Freedom Movement, including The Rhetoric of Martin Luther King and Malcolm X; Civil Rights Memoirs; and The Rhetoric of Black Protest. Burrows received Marquette’s Difference Maker Award for his work in codeveloping an antiracism unit for the first-year writing course. Also, Marquette awarded him its Excellence in Diversity and Inclusion Faculty Award. His research focuses on cultural rhetorics, African American rhetoric, and social movement rhetorics, specifically how cultures construct narratives that influence society, especially accounts related to social movements. In addition to Rhetorical Crossover: The Black Presence in White Culture (2020), his research has been published in Journal of Africana Religions, Writing Program Administration, Praxis, Pedagogy, Journal of Advanced Composition, and the collection Rhetorics of Whiteness: Postracial Hauntings in Popular Culture, Social Media, and Education (2016), which won the 2018 CCCC Outstanding Book Award in the edited collection category.

Purpose:
This award honors an outstanding work of scholarship or research in language, literature, rhetoric, or pedagogy and learning.

Eligibility:
Any work or works of scholarship or research in language, literature, rhetoric, or pedagogy and learning published during the previous five-year period prior to January 1 of the year of the award. If an individual or company nominates more than three books, only the first three of its nominations to be received will be considered. Only one recipient will be selected each year.

Award Criteria:
Any published research (a work or works by the same author or authors) in language, literature, rhetoric, teaching procedures, or cognitive processes that may sharpen the teaching or the content of English at any instructional level. Publication must be available in English. Commercially published instructional materials are not eligible for consideration. Reports of doctoral studies, while not precluded from consideration for the Russell Award, are typically considered as part of NCTE’s separate “Promising Researcher” program.

Award Specifics:
The award recipient is announced in November each year and honored at the NCTE Annual Convention with a plaque and honorarium.

The award was established in 1963 as the Distinguished Research Award and renamed in 1966 to honor the Council’s late president David H. Russell.

Deadline:
Nomination letter must be sent by no later than March 1 and sent to Sarah Miller, smiller@ncte.org.  You will receive a confirmation and information for shipping/mailing the publication to the review committee.

NOTE: Publications sent without supporting documents will not be considered.

Judging:
The Selection Committee determines the winner based upon the nominations meeting the criteria each year. The Selection Committee consists of three members, who serve three-year staggered terms. The chair of the committee shall be the member who has served longest. Each year, before the NCTE Annual Convention, the incumbent NCTE president shall appoint one member of the committee to replace the retiring member.

David H. Russell Award for Distinguished Research in the Teaching of English Recipients

2016  Jeffrey D. Wilhelm, Boise State University, Idaho and Michael W. Smith, Temple University, Philadelphia, Pennsylvania, Reading Unbound: Why Kids Need to Read What They Want and Why We Should Let Them (Scholastic, 2014)