What Happened in Your State This June? - NCTE
Back to Blog 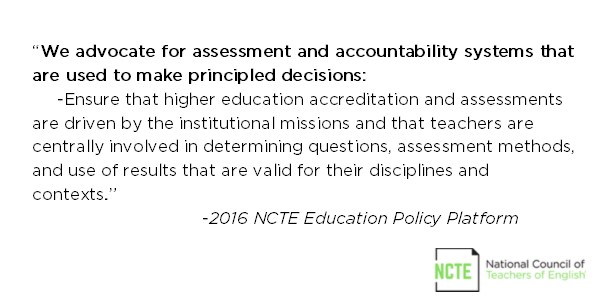 Idaho: Darlene Dyer shares that Preschool Funding and Enrollment Climbs Nationally but No Funding for Idaho, concluding that “If 90 per cent of Idaho’s 3- and 4-year-olds do not have access to preschool (as current figures purport), the impact will be felt for decades in the local economy.”

Montana: Anna Baldwin explains the Scholarship Tax Credit now allowed for contributions to a scholarship organization and the conflict over monies going to religious schools.

Washington: Barbara Ward described the state of Washington grappling with Funding Woes in a special session to address the high court’s demand that the state pay a fair share of costs for teacher salaries. Barbara also wrote about Possible Changes in State Testing Requirements for High Schoolers, allowing students who fail state-mandated tests in English language arts to show their proficiency in other ways.

Both PreK-12 and Higher Education

New Mexico: In State of New Mexico Sued for Inequities in Educational Opportunities, Erin O’Neill notes that the Mexican American Legal Defense and Educational Fund and the New Mexico Center on Law and Poverty sued, “claiming that budget cuts and underfunding are preventing Native American students, ELL learners, and low-income students from receiving the necessary educational opportunities guaranteed by the state constitution.”