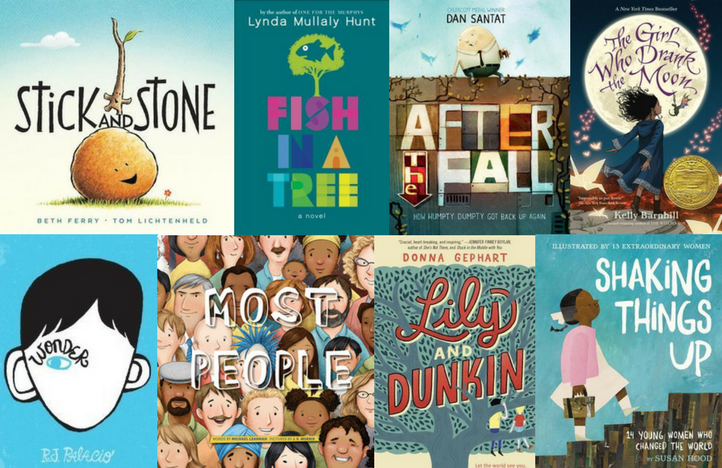 Asking an English teacher to pick a favorite book is almost impossible! But that’s exactly what we did during our January #NCTEchat, New Year/New Ideas. During the chat, we asked educators to share one text (poem, book, novel) that they would recommend every teacher (or student) read in 2018. As you might expect, we received HUNDREDS of wonderful recommendations!

Be sure to check out the other blog in this series so far, professional development book recommendations.

Where the Wild Things Are by Maurice Sendak

One night Max puts on his wolf suit and makes mischief of one kind and another, so his mother calls him “Wild Thing” and sends him to bed without his supper. That night a forest begins to grow in Max’s room and an ocean rushes by with a boat to take Max to the place where the wild things are.

The Paper Crane by Molly Bang

Business returns to a once-prosperous restaurant when a mysterious stranger pays for his meal with a magical paper crane that comes alive and dances.

What Do You Do with a Chance? By Kobi Yamada, illustrated by Mae Besom

This book inspires kids of all ages and parents alike to find the courage to go for the opportunities that come their way. Because you never know when a chance, once taken, might be the one to change everything.

A shy mountain boy in Japan leaves his home at dawn and returns at sunset to go to the village school.

The Bad Seed by Jory John, illustrated by Pete Oswald

A humorous picture book about a bad guy who makes an important and life-changing realization.

The Boy with Pink Hair by Pérez Hilton

Life is not easy being pink. Adults stare at you, little children giggle behind your back, and some kids are just mean. But when you have a best friend who appreciates your uniqueness and parents who are loving and supportive, you can do just about anything.

Shaking Things Up: 14 Young Women Who Changed the World by Susan Hood

Shaking Things Up introduces fourteen revolutionary young women—each paired with a noteworthy female artist—to the next generation of activists, trail-blazers, and rabble-rousers.

Rot, the Cutest in the World! By Ben Clanton

Rot is a mutant potato. Like most mutant potatoes, Rot loves all sorts of games and contests. So when he sees a sign for the “Cutest in the World Contest,” he can’t wait to enter.

After the Fall: How Humpty Dumpty Got Back Up Again by Dan Santat

Dan Santat’s poignant tale follows Humpty Dumpty, an avid bird watcher whose favorite place to be is high up on the city wall—that is, until after his famous fall. Now terrified of heights, Humpty can longer do many of the things he loves most.

Stick and Stone by Beth Ferry, illustrated by Tom Lichtenheld

When Stick rescues Stone from a prickly situation with a Pinecone, the pair becomes fast friends. But when Stick gets stuck, can Stone return the favor?

In this heartfelt celebration of love, Matt de la Peña and illustrator Loren Long depict the many ways we experience this universal bond, which carries us from the day we are born throughout the years of our childhood and beyond.

Why you should read this book: Diversity, adversity, hope, LOVE.

A boy must leave his home and find another. He brings with him a teacup full of earth from the place where he grew up and sets off to sea.

Red-haired, freckle-faced Ollie Jolly is a comical kid. Whenever folks look in his jolly face, they can’t help but laugh. Just seeing Ollie Jolly makes them merry. But not everyone likes Ollie. The class bully and a tough-as-nails teacher make his life less than ideal.

Before Wilma Rudolph was five years old, polio had paralyzed her left leg. Everyone said she would never walk again. But Wilma refused to believe it. Not only would she walk again, she vowed, she’d run. And she did run—all the way to the Olympics, where she became the first American woman to earn three gold medals in a single Olympiad.

This energetic ride through a bustling city highlights the wonderful perspective only a grandparent and grandchild can share.

Most People by Michael Leannah, illustrated by Jennifer E. Morris

Michael Leannah wrote Most People as an antidote to the scary words and images kids hear and see every day.

Here We Are: Notes for Living on Planet Earth by Oliver Jeffers

Oliver Jeffers offers a personal look inside his own hopes and wishes for his child—a missive about our world and those who call it home.

Fish in a Tree by Lynda Mullaly Hunt

Every time she lands in a new school, Ally is able to hide her inability to read by creating clever yet disruptive distractions. However, her newest teacher, Mr. Daniels, sees the bright, creative kid underneath the troublemaker. With his help, Ally learns not to be so hard on herself and that dyslexia is nothing to be ashamed of.

Why you should read this book: This book helps us all see and care for the children in our rooms.

August Pullman was born with a facial difference that, up until now, has prevented him from going to a mainstream school. Starting fifth grade at Beecher Prep, he wants nothing more than to be treated as an ordinary kid—but his new classmates can’t get past Auggie’s extraordinary face.

Restart is the spectacular story of a kid with a messy past who has to figure out what it means to get a clean start.

Aisha Saeed’s middle grade debut tells the compelling story of a girl’s fight to regain her life and dreams after being forced into indentured servitude.

Shannon and Adrienne have been best friends ever since they were little. But one day, Adrienne starts hanging out with Jen, the most popular girl in class and the leader of a circle of friends called The Group.

The Girl Who Drank the Moon by Kelly Barnhill

Every year, the people of the Protectorate leave a baby as an offering to the witch who lives in the forest. They hope this sacrifice will keep her from terrorizing their town. But the witch in the forest, Xan, is kind and gentle. Xan rescues the abandoned children and delivers them to welcoming families on the other side of the forest, nourishing the babies with starlight on the journey.

Red is an oak tree who is many rings old. Red is the neighborhood “wishtree”—people write their wishes on pieces of cloth and tie them to Red’s branches. You might say Red has seen it all. Until a new family moves in. Not everyone is welcoming, and Red’s experiences as a wishtree are more important than ever.

The Anybodies by N.E. Bode

Fern discovers that she was swapped at birth and leaves her tragically dull parents for an unforgettable adventure with her true father, the Bone.

As Brave As You by Jason Reynolds

When two brothers decide to prove how brave they are, everything backfires—literally.

The One and Only Ivan by Katherine Applegate, illustrated by Patricia Castelao

Ivan is an easygoing gorilla. Living at the Exit 8 Big Top Mall and Video Arcade, he has grown accustomed to humans watching him through the glass walls of his domain. He rarely misses his life in the jungle. In fact, he hardly ever thinks about it at all.

Lily and Dunkin by Donna Gephart

Looking for even more books to add to your collection?

Be sure to check out NCTE’s Children’s Book Award honorees! This year’s winners were: 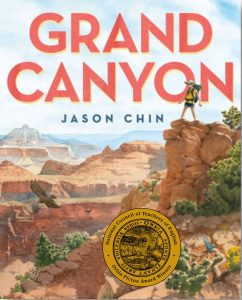 Home to an astonishing variety of plants and animals that have lived and evolved within its walls for millennia, the Grand Canyon is much more than just a hole in the ground. Follow a father and daughter as they make their way through the cavernous wonder, discovering life both present and past. 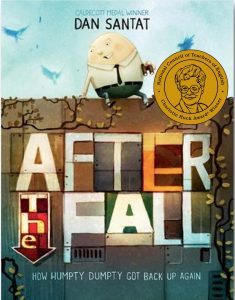 The Charlotte Huck Award for Outstanding Fiction for Children:

After the Fall: How Humpty Dumpty Got Back Up Again by Dan Santat

Honor and recommended books are also given in each category, so be sure to check out the full lists for each award!