We Don’t Debate ‘Bout the Babies: “It Takes a Village to Raise a Child” - NCTE
Back to Blog 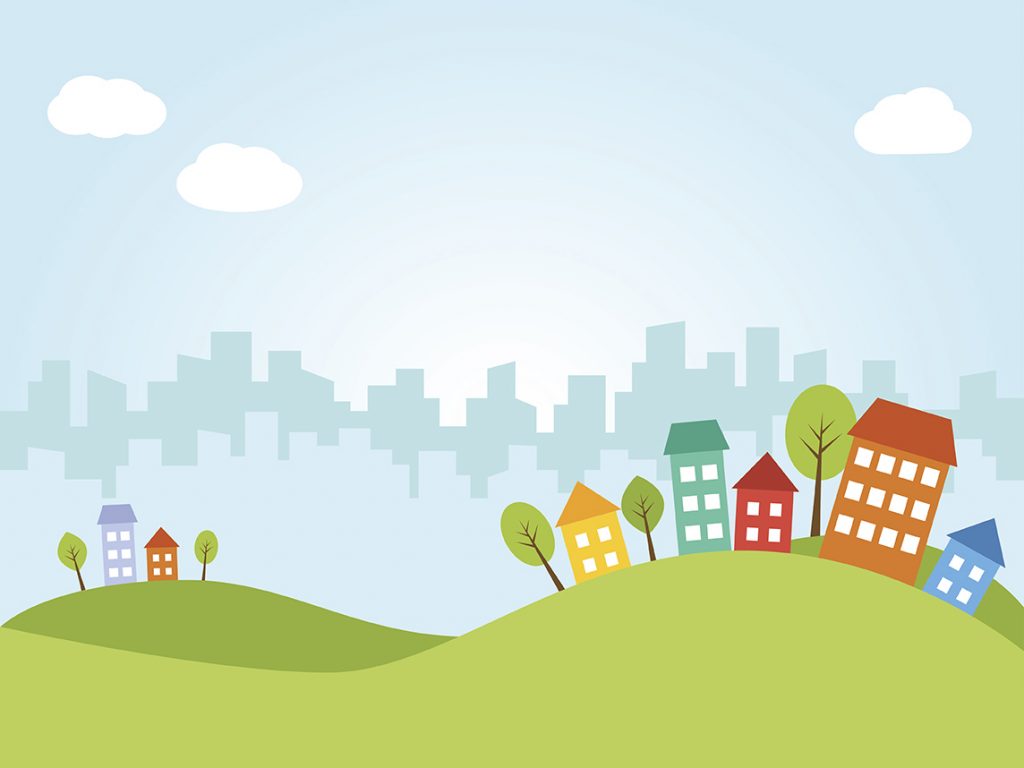 We are both fully aware of the beautiful adage that “It takes a village to raise a child!” We wholeheartedly believe in this statement and have been known to whisper it, recite it, and sing it loudly, in an effort to celebrate all things wonderful, regarding the development and maturation of children and young people.

We are both the proud mothers of beautiful little girls, Alix and Zuri Hudson – a 3-year-old and a 2-year-old, who boldly exemplify #BlackGirlMagic. Daily, we encourage ourselves, our daughters, our students, and our loved ones to seek peace and pursue it – in all situations.

Every week, as high school debate coaches for the Detroit Urban Debate League, we stand before and pour into the minds, hearts, and souls of Black and Brown students in the wonderful Motor City. Our overarching goals are to assist them with becoming more in tune with their literate lives, finding their voices, researching and understanding both sides of an argument, having fun, and practicing self-care. Additionally, connected to our work with our students, we’re also teaching our daughters these same important and valuable concepts. In essence, we desire to show and teach our daughters how they should treat others and how they should be treated as humans, regardless of their young ages.

Prior to engaging in conversations about our students and daughters, we first encountered one another as debate coach and student, 10 years ago. And even then, our stances and positionality related to affirming, embracing, and honoring children hasn’t changed. We make sure they’re surrounded by love and are able to thrive and be their best selves. Ultimately, we may debate each other and others on many topics and issues, but we don’t debate ‘bout the babies – when it comes to the kinds of people who should be in their village. 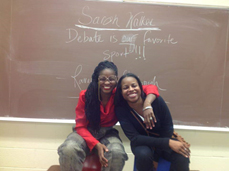 Sarah and Raven in 2009 at a debate tournament

I’ve never had a student like Sarah. Ever! When I first met her in 2007, when she was a high school student at Life Skills Center of Metropolitan Detroit – an “alternative” high school in downtown Detroit, I knew there was something different and special about her. It could have possibly been her nonchalant nature when it came to her peers (and some adults) desiring to engage her in foolish or preposterous chatter. I noticed that when these moments occurred, Sarah’s wit, which was sometimes disguised as sarcasm, defeated and outsmarted those who dared to annoy or challenge her.

I immediately and selfishly knew I had to approach her about joining the school’s debate team – an effort created by three of my colleagues and me to introduce students to critical thinking skills through application, practice, analysis, competition, and creativity.

Once known as “the school and team with the bad kids,” our team went from being nonexistent to excelling and competing in tournaments on college campuses and universities like Michigan State, Grand Valley, Harvard, and the University of Michigan. Sarah did her thang at all of these tournaments and even received scholarship funding for her debate skills and talents. Her fierce tenacity and zeal to become a better person, student, and debater made me want to follow her lead and become a more sophisticated debate coach, woman, and thinker. I wanted to always be a part of her village.

To this day, we sit around and laugh and cry about our collaborative experiences, days filled with debate struggles, one of which included being called the “N” word at a suburban tournament, and winning city championships. Despite every hardship and hurdle, the peace we sought then and now has led to me running this debate race steadily so that I could pass the baton on to her. And I’m so thankful that she hasn’t dropped it. (She knows that I won’t let her). Furthermore, as a part of one another’s village, I’m excited that we’re able to continue to foster our relationship through coaching and mothering. 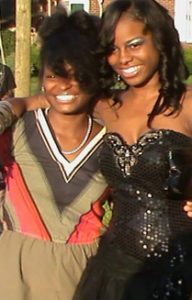 Sarah on Sadness, Success, and Soulmates

For me, Raven a.k.a. “Jones” (her maiden name, and the name I’ve called her since the day I met her) has been one of those really, really cool people, sometimes only seen on TV, who seem to understand life in a way that I aspire(d) to. Jones came to visit my classroom back when I was a high school student and when she walked into the room, her energy brought forth a nostalgia-like emotion that made me feel like everything was going to be okay, in a world where uncertainty was normal. When I was and am around her, I feel like I’m in the presence of a Superhero. Her kindness and support saved my life!

Prior to enrolling at Life Skills Center of Metropolitan Detroit, I wasn’t a responsible student nor was I feeling school. Sadness and anger knocked at my door all the time and I answered. However, being a part of the debate team allowed me to “reclaim my time.” I know that Jones often credits me for being brave by becoming a part of a world that was so socially rejected by my peers back then, considering I had to focus, attend weekly practices, and be able to recite some of my main arguments by memory.

This meant that I couldn’t always hang out with my friends or be absent from school. If I was going to be able to compete, I had to show up and show out or experience the wrath of Jones — and I didn’t want any part of that! I can recall one time when I skipped practice and didn’t answer her phone calls from that day. Next thing I knew, she called my parents and one of my other debate coaches — Mr. Stanbrough, and they tracked me down at 9:00 p.m. on a school night, rolled up on me, said some choice words, and took me home. I’ll never forget that. And I’ve never missed a debate practice or tournament since then.

Jones has no idea how from the first moment I saw her, because of her love and positivity, I would’ve joined, signed, or purchased whatever she was selling that day. Because of her, my grades improved, I’ve received a Spirit of Detroit award, have traveled outside of Detroit, and have adopted a more positive mindset. I believed in myself again.

I now understand that I needed to experience joining the debate team, before I could be a wonderful mother to my daughter and soulmate, Alix. Webster’s dictionary defines “soulmate” as a person who strongly resembles another in attitudes or ideological beliefs. When I learned that I was expecting, a strong presence of love came over me. Alix became my soulmate. She made me feel further connected to my village.

Members of my village enrich my spirit when I’m in their presence. We feed off each other. It’s important for me to surround Alix with caring people to be able to afford her with positive memories. She attends debate tournaments with me. I take her to Jones’s house for playdates with Zuri Hudson. None of this would’ve happened without debate. 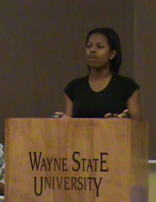 Moreover, discussing and writing about our collective arguments and ideas have contributed to our self-care practices — not only for ourselves, but for our daughters and students. We’ve dealt with family drama and opposing ideas, concerning various situations related to our daughters. However, we understand that it’s our responsibility to do for our daughters what our mothers did for us: love them, care for them.  We’ll be in the company of our daughters and others who influence us in beautiful ways and celebrate our choices. Akin to this, we’ll also be too busy following Issa Rae on Instagram, at home catching up on Spike Lee’s, She’s Gotta Have It because DeWanda Wise is so lit right now, and waiting for Black Panther to hit the silver screen.

We’re here to cheer on other individuals who are in the process of making life-altering situations, regarding the folks in their villages. We say, choose you! Choose your daughters, sons, and loved ones who embrace peace! For us — today, tomorrow, and forevermore, we’re looking forward to creating new memories with our daughters, partners, students, and other chosen village members, who understand that we don’t debate ‘bout the babies! 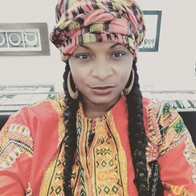 Raven Jones Stanbrough, Ph.D., is a Detroit native and a K–12 product of Detroit Public Schools. Dr. Jones Stanbrough is an assistant professor in the Department of Teacher Education at Michigan State University and is the co-founder of the The Zuri Reads Initiative, an effort to provide and organize literacy-related events and resources for Detroit-area children, students, and families. 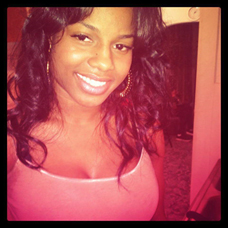 Sarah Walker, is a proud mother, college student, and aspiring prosecuting attorney. She’s committed to her activist work with coaching, teaching, and mentoring through the Detroit Urban Debate League.