Our Fight for Free Speech Continues - NCTE
Back to Blog

This post was guest-authored by Chris Finan, Executive Director of the National Coalition Against Censorship.
Visit NCAC’s Resource Guide “The First Amendment in Schools”

I couldn’t be a teacher, so I went into free speech. I taught American history to college students for a year and a half, but I was so bad I was putting even myself to sleep. So in the summer of 1982, I was looking for a new line of work, when I spotted a want ad in the New York Times for a coordinator of a “First Amendment trade association.”

I had no idea what that was, but it certainly sounded like me. I was raised by a couple of free speech absolutists and had worked as a newspaper reporter for several years before graduate school. I loved the idea of fighting for the freedom to read, write and learn.

The trade association turned out to be Media Coalition, a group founded in 1973 to defend the important legal protections for speech about sex that had been won in the 1960s. I got the job, and I have been in the free speech business ever since. At Media Coalition, I fought against the conservative counterrevolution that surged after the election of Ronald Reagan, driving the number of book challenges in schools and libraries to over 800 annually.

In 1998, I became president of the American Booksellers Foundation for Free Expression (ABFFE), and immediately faced a challenge to the privacy of bookstore and library records when Kenneth Starr attempted to subpoena Monica Lewinsky’s book purchase records from two Washington stores. A few years later, ABFFE became a leader in the fight to restore protections for reader privacy that were eliminated by the USA Patriot Act.

My new job as executive director of the National Coalition Against Censorship (NCAC) is the most exciting yet. NCAC, which promotes freedom of thought, inquiry and expression, is a coalition of 56 national nonprofits, including literary, artistic, religious, educational, professional, labor, and civil liberties groups.

Some things have stayed the same. I am still collaborating with my old friends—the booksellers, librarians and publishers. But I am now working with NCTE and other types of organizations that have long histories of fighting censorship.

NCTE is one of NCAC’s most active partners and co-sponsors our Kids’ Right to Read Project, which defends the right of students to read the hundreds of books that are still challenged every year. We rely daily on the important work of Millie Davis and the NCTE Intellectual Freedom Center.

It is no surprise that teachers fight so fiercely to defend their right to teach and their students’ right to learn.

Schools have been one of the principal free speech battlegrounds since the 1920s when there were determined efforts to turn them into propaganda machines. The American Legion, the Better America Foundation and others challenged textbooks that they believed were not “patriotic” enough and attempted to purge “radical” books and magazines from schools.

So many state legislatures were passing laws requiring prayer in schools in the early 1920s that the American Civil Liberties Union organized a Committee on Academic Freedom. In 1925, a science teacher stepped forward to lead the fight—John Scopes, who challenged a Tennessee law banning the teaching of evolution.

Although there has been progress in protecting the First Amendment rights of students and teachers, censors continue to fight in ways that would be familiar to Scopes and his contemporaries. The governor of Florida recently signed a law that invites conservative advocacy groups to challenge the accuracy of textbooks. It creates a new class of officials to rule on their suitability.

The threat is not confined to Florida. A national group is already training people to challenge textbooks in California, Arizona, Texas, and North Carolina, and plans to expand to other states.

NCAC and NCTE are working to meet this challenge. In Florida, we have joined the state’s history and science teachers to form the Florida Education Defenders.

NCAC is proud of its partnership with America’s teachers. We will always be ready to assist you in the fight to protect the freedom to teach and freedom to learn. 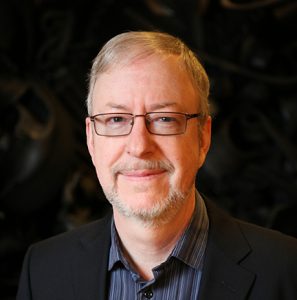 Chris Finan is executive director of the National Coalition Against Censorship, an alliance of 56 national nonprofits that defends free speech. He is the author of several books, including From the Palmer Raids to the PATRIOT Act: A History of the Fight for Free Speech in America (Beacon Press), the winner of the American Library Association’s Eli M. Oboler Award for the best work on intellectual freedom published in 2006 and 2007. Chris lives with his family in Brooklyn, New York.