More Than the Right to Read - NCTE
Back to Blog

This post was written by NCTE historian Jonna Perrillo. This is an excerpt from a piece that appeared in Education Week’s Commentary section (9/25/17).

September 24 marks the start of Banned Books Week, an annual celebration of academic freedom and students’ right to read. It is an important occasion to observe, as the Washington Post’s new motto, “Democracy Dies in Darkness,” might remind us. But this year especially it should serve as an invitation to reflect on not just what young Americans read but also the ways in which they are encouraged to think and talk about books.

Students’ right to read was never in greater peril than during the 1950s. In an audacious display, parents in Oklahoma and Alabama took to burning “subversive” textbooks. Special interest groups across the nation effectively pressured schools and libraries to remove trade and textbooks that might poison students’ minds.

The National Council of Teachers of English (NCTE) waged its own battle in response. In 1953 it urged that during “a time of tension and fear” it was vital that teachers not become prey to “the rise of un-American tactics in public discussion and the violence of selfish interests.”  Its primer for teachers on how to resist public pressure to ban books, Censorship and Controversy, set a clear, comprehensive argument for the importance of academic freedom.

In a Cold War culture that often prized conformity and opacity, teachers were in the frontlines of keeping American schools truly free.

NCTE’s attack on book banning was important but also obscured the larger problem at hand: teachers’ avoidance of anything controversial or “political” in the first place. Public education was supposed to offer students “a steadily developing understanding of life in their time, a reasonable and maturing response to this life, and full participation in it,” but too often, the organization found, teachers evaded anything potentially contentious. Parents might have called for books to be banned, but it is unclear that many teachers were assigning them anyway.

This was certainly the case with The Catcher in the Rye, one of the most contested books of the 1950s and 1960s. When NCTE endorsed it for the high school classroom in 1962, teachers roundly rejected the suggestion. “I would not consider teaching it regardless of the community’s feeling,” explained one Minnesota teacher, echoing others. “My students’ reaction would be one of embarrassment and bafflement.”

This problem is not unique to the Cold War era or to English teachers. Jonathan Zimmerman and Emily Robertson’s recent book, The Case for Contention, shows that teachers’ willingness to address controversial subjects has waxed and waned over time, but it has been consistently low since the 1980s. They argue that this is often the case because teachers are unsure how to help students work their way through questions that lack consensus or what the ends of democratic debate should be.

The problem, then, is not just a matter of the topics or texts we teach but with how we teach them. Even as reading lists and textbooks have become more inclusive, many classroom conversations remain stuck in the past.

Take, for example, the ever popular yet frequently contested To Kill a Mockingbird. How many teachers encourage students to debate the adequacy of Atticus’s moralism? How can students “walk in another person’s shoes” with schools more racially and economically segregated now than they have been in sixty years? How have the courts and criminal justice system changed and not changed in the eighty years since the novel was set? The book begs these questions precisely because it continues to be taught as a lesson in overcoming prejudice.

Instead, classroom work can often reduce potentially complex stories to easy truisms or didactic messages that compel little questioning or introspection. Students can learn to lionize Atticus without considering how privilege works in the novel and in the world. They accept his explanation that the KKK never took hold in Maycomb, even as other parts of the novel indicate that the town was ripe for organized white supremacy movements.

In missing out on more nuanced and complex conversations, students fail to learn that it is possible to question a book and still value it. And they lose an opportunity to develop a more multifaceted understanding of civic life and their role in it.

Our current political period shares several qualities with the early Cold War days, including a testing of democratic institutions, an embittered public discourse, and a regression in civil rights. Teachers know better than anyone how aware youth are of these developments and how potentially powerless they can feel in response. School, educators realized sixty years ago, should act as a counterweight, to draw students in, to teach them how to think through debates, and to empower them to participate in ways that are rational, intelligent, productive, and democratic.

Banned Books Week can and should provide educators with an opportunity to consider the books we teach and, even more, the important conversations we want them to spur. But we shouldn’t feel too comfortable or self-congratulatory. Celebrating academic freedom is about more than the right to teach texts that might offend some; it is about teachers’—and parents’—responsibility in helping students wrestle with difference and complexity without becoming offended. 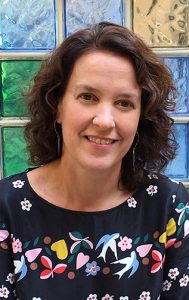 Jonna Perrillo is associate professor of English education at the University of Texas at El Paso and the author of Uncivil Rights: Teachers, Unions, and Race in the Battle for School Equity.