Build Your Stack: Books Save Lives - NCTE
Back to Blog 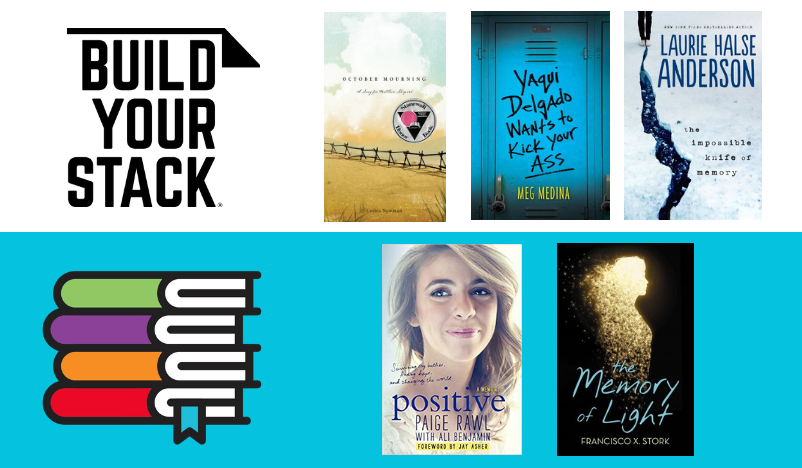 This blog post is part of Build Your Stack,® a new initiative focused exclusively on helping teachers build their book knowledge and their classroom libraries. It was written by NCTE member Joan F. Kaywell.

Many of today’s teenagers have inordinate emotional baggage for various reasons contributing to their being at-risk readers and writers. Just take a look at these current statistics about childhood trauma and you see clearly that this is something from which the students in your class are likely not immune. If a correlation actually exists between the two—trauma affects literacy—then it suggests that educators need to find ways to keep all students reading. Being literate increases a person’s chances of emotional health because literacy enables individuals to address emotional turmoil in constructive ways.

There are students in our nation’s classrooms who could be described as 12 going on 40. Unfortunately, many of those kids choose unhealthy escapes for their pain, such as drugs, alcohol, rampant sex, violence, and other destructive activities. Reading books is a healthy way to cope with the pain of growing up—sometimes through pure escapism and sometimes through directly discussing issues—and it is my fervent belief that teachers and authors are the unsung heroes for adolescents on the brink of catastrophe. By knowing about and reading books that address tough topics and by putting the right book in a student’s hands, you can save a life.

The Joan F. Kaywell Books Save Lives Award, originally presented to me by the Florida Council of Teachers of English (FCTE) and now part of the Hipple Collection of Young Adult Literature in Special Collections at the University of South Florida, is given to the book that best represents an adolescent overcoming a situation—not of their own making—in such a way as to provide significant insight and hope to a reader. The inaugural awards were given to representative authors who write books that have the potential to save lives: Laurie Halse Anderson and Chris Crutcher in 2012 and Ellen Hopkins and Walter Dean Myers in 2013. An awards committee was established, and the following books have won the award since then:

October Mourning: A Song for Matthew Shepard by Lesléa Newman’s (2014). Newman writes a tribute to Matthew Shepard in 68 poems. Though this book won’t take readers long to read, its impact will last a lifetime. Though Matthew was beaten to death 20 years ago for being perceived as gay, LBGTQ people are still victims of bigotry and hate. Even resistant readers will find this book hard to put down.

Yaqui Delgado Wants to Kick Your Ass by Meg Medina (2015). Piddy Sanchez becomes the focus of bullying because she isn’t Latina enough to suit Yaqui Delgado, school bully. Yaqui also has it in her head that Piddy is set on stealing her boyfriend, which is simply not true. Besides winning the 2014 Pura Belpré Author Award, this book can help victims of school bullies see that there is a way out.

The Impossible Knife of Memory by Laurie Halse Anderson (2016). The United States has been at war in the Middle East for over 25 years, meaning that many of our students have family members who suffer from PTSD. Hayley’s life has been anything but “normal” since her father’s return from Iraq. Readers engage in a rollercoaster ride with Hayley as she tries to adjust to a new school, her ex-stepmother, a love interest at school, her father’s unhealthy use of alcohol, and her own attempt at suicide. An accident gets them both the professional help they need.

Positive: A Memoir by Paige Rawl with Ali Benjamin (2017). Paige Rawl is a midwestern American girl who was born HIV positive. When her HIV status is revealed, in middle school, she becomes the focus of intense bullying accompanied by insensitivity on the part of adults at her school. Previously a pageant winner, cheerleader, and soccer player, she spirals into depression. With professional help, she takes her bad situation and turns it around. This memoir includes resources about bullying, HIV and AIDS, and suicide prevention.

The Memory of Light by Francisco Stork (2018). Vicky Cruz wakes up in a mental hospital after a failed suicide attempt. The strength of this book comes from the professional help Vicky receives in examining why she made the attempt and her subsequent recovery; it is based on Stork’s own battle with depression.

To see the 2019 winners and more about the award, click here. 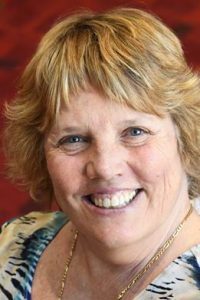 Joan F. Kaywell is a professor of English education at the University of South Florida (USF) where she has won several teaching awards for her passion of assisting preservice and practicing teachers in discovering ways to improve literacy. She is Past President of NCTE’s Assembly on Literature for Adolescents (ALAN). Kaywell is most proud of the Ted Hipple Special Collection of Autographed Books, a collection of over 5,500 titles she founded in honor of her mentor who introduced her to adolescent literature.