Build Your Stack: Girls of the Crescent - National Council of Teachers of English
Back to Blog 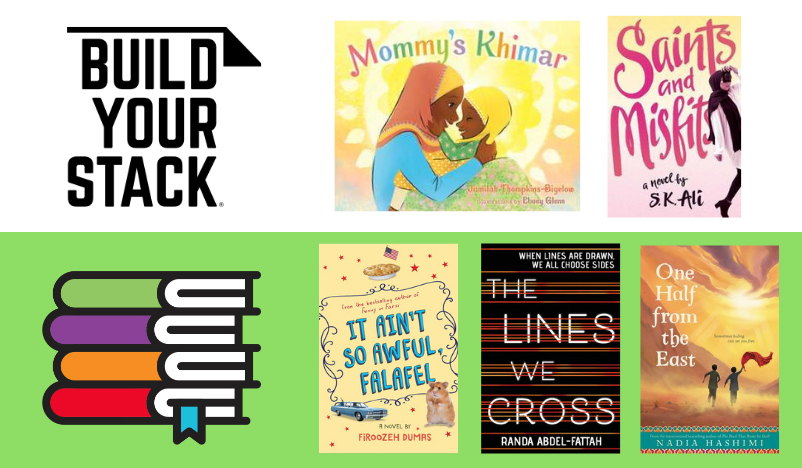 This blog post is part of Build Your Stack,® a new initiative focused exclusively on helping teachers build their book knowledge and their classroom libraries. This post was guest-authored by Mena and Zena, of the Girls of the Crescent organization.

We are Mena and Zena, two Muslim girls living in Michigan, ages 15 and 16. We started the nonprofit organization, Girls of the Crescent, to collect books with female Muslim main characters and donate them to schools and libraries.

We got this idea back in 4th grade when we were given a school project to research about a person who we looked up to. We both went to our public library with Muslim women in mind that were huge role models to us and we couldn’t find any books about them.

In fact, the first time we saw ourselves represented was last year when we read The Lines We Cross, by Randa Abdel-Fattah. The feeling that we experienced when reading about characters like us was indescribable and we were astonished that we never experienced it before.

Books have an immense impact on how children behave, socialize, and see themselves in the world, and if young kids don’t see themselves represented, there is a certain feeling of not belonging or not fitting in. We knew that we had to address this problem and do something to help empower Muslim girls like us. We decided to start our own non-profit organization, Girls of the Crescent. The purpose of Girls of the Crescent is to collect books with female Muslim main characters through donations and then gift them to school media centers and libraries around the community.

We have compiled a list of books on our website that includes strong Muslim female protagonists, ranging from elementary grade books to young adult and adult fiction. Here are some examples: The Lines We Cross

Michael hangs out with friends and attends anti-immigrant rallies until he meets Afghani refugee Mina, who makes his parents’ politics seem much more complicated. Muslim teen Janna Yusef is the center of this unforgettable novel about a girl’s evolution from being a victim to being someone who knows she is worth of support. One Half from the East

The modern-day family of this story’s main character, Obayda, hope dressing her as a boy will bring good luck . Obayda enjoys her new freedoms as a bacha posh, but the transformation can’t last forever. This sweet picture book features a young Muslim girl who spends a busy day wrapped up in her mother’s colorful khimar, or headscarf. It Ain’t So Awful, Falafel

Fitting in in California’s Newport Beach is difficult for young Iranian Zomorod Yousefzadeh, but she hopes her new name, Cindy, will help. This tale is set against the backdrop of anti-Iran sentiments of the late 1970s.

(Read an interview with Firoozeh Dumas from NCTE’s Council Chronicle.)

People are always surprised to see how long the list of books is because most of them are not included in our local library or school collections. We are hoping to provide awareness for these books that are so important for diversity.

We have received many donations from neighbors, friends, and other organizations, and even authors have been donating copies of their own books with female Muslim main characters to Girls of the Crescent. So far we have donated over 500 books locally as well as regionally and outside of the state and country. Word is spreading about our organization and we have been featured in NBC’s Today Show, the Malala Fund online Newsletter, Assembly, and NPR Michigan Radio.

Better than the publicity is the reaction we get from the students, teachers, and librarians when we donate the books. A librarian in our community told us that one of her students had been looking for books with a Pakistani female character, like her, but that she did not have any to provide the girl. When we donated to that library we brought along a sense of belonging for that girl.

Donating to an elementary school at a mosque was also a rewarding experience. As we gave the books to the kids they excitedly flipped through them, seeing familiar names and traditions typed and illustrated on the pages.

We hope that the work we are doing will help Muslim girls feel included and spread awareness about the importance of representation and diversity in books. Learn more on our website at www.girlsofthecrescent.org.

Zena and Mena Nasiri, founders of the nonprofit organization Girls of the Crescent, live in Rochester Hills, Michigan.