Digital Storytelling and the Digital Divide - NCTE
Back to Blog 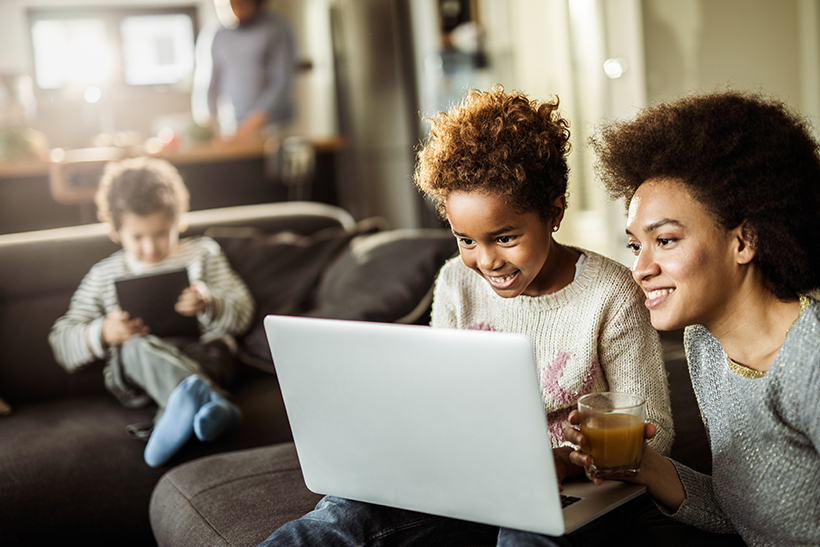 This post was written by NCTE members Tisha Lewis Ellison and Marva Solomon, and is adapted from their article “Counter-Storytelling vs. Deficit Thinking around African American Children and Families, Digital Literacies, Race, and the Digital Divide,” published in Research in the Teaching of English (February 2019).

When one of the major newspapers wrote an article about digital literacy practices in the home, it featured a long full-page story that only highlighted a white, middle-class family with authenticated privileges. When I emailed the editor to share some of the other work that included African American families’ personal stories about their digital literacy practices in the home, the response was brushed off: “we’ll get back to you if we go in that direction.”

This experience could have meant many things, but one meaning was that this story idea was not of importance at this time.

My passion for researching African American families and adolescents’ digital literacy practices, across home and community spaces, originated when I interviewed my grandmother and three nephews in the early 2000s and taught my parents to use the internet and send text messages. These practices afforded a stronger way for me to understand how these tools played a role in their everyday lives, as well as a way for us to communicate while engaging together. I realized that our rich, at-home, literacy stories and practices were not discussed in the research field. In fact, when there was mention of African Americans and digital tools (apps, video games); digital literacy practices (texting, writing on social networking sites, and blogging); or digital competencies (skills and knowledge), it was always followed by deficits or stereotypes of what they lacked or did not have.

When the term “digital divide” was introduced in the 1990s (US Department of Commerce, National Telecommunications and Information Administration, 1995), markers of the “haves” and “have nots” would always identify African Americans as being without internet access (. In addition, I would occasionally google “digital divide” and would be amazed of the plethora of images of Black and Brown kids. I realized that these misrepresentations were extended across the larger field. Somehow the stories of the African American parents and adolescents I have studied for over a decade were not being told or were not being represented in ways that illustrate, not only their digital access in their homes, but also how they were consumers and producers of such digital tools. Marva offers similar stories below.

My first-grade research subjects came from classrooms where their well-meaning teachers expressed strong feelings about what these children could do and not do, and what their parents could and could not provide. Their teachers were not mean-spirited, just part of a world that defines African American children by the digital divide and similar deficit labels and thinking.

When I was a young teacher I might have fallen into the same patterns of thinking, except for the fact that that the labels never lined up with myself and my own Black family, so the labels never rang true to me. I heard: “You can’t expect these parents to bring cupcakes for the class party, or send paper plates for the science experiment.” But I knew that Black parents provided those things and more in my circle of family and friends.

I saw how first graders communicated, through stories, as a chance for them to represent themselves and families like mine who expose stereotypes. The students’ use of computers at school to compose their own stories was limited to non-existent at the time of the original study. So what they depended upon to compose were the digital literacies they brought from home (that they weren’t supposed to have), and the space created by the research project for them to tell their own stories. In that space there were no pre-judgments of what they could or could not accomplish, or even what a story was.

Our hope is that teachers and researchers who read our article “Counter-storytelling vs. Deficit Thinking around African American Children and Families, Digital Literacies, Race and the Digital Divide” in the Research in the Teaching of English take away the ideas that the digital divide doesn’t neatly define African American children and families, and that all children need space and time to tell their own stories.

Digital storytelling is a perfect opportunity that students need in order to create their own stories fully across modalities and tell you who they really are (and who they really are will defy most assumptions). We have received positive results from the publication of our article—via social media and professional development invitations—that are challenging the teaching and research fields against its, at times, racially systemic narratives and viewpoints around race and digital literacies among Black families and populations. These perspectives are not only harmful, but they can continue to diminish the asset-view thinking that we observe in and with our research participants.

We are concerned, with the current racial/ethnic breakdown of diverse students in US classrooms at 50%, while teachers of color are at 18%, and white teachers, at over 80% (American Association of Colleges for Teacher Education, 2019), that this could have the propensity to devalue students’ cultures, stories, creativity, and being in the world through unconscious racial lens and anxieties.

This article was written to speak against the deficit narratives that have attempted to marginalize African American populations. Instead, we suggest that now is the time to have courageous conversations about race, and about the ways digital literacy practices among African American populations are fostering agentic and innovative means for families and students to globally compete as equal in this digitally mediated world.

We strongly adhere to the position argued in the NCTE Framework for 21st Century Curriculum and Assessment (2013), of affording students with the opportunity to develop technological skills to use in and out of the classroom, problem-solve, foster agency, and infuse their creativity, ideas, and criticality to communicate in multiple ways.

We desire to have these kinds of conversations with educators that will counter the racial and oppressive stereotypical viewpoints that are currently dominating today’s educational, social media, and political sectors. We choose to focus on a more post-digital divide era that celebrates the already-existing digital technological skills that students already use and find meaningful in their daily lives.

Tisha Lewis Ellison is an Associate Professor in the Department of Language and Literacy Education at The University of Georgia. Her research explores the intersections of family literacy, multimodality, and digital and STEM literacy practices among African American and Latinx families and adolescents. Marva Solomon is an Associate Professor of Teacher Education in the College of Education at Angelo State University. Her research interests include digital literacy, early readers and writers, and African American storytelling.