Remembering Ray Bradbury at 100 Years - NCTE
Back to Blog 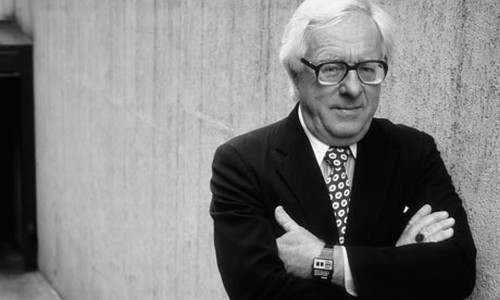 Ray Bradbury was born in Waukegan, Illinois, in 1920. In addition to writing twenty-seven novels, including Fahrenheit 451 (1953), and over 600 short stories, some of which are included in his short story collections The Martian Chronicles (1950) and The Illustrated Man (1951), Bradbury adapted sixty-five of his stories for television’s The Ray Bradbury Theater.

More than eight million copies of his books have been sold in 36 languages. Bradbury’s honors include the 2000 National Book Foundation Medal for Distinguished Contribution to American Letters, the 2004 National Medal of Arts, and a Pulitzer Prize Special Citation in 2007. In 1994, he won an Emmy Award for his screenplay The Halloween Tree. Ray Bradbury died in 2012.

Invite your students to participate in a Bradbury author study, and then create an artifact to advertise their favorite story. First, have students read several titles from Bradbury’s extensive body of work. Provide a classroom library or a booklist from which students can select titles. After students have read a sample of Bradbury’s stories, ask them to select their favorite. Have students share their recommendations as a group.

Engage with these resources from ReadWriteThink.org incorporating works by Ray Bradbury.

As part of Poetry in English at the Library of Congress, Ray Bradbury reading his poems and giving a lecture titled “Beyond 1984, what to do when the doom doesn’t arrive!” on April 26, 1982.

In the Letters About Literature series from the Library of Congress, read this piece from middle schooler Jane Wang of Chandler, Arizona,  who wrote to Ray Bradbury, author of Fahrenheit 451.