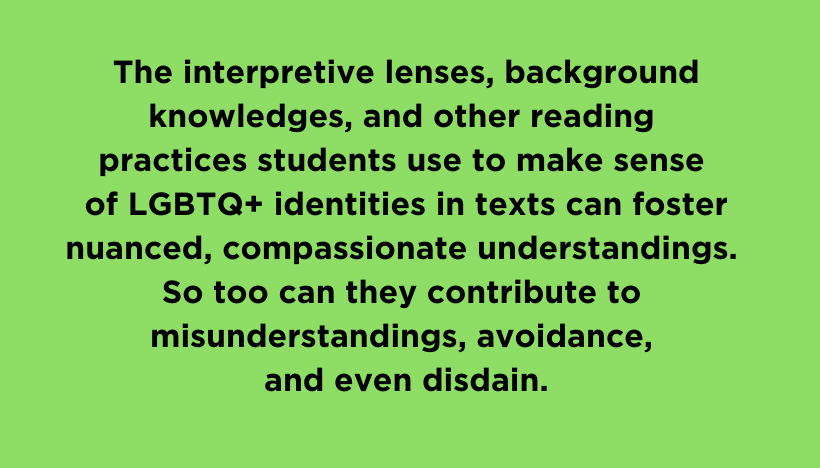 This post was written by guest authors Michelle Hopf and Ryan Schey.

As a middle-grade English teacher (Michelle) and a university teacher educator (Ryan), we know that it is vital to feature LGBTQ+ identities, with respect to literary characters and authors, in our classrooms. In addition to assigning LGBTQ+-themed books or placing them on the shelves of our classroom libraries, we know we need to attend to how students engage with these texts. The interpretive lenses, background knowledge, and other reading practices students use to make sense of LGBTQ+ identities in texts can foster nuanced, compassionate understandings. So too can they contribute to misunderstandings, avoidance, and even disdain.

As a result, we wanted to find ways to support our students, whether middle schoolers or university undergraduates, in developing nuanced understandings of queer lives represented in young adult literature.

We leaned on our content area knowledge of literature instruction and decided that characterization analysis would help us work toward our goals. Michelle and a colleague, Kristina Passi, had been using “pressure maps” to analyze characters, an approach which would lend itself to analyzing two LGBTQ-themed young adult novels for middle-grades readers: Howard’s The Whispers and Gephart’s Lily and Dunkin. 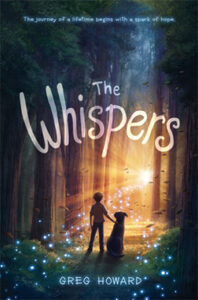 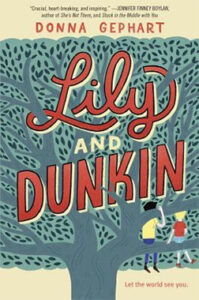 Both novels feature queer identities (gay and transgender identities respectively) and take up themes such as coming-of-age and coming out, mental health, death, and friendship. The Whispers, set in rural South Carolina, follows Riley’s journey to find his mother—efforts that involve repeated questioning by authority figures, a mythical story about whispering voices in the woods, and a camping trip with his friends and “redneck superhero” crush. Eventually, with the support of his friends, family, and some strangers, he comes to acknowledge that his mother had passed away from cancer and did not disappear because she was disgusted with his love for boys.

Lily and Dunkin, set in a Florida suburb, is told from alternating perspectives. Lily wants to publicly transition as she starts eighth grade, and tries to get her parents, especially her dad, to support her in accessing hormone blockers. Dunkin has just moved to Florida and struggles with navigating bipolar disorder and finding friends at his new school.

These two middle grade novels offer rich opportunities to analyze LGBTQ+ characters’ experiences using “pressure maps.” Often with characterization, students use textual evidence to analyze speech, thoughts, emotions, actions, and appearances to determine how a character is developed on the page. The pressure map builds somewhat on that concept by asking students to analyze the internal and external pressures a character encounters.

With the assignment, teachers can use weather maps to illustrate for students a range of colors representing different intensities and types of pressures. Just because a phenomenon causes pressure does not mean it comes from a red zone of negativity. Pressure can be positive, such as when it compels a character to engage in self-care.

Furthermore, the idea of pressures can be a tool for readers to use in analyzing larger systemic dynamics, such as homophobia, transphobia, and racism. Ultimately, students create a drawing of the character(s) that includes text evidence and illustrations of internal and external pressures.

Pressure maps can be used in different ways to study characterization in The Whispers and Lily and Dunkin. One way is as a midway or end-of-novel characterization analysis. Students choose a character to analyze and develop a map of that character at a given point in the narrative. Riley in The Whispers offers an ample number of relationships, conflicts, and decisions for students. Both Lily and Dunkin could be analyzed individually because the novel is told from the alternating points of view of the two characters.

Alternatively, students could analyze how pressures change throughout the book. In The Whispers, Riley comes to the realization that his mother died from cancer and did not disappear because of disgust of his love for boys. Creating a map of the pressures Riley feels early in the novel and a map of the pressures he feels as the novel resolves could help students understand how he navigates internalized homophobia.

Similarly, considering Lily and Dunkin together on a map could invite nuanced analyses. Lily and Dunkin become friends and have several pressures in common, including school bullies. However, they are also dealing with bullies for different reasons—Lily is publicly transitioning (and navigating transphobia) and Dunkin is managing his bipolar disorder (and navigating societal norms around mental health and public presentation).

In turn, the relative privilege of both characters’ whiteness and social class shields them from other dangers. By delving into such pressures, both those that constrain and those that compel, rather than only surface level identifiers, students can develop a more complex picture of LGBTQ+ characters. Our hope is that ELA teachers might adapt and expand upon such ideas in their own teaching. 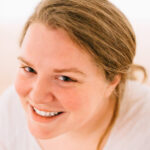 Michelle Hopf, a National Board Certified Teacher, is currently in her eighth year of teaching seventh-grade language arts in Auburn City Schools in Alabama. Choice and independence play a big role in her students’ development throughout the year. She’s worked as a department head and intervention teaching during her tenure. She is also a coadvisor to her school’s GSA club. 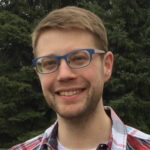 Ryan Schey is an assistant professor of English education at Auburn University. His research exBplores literacy and language practices and social change in schools, focusing on queer and trans youth and those who work in solidarity with them. He was recently recognized as the recipient of NCTE’s 2020 Promising Researcher Award, and his scholarship, individual and co-authored, can be found in NCTE journals such as English Education and Research in the Teaching of English. Prior to completing his doctorate, he taught high school English in Ohio and coadvised his school’s GSA club.