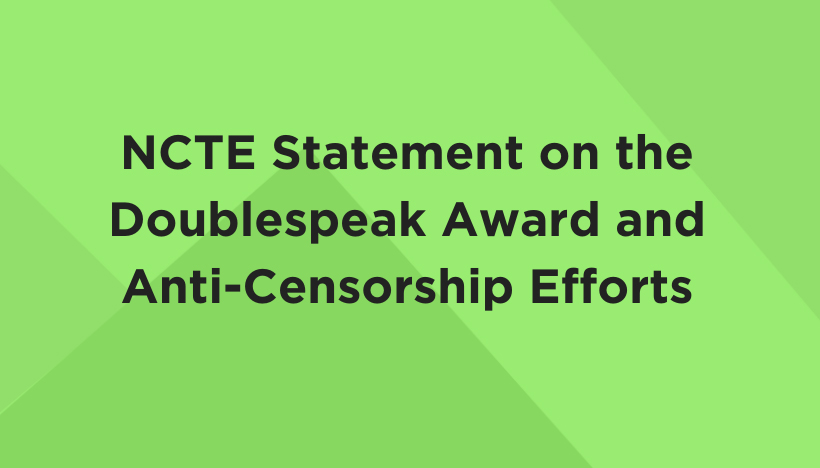 NCTE remains deeply committed to supporting excellent public language and is also in an important period of reflecting and considering new possibilities for expanding this work. Recent advances we have made in the space of critical media literacy encourage us to think deeply and creatively, on behalf of teachers, their students, and our entire membership.

We regret current misinformation circulating regarding some aspects of NCTE’s Public Language Awards. To be clear and for the record:

We want NCTE members to know—NCTE has not remained on the sidelines in regard to intellectual freedom and censorship matters, and has no intention of doing so in the future.