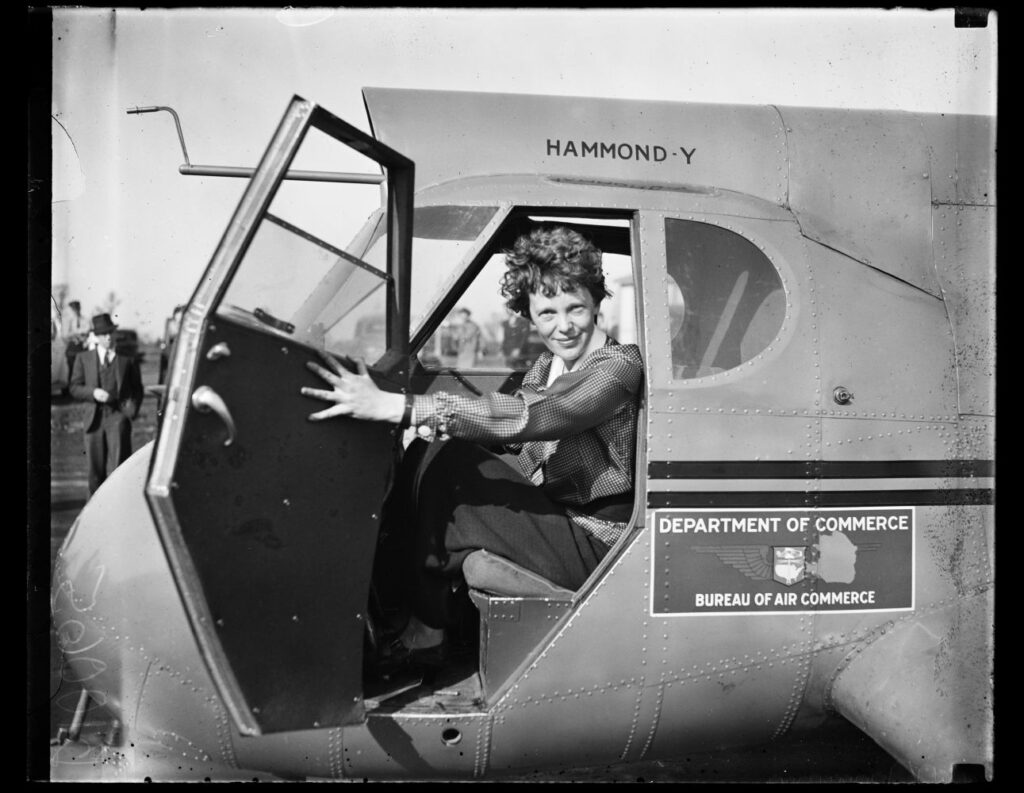 Amelia Earhart was born in 1897. Once she began flying in 1921, she quickly set numerous women’s altitude, speed, and distance records. She first flew across the Atlantic in 1928 as a passenger, then on January 11, 1935, Earhart became the first person—male OR female—to fly solo from Hawaii to California. Learn more about these two flights.

On June 1, 1937, Earhart began her last journey: to fly around the world. After successfully flying 22,000 miles, she failed to arrive at a scheduled stop on Howland Island in the Pacific. No trace of her or her plane has ever been found. See more about her final flight.

Amelia Earhart was frequently photographed. This collection of the Prints & Photographs Division from the Library of Congress include a number of images of Earhart, including some photographs of her sitting in a cockpit looking relaxed and self-assured.

Alexis Alexander, an intern with the education team at the Library of Congress as part of the Hispanic Association of Colleges and Universities (HACU) Internship Program, developed a primary source activity to commemorate Earhart’s accomplishments.

The newspapers covered her journeys as she broke speed records, altitude records, crossed the country, and became the first person to fly solo over the Pacific from California to Hawaii. She gained thousands of fans around the country and the world.

Amelia Earhart has inspired generations of women to do things that had never been done by women before. How can you use primary sources to engage young learners and help them learn more about Amelia Earhart or other notable women?