Literacies and Languages for All

Focusing on whole language as a dynamic philosophy of education. 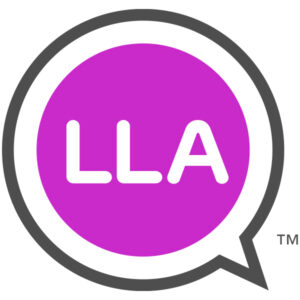 LLA is happy to present the following webinars to our membership. These webinars are free to all LLA members. If you are not an LLA member, you will be directed to join LLA in order to attend.

Thank you for attending! If you missed any of the dynamic speakers, recordings are now available! Click on the links below. 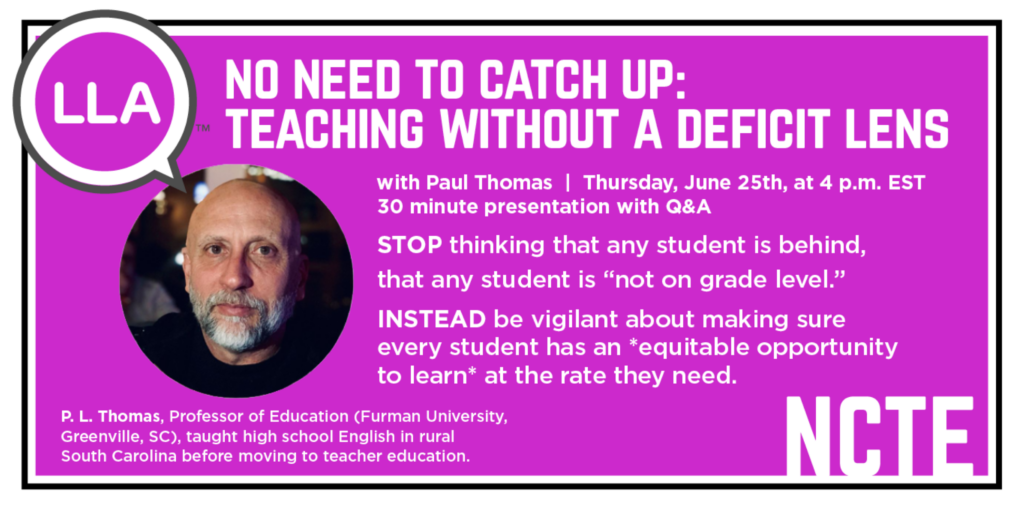 No Need to Catch Up:  Teaching Without a Deficit Lens 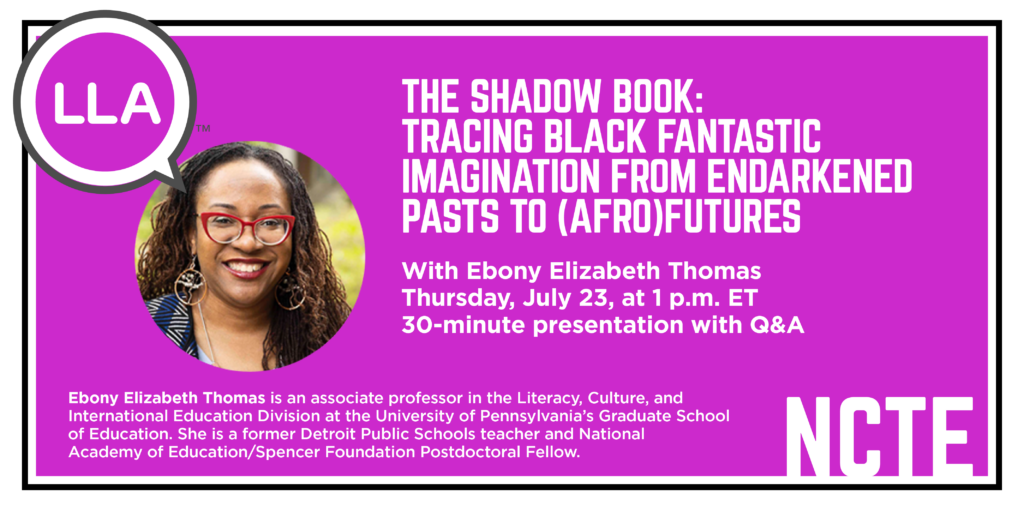 How do young readers respond to difficult stories about the past? Many topics frequently found in historical children’s and young adult literature—antebellum slavery, de jure segregation in the Jim Crow South, the internment of Japanese Americans during World War II, and the forced removal of Native Americans from their ancestral lands, to name just a few—are set during the bleakest chapters of American history. This is not surprising. One of the key functions of children’s literature is to explain and interpret national histories – histories that involve invasion, conquest, enslavement, and assimilation. However, interpreting these events can prove difficult in light of the other key functions of children’s literature: to transmit values, to convey a sense of nostalgia and wonder, to spark young imaginations, and to provide an expected happily ever after at the end of each story. Historical children’s stories are often framed within a meta narrative, or master story, of progress, triumph, and optimism. Although young people are learning some valuable information about the past, ultimately, they are learning only a single story — that of the unassailable American Dream.

Ebony Elizabeth Thomas is Associate Professor in the Literacy, Culture, and International Educational Division at the University of Pennsylvania’s Graduate School of Education. A former Detroit Public Schools teacher and National Academy of Education/Spencer Foundation Postdoctoral Fellow, she was a member of the NCTE Cultivating New Voices Among Scholars of Color’s 2008-2010 cohort, served on the NCTE Conference on English Education’s Executive Committee from 2013 until 2017, and is the immediate past chair of the NCTE Standing Committee on Research. Currently, she serves as co-editor of Research of the Teaching of English, and her most recent book is The Dark Fantastic: Race and the Imagination from Harry Potter to the Hunger Games (NYU Press, 2019).

Trudy Ludwig is a highly acclaimed children’s advocate, speaker, and award-winning author of children’s books including The Invisible Boy, a School Library Journal Best Picture Books Selection and a recommended back-to-school book by USA Today and Scholastic Instructor. An active member of the International Bullying Prevention Association, Trudy has collaborated with leading experts and organizations including Sesame Workshop, Committee for Children, and ConnectSafely.org to help kids connect with their peers in kinder, more inclusive ways. She has received rave reviews from educators, experts, organizations, and parents for her passion and compassion in addressing peer aggression and friendship issues.

Special thanks to the sponsors who help to make the Literacies for All Summer Institute possible!

Center for Expansion of Language and Thinking (CELT)