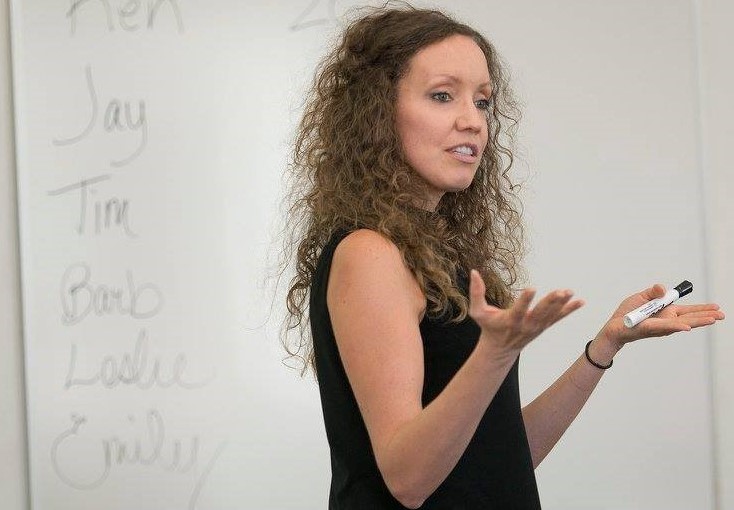 Christina Berchini is a teacher educator and a member of the NCTE Standing Committee Against Censorship who writes often on the topic of whiteness and privilege and teaching. This year Christina was recognized  for this work with the NCTE 2017 National Intellectual Freedom Award Honorable Mention.  Find her on Twitter @Christina_Berch .

Given our current sociopolitical climate, the need for conversations on race and racism is a necessity. Christina tackles these issues head on. As the teaching force remains largely White and students become increasingly multicolored, it is important to understand how schools operate, especially when they do so to advantage and disadvantage various stakeholders while proclaiming that they celebrate diversity. Christina’s scholarship on ways in which White teachers’ identities are structured by the contexts and discourses of their schools is not only timely, it is imperative. Her work is important because it reveals how institutions reify specific racialized social norms. It raises public awareness of how school organization is anything but benign, instead shaping educational practice to impose one set of cultural values and practices on multicultural students and teachers. Her scholarship on how race and racism plays out in schools has often been met with visceral hostility – verbal personal attacks as well as those that call for her being removed from her teaching position. But these challenges do not stop her from continuing to write about this topic. Christina’s pledge to continuing this conversation in the face of hostile challenges is clear evidence of her commitment to intellectual freedom. 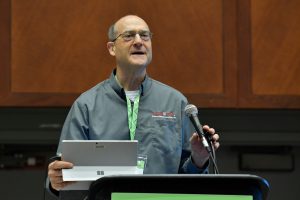 While Christina was unable to attend the awards ceremony at the NCTE Annual Convention, Distinguished Service Award winner Peter Smagorinsky elegantly presented her words of thanks,

As the nation grapples with heightened racial tensions and blatant institutionalized white supremacy, the work of examining and disrupting whiteness and privilege is unambiguously urgent.

Upon embarking on this work nearly one decade ago, I can say that responses to my writing, research, and teaching have run the gamut – mostly ranging from polite nods, to genuine confusion, to sheer hostility. In what follows, I offer a smattering of public, professional, and personal responses to my work with whiteness.

In the last month alone, I have received the following responses from the public to my teaching, after my teacher education course on racism and whiteness was profiled by a local newspaper in Wisconsin:

• This course is a waste of tuition money.
• Classes like this are the reason I’m glad college isn’t free. [If] you wanna pay for this class that’s fine, but don’t expect me to pay.
• Now they teach racism in schools, how nice. Liberalism is naturally racist.
• Ya [sic] being white is wrong these days. So so so stupid. Classes like this are just liberal brain washing.
• Perhaps if you want to teach about whiteness, you should get a job in North Korea, Cuba, or Saudi Arabia. 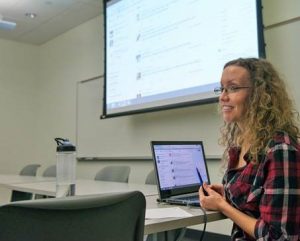 Resistance to the work of whiteness also has a home within the academy. My attempts to publish research on whiteness have been met with flippant responses from my anonymous peers, leading to protracted review processes, wasted time, and the emotional labor of explaining to people in positions of power about why whiteness research matters. Some of these responses are as follows:

• In the US, race gets examined far more than class; I’ve analyzed this in the teacher education and social justice education literature. We simply don’t look at class seriously (which I think is a problem, although the author might not);
• I’m sorry, but poverty is a much larger problem than racism, and I refuse to be a member of “The White Guilt Society.”

Finally, skeptical responses from family came at a particularly vulnerable time. I remember discussing my work with my well-meaning mother; I was one year away from completing my dissertation, and had not yet landed a job when she asked: “Are you sure you’re gonna be able to get a job with this kind of research?” I guess she did not realize that it was a little too late to change the direction in which my work was headed since I was mere months from graduating.

It has thus been my experience that positive and affirming responses to the critical work of whiteness are few and far between. I therefore feel it deeply, when an organization like NCTE, and its intellectual freedom efforts, chooses to recognize such work. I am indebted to Millie Davis, Jeff Kaplan, Paula Greathouse, and the Intellectual Freedom Award committee members for recognizing the urgency in which work with whiteness is situated. Thank you.