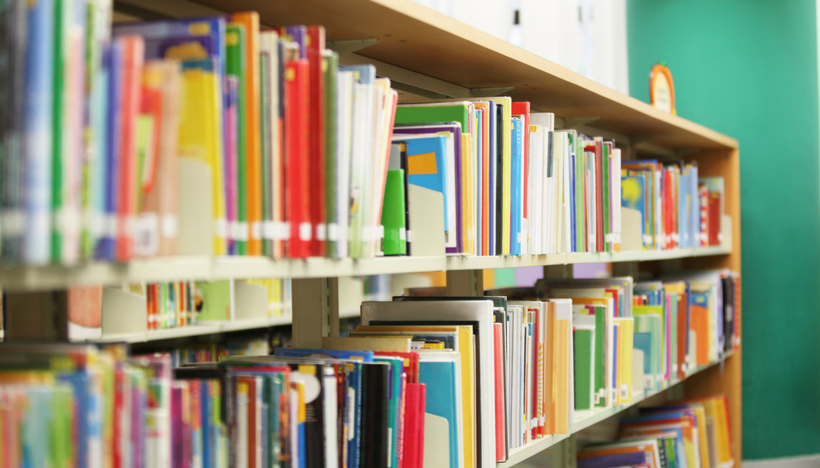 As a follow-up to our November 2017 #NCTEchat, Using Mentor Texts, we asked our social media community to share some of their favorite mentor texts with us. So far, we’ve shared our community’s recommendations for mentor texts to teach argument writing and chapter books to teach narrative writing.

In the second part of this blog on mentor texts for narrative writing, we’ll be focusing on picture books, short stories, and more. To see the original messages this list is based on, click here.

The Harmonica by Tony Johnston, illustrated by Ron Mazellan

When the Nazis invade Poland, a family is split apart. A harmonica keeps a boy’s hope alive. The story is inspired by the life of a Holocaust survivor.

A father and son drive into the night. As the sky turns shades of deep blue and purple, they watch for night animals, swap baseball stories, and keep a lookout for eighteen-wheelers. But they have miles to go before they can sleep, and it’s a real challenge to stay awake for a whole night of driving.

The Memory String by Eve Bunting, illustrated by Ted Rand

Each button on Laura’s memory string represents a piece of her family history. The buttons Laura cherishes the most belonged to her mother.

A young boy and his mother are forced to flee their apartment during a night of rioting in Los Angeles. Fires and looting force neighbors—who have always avoided one another—to come together in the face of danger and concern for their missing pets.

Fly Away Home by Eve Bunting, illustrated by Ronald Himler

A homeless boy who lives in an airport with his father, moving from terminal to terminal trying not to be noticed, is given hope when a trapped bird finally finds its freedom.

Rollercoaster by Marla Frazee
The roller coaster car is going up, up, up to the highest spot. And at least one of the people in the car has never ridden on a roller coaster before . . . ever. Wheeeeeeee!

Every Saturday, the narrator, a young boy, rides his bicycle up and down country roads past farms, a graveyard, and a filling station, until he reaches his beloved Mammaw’s house.

Late one winter night a little girl and her father go owling. The trees stand still as statues and the world is silent as a dream. Whoo-whoo-whoo, the father calls to the mysterious nighttime bird. But there is no answer.

Ralph Tells a Story by Abby Hanlon
Although his teacher insists there are stories everywhere, Ralph cannot think of any to write.

Our Very Own Dog by Amanda McCardie

There’s nothing more exciting than getting a dog! Join Sophie’s new human family as they prepare their home for her and introduce her to life as a beloved pet.

A boy must leave his home and find another. He brings with him a teacup full of earth from the place where he grew up, and sets off to sea.

We Had a Picnic This Sunday Past by Jacqueline Woodson

Teeka’s family had a picnic this Sunday past. Everyone was there, from mean old cousin Terrance who put fake flies on the sweet corn, to Bible-toting Reverend Luke to Auntie Kim (Teeka’s all-time favorite).

Baseball Saved Us by Ken Mochizuki, illustrated by Dom Lee

Shorty and his family, along with thousands of Japanese Americans, are sent to an internment camp after the attack on Pearl Harbor. Fighting the heat and dust of the desert, Shorty and his father decide to build a baseball diamond and form a league in order to boost the spirits of the internees.

Of Thee I Sing: A Letter to My Daughters by Barack Obama, illustrated by Loren Long

In this tender, beautiful letter to his daughters, President Barack Obama has written a moving tribute to thirteen groundbreaking Americans and the ideals that have shaped our nation.

One hot summer night in the city, all the power goes out. The TV shuts off and a boy wails, “Mommm!” His sister can no longer use the phone, Mom can’t work on her computer, and Dad can’t finish cooking dinner. What’s a family to do?

Working up the courage to take a big, important leap is hard, but Jabari is almost absolutely ready to make a giant splash.

It was the perfect summer. That is, until Jeremy Ross moved into the house down the street and became neighborhood enemy number one. Luckily Dad had a surefire way to get rid of enemies: Enemy Pie.

Those Shoes by Maribeth Boelts, illustrated by Noah Z. Jones

All Jeremy wants is a pair of those shoes, the ones everyone at school seems to be wearing. But Jeremy’s grandma tells him they don’t have room for “want,” just “need,” and what Jeremy needs are new boots for winter.

The Relatives Came by Cynthia Rylant

In a rainbow-colored station wagon that smelled like a real car, the relatives came.

All the Places to Love by Patricia McLaughlin

Within the sanctuary of a loving family, baby Eli is born and, as he grows, learns to cherish the people and places around him, eventually passing on what he has discovered to his new baby sister, Sylvie.

Why should you teach this book? The text-to-self connections students make to the text and vivid word choice and voice of the text make it a classic for personal narrative for all students from K to 12.

Marian called it Roxboxen. There across the road, it looked like any rocky hill—nothing but sand and rocks, and some old wooden boxes. But it was a special place. And all children needed to go there was a long stick and a soaring imagination.

The Other Side by Jacqueline Woodson, illustrated by E. B. Lewis

Clover’s mom says it isn’t safe to cross the fence that segregates their African-American side of town from the White side where Anna lives. But the two girls strike up a friendship, and get around the grown-ups’ rules by sitting on top of the fence together.

“Salvador, Late or Early” by Sandra Cisneros, Woman Hollering Creek and Other Stories

“The Joy of Reading and Writing: Superman and Me” by Sherman Alexie, Los Angeles Times, April 19, 1998

“My Indian Education” by Sherman Alexie, The Lone Ranger and Tonto Fistfight in Heaven

“Learning to Read” by Malcom X, The Autobiography of Malcolm X

“A Plate of Peas” by Rick Beyer, NPR’s “All Things Considered”

“So What Are You, Anyway?” by Lawrence Hill

“In the Waiting Room” by Elizabeth Bishop

“I was a Skinny Tomboy Kid” by Alma Luz Villanueva

Humans of New York
Photos, interviews, and videos of residents of New York City, plus stories from twenty different countries