Build Your Stack: Affirming Black Boys outside the Context of Police Brutality - National Council of Teachers of English
Back to Blog 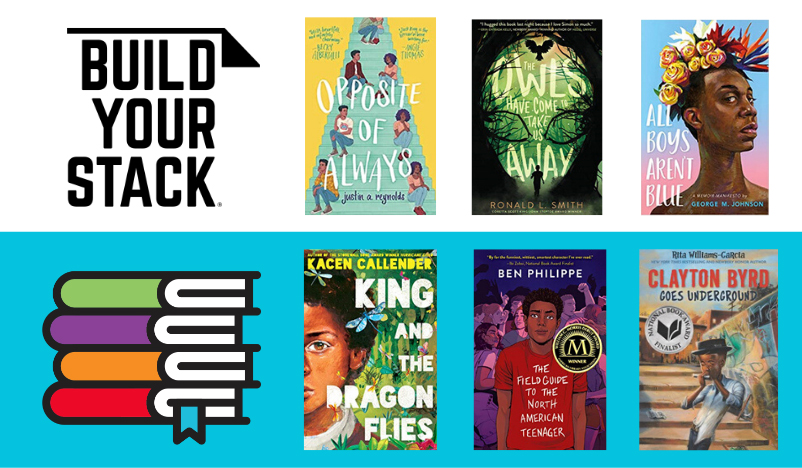 This post was written by guest author Ryan Douglass. This blog post is part of Build Your Stack,® a new initiative focused exclusively on helping teachers build their book knowledge and their classroom libraries. Build Your Stack® provides a forum for contributors to share books from their classroom experience; inclusion in a blog post does not imply endorsement or promotion of specific books by NCTE.

I recently put out a call on Twitter for recommendations for books starring Black boys in stories without police violence and got an outpouring of suggested titles.

While police brutality disproportionately affects the lives of Black youth, it’s important to affirm Black boys outside the context of this trauma, so they may feel represented in stories of joy, triumph, and escapism. Books, as tools of empowerment, can strengthen the self-esteem, morale, and cultural education of kids who feel limited by the harsh realities of racism.

The following books center Black boy heroes in a variety of genres and highlight the immense diversity of their experiences. 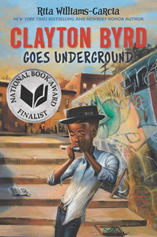 Clayton feels most alive when he’s with his grandfather, Cool Papa Byrd, and the band of Bluesmen. He can’t wait to join them, just as soon as he has a blues song of his own. But then Cool Papa Byrd dies, and Clayton’s mother forbids Clayton from playing the blues. Clayton knows that’s no way to live. Armed with his grandfather’s brown porkpie hat and his harmonica, he runs away from home to journey through New York City subways and to Washington Square Park, in search of the Bluesmen, hoping he can join them on the road. Rita Williams-Garcia crafts a powerful and heartfelt novel about loss, family, love, and the power of music. 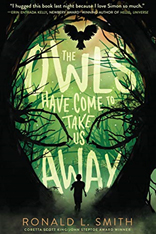 The Owls Have Come to Take Us Away
by Ronald Smith

This story of an alien-obsessed biracial boy growing up in a military base is a perfect intro to sci-fi horror for kids aged 8-12. On a camping trip with his parents, Simon goes through an experience that he believes to be an alien abduction, which may be real, or just the product of the overactive imagination of a kid who loves fantasy, role-playing games, and is the target of bullies and his father’s scorn. The Owls Have Come to Take Us Away is a poignant look at mental health and toxic masculinity wrapped up in a story about aliens. 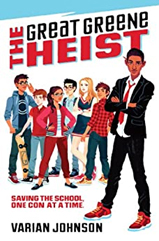 Jackson Greene assembles a crack team to ensure the school president election is won fair and square, and not by Keith Sinclair’s connections with the principal: Hashemi Larijani, tech genius; Victor Cho, bankroll; Megan Feldman, science goddess and cheerleader; Charlie de la Cruz, point man. Together they devise a plan that will bring Keith down once and for all. Yet as Jackson draws closer to his ex-best-friend and Keith’s opponent, Gaby de la Cruz, he realizes the election isn’t the only thing he wants to win. The Great Greene Heist has political intrigue, a motley team of supporting characters, and a charming and clever hero. 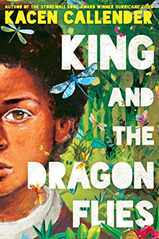 King and the Dragonflies
by Kacen Callender
Twelve-year-old Kingston James is sure that when his brother unexpectedly passed away, he shed his human skin to become a dragonfly, and live by the bayou in their small Louisiana town. As grief transforms his family, King finds it hard to talk with his best friend, Sandy Sanders. Days before he died, Khalid told King to end their friendship on suspicion Sandy might be gay. Then Sandy goes missing, and King finds him hiding in a tent in his backyard. He agrees to help Sandy escape from his abusive father, and the two reignite their friendship as they build their own private paradise down by the bayou among the dragonflies, forcing King to confront questions about himself and the reality of his brother’s death. King and the Dragonflies takes a poignant look at a boy coming to terms with his sexuality in the aftermath of his brother’s death. 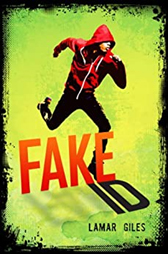 Fake ID
by Lamar Giles
Nick Pearson is hiding in plain sight. In fact, his name isn’t really Nick Pearson. He shouldn’t tell you his real name, his real hometown, or why his family just moved to Stepton, Virginia. And he definitely shouldn’t tell you about his friend Eli Cruz and the major conspiracy Eli was uncovering when he died, or about how Nick had to choose between solving Eli’s murder with his sister, Reya, and “staying low-key” like the Program said to do. But he’s going to tell you—unless he gets caught first. Fake ID is a fast-paced mystery thriller that explores the complicated family dynamics of a clever, resourceful kid living in the witness protection program. 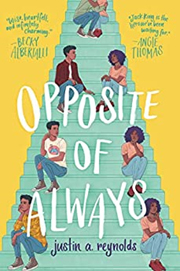 Opposite of Always
by Justin A. Reynolds
When Jack and Kate meet at a party, Jack knows immediately he’s falling—hard. But then Kate dies, and her death sends Jack back to the moment they first meet. Jack isn’t sure if he’s losing his mind. Still, if he has a chance to prevent Kate’s death, he’ll take it. Even if that means believing in time travel. However, when one choice turns deadly for someone else close to him, Jack learns his actions are not without consequences. Author Justin A. Reynolds delivers a heartfelt contemporary time travel novel about the choices we make, the people we choose, and the moments that make a life worth reliving. 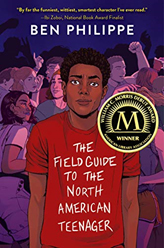 The Field Guide to the North American Teenager
by Ben Phillippe
Norris Kaplan is a clever, cynical French-Canadian teen who just moved to Austin, Texas. Faced with a new high school, Norris begins cataloging everyone he meets—Cheerleaders, Jocks, Loners, and the Manic Pixie Dream Girl—just to amuse himself. But then those labels become actual people. Liam, who makes it his mission to befriend Norris, Madison, who is so nice it must be a trap, and Aarti, who might be a real love interest in the making. Soon Norris realizes it might be time to stop hiding behind his snarky opinions and start living his life—along with the people who have won his heart. This quirky, hilarious tale is about finding friendship and belonging where you feel like a fish out of water. 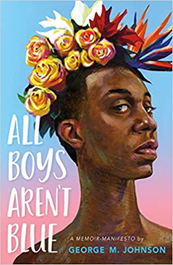 All Boys Aren’t Blue
by George M. Johnson
Journalist and activist George M. Johnson’s YA memoir-manifesto All Boys Aren’t Blue takes stories from his childhood, adolescence, and college years to show readers how they can fight for themselves or be allies for others in the struggle for equity and equality. From the memories of getting his teeth kicked out by bullies at age five, to flea-marketing with his loving grandmother, to his first sexual relationships, this young adult memoir weaves a powerful narrative about the trials and triumphs faced by Black queer boys today. 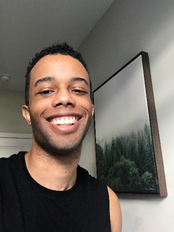 Ryan Douglass is an author, freelance writer, and former writing tutor from Atlanta, Georgia. He has written about race, literacy, toxic masculinity, and media representation for The Huffington Post, Atlanta Black Star, Everyday Feminism, LGBTQNation, and Medium, among others. His debut novel is a Get Out-inspired YA thriller due from Penguin/Putnam in the summer of 2021. Find him on Twitter @ryandouglassw.