Learning from Rosa Parks - NCTE
Back to Blog 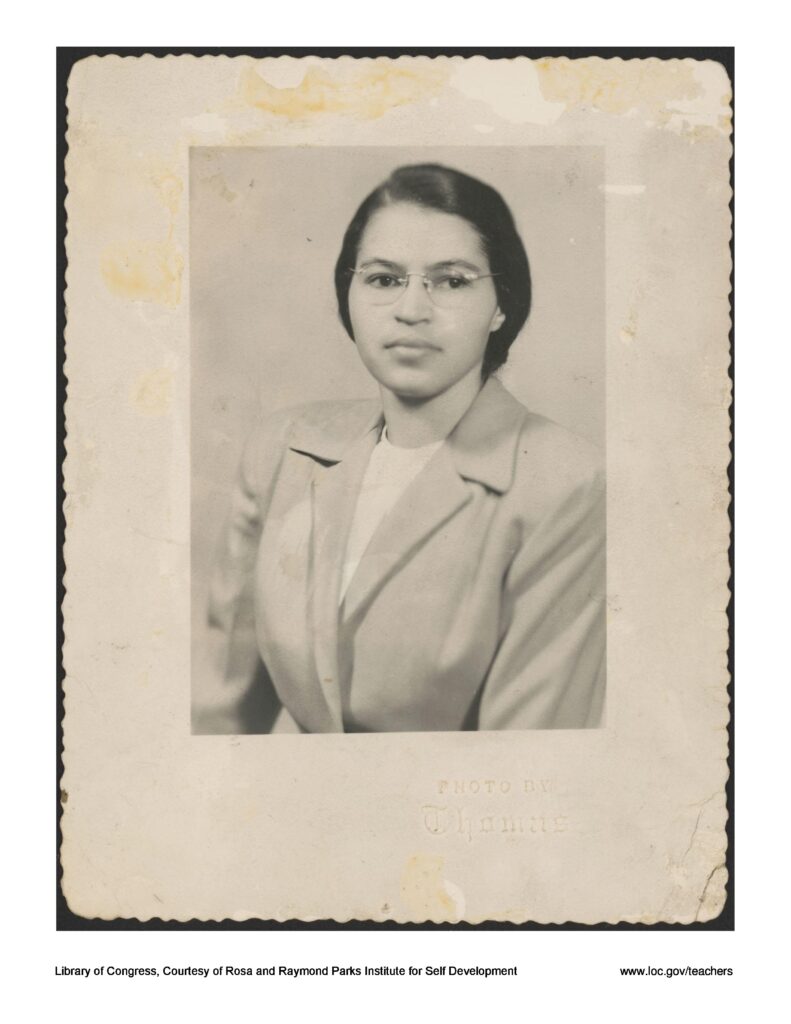 Rosa Parks (1913–2005) is best known for her refusal to give up her seat on a crowded bus. On her bus ride home from work on December 1, 1955, Rosa Parks sat in the first row of the “colored section.” The bus was crowded, and when asked to give up her seat for a white person, she refused and was arrested.

Her arrest sparked the Montgomery Bus Boycott in which African-Americans avoided riding city buses to protest segregated seating. This was a pivotal event in the civil rights movement that ultimately led to the dismantling of Jim Crow segregation. Rosa Parks became an icon of the movement, celebrated for this single courageous act of civil disobedience.

The Library of Congress has an incredible Primary Source Set on Rosa Parks. Explore those resources and artifacts. Ask students what they can learn from these primary sources about why Rosa Parks took her stand against segregation, and about the organizations and movements that participated in the struggle. Students might compare that to what they learn from a textbook or other secondary source and then write a possible update for the secondary source.

Invite students to examine Rosa Parks’ powerful and poignant writings. They show how she was acutely attuned to the systemic discrimination of the segregated South. Students can also learn how actively involved in the civil rights movement Parks was before and after that day in December by reviewing additional items in this collection. This additional collection contains thousands of items that document the life, work, and legacy of this civil-rights legend.

What can you do to honor the legacy of Rosa Parks?