Build Your Stack: A Glimpse into the Literature of Iran - NCTE
Back to Blog 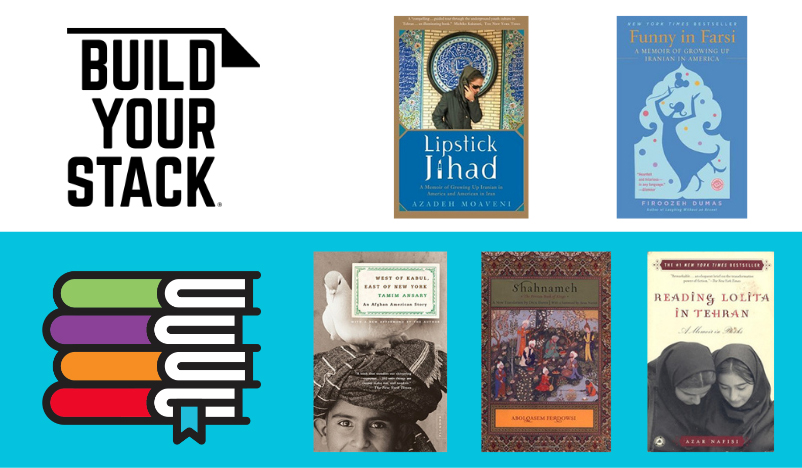 This post was written by NCTE member Michelle Bianco and is part of Build Your Stack,® an NCTE initiative focused exclusively on helping teachers build their book knowledge and their classroom libraries. Build Your Stack® provides a forum for contributors to share books from their classroom experience; inclusion in a blog post does not imply endorsement or promotion of specific books by NCTE.

English courses are always richer when they include works of literature from a variety of cultures; however, students generally have little exposure to modern authors from Iran.

The following works allowed me to present students a glimpse into the lives of Iranians in a more intimate way. They share stories of individuals, stimulate curiosity, and provide an introduction to a culture that US students may not be familiar with, beyond brief mentions in the media. 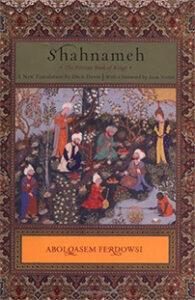 The Shahnameh, The Persian Book of Kings by Abolqasem Ferdowsi could easily be turned into the next Oscar-award-winning trilogy. It was written between 977 and 1010 CE and it follows a mythical creation of the world up until the Arab conquest of the 7th century.

The modern translation by Dick Davis makes the poem format easy to break up into smaller stories of certain characters that illustrate the moral code. The tales contain warriors, battle scenes, fantasy creatures, and complex plot twists. For example, the Simurgh, a peacock with the head of a dog and the claws of a lion, is said to have seen the destruction of the world three times over (Davis).

Some characters and storylines can be compared to famous Greek characters, and students might find it interesting to question which came first—the Persian or the Greek. 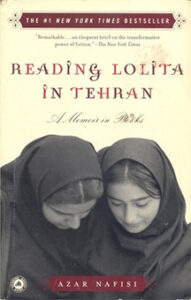 A thoughtful view of the complex changes that Iran underwent after the 1979 Islamic Revolution that overthrew the Shah can be discovered in the works of Azar Nafisi. Reading Lolita in Tehran is a fascinating personal memoir of a teacher exploring forbidden literature with a small group of students.

Nafisi is a crafted storyteller who helps the reader to understand the cultural shift and repressive laws that became modern Iran, with details of public executions and what she calls political abominations. There are free study guides created by various educators available on the internet with chapter-by-chapter analysis and historical relevance. This Reading Lolita in Tehran guide was written by Filiz Turhan, an assistant English professor at Suffolk County Community College, New York. My favorite activity is the “Pick One” challenge, in which students select a book by either Azadeh Maoveni or Firoozeh Dumas, then participate in classroom discussion following the reading. These authors create a fun and complex female perspective. 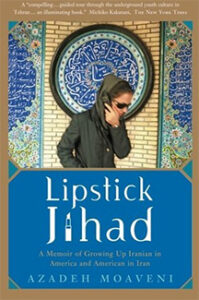 Maoveni’s Lipstick Jihad is a compelling memoir of youth and life in Tehran. As one study guide states, “Azadeh is in many ways a typical teenager, trying desperately to fit in with her peers. She is embarrassed by her Iranianness, especially in the wake of the hostage crisis.” 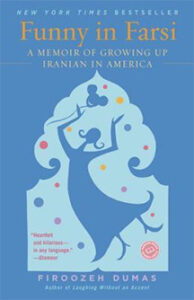 Firoozeh Dumas’s light-hearted memoir Funny in Farsi is a highly comedic look at cultural difference. Dumas moved to America as a child in 1972. She chronicles hysterical stories of game shows, fast food, and cultural differences. Interviews, Youtube videos, and study guides for both of these authors can easily be found to share with students.

Modern Persian poetry is beautiful and rich in meaning. Forough Farrokhzad is an acclaimed poet with a tragic life story of divorce, love affairs, and death. The New York Times describes the author this way: “Farrokhzad was one of Iran’s pre-eminent mid-20th-century writers, both reviled and revered for her poems, which often dealt with female desire. Throughout her life she struggled with how her gender affected the reception of her work in a culture where women were often confined to traditional roles, but where there are few higher callings than the life of a poet” (2019).

I use the following quote in an essay prompt to encourage reflection and meaning:

In a Silenced land, rebellion is the voice of voiceless people, Its holler reverberates through the ups and downs of this silent land, only to enlighten the heart with the sound of love (Farrokhzad). 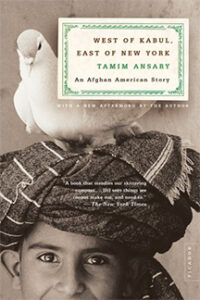 It is worth noting that author Tamin Ansary’s West of Kabul, East of New York: An Afghan American Story was an overwhelming success in the classroom. His memoir of immigration and cultural changes at the height of the Islamic Revolution in Iran is fascinating. He takes a harrowing journey through the Islamic Middle East to reunite with his Afghan family only to discover himself and his changed perspective. The story begins with the 9/11 attack and an emotional email he sent that would be shared with millions.

Someone once said it is the English teacher’s role to allay ignorance and open minds. Current events can and will drive interest in topics and cultures with which students are unfamiliar. Over the past ten years, I have used Iranian literature in my courses and have always asked students to donate their books, but these books were so well received that no one ever donated them! For more information on day-to-day lesson plans, feel free to contact me. (See details in bio below.)

Moaveni, A. (2006). Lipstick Jihad: A memoir of growing up Iranian in American and American in Iran. New York: PublicAffairs.

Michelle Bianco is full-time faculty for the Composition Department at Purdue University Global. She teaches undergraduate courses in composition and participates in outreach programs and curriculum discussions. Bianco taught for 12 years before going into administration as a director of curriculum and instruction; she has expertise in Course Management Portals, A-G Requirements, and Articulation Agreements. Reach her at mbianco@purdueglobal.edu.