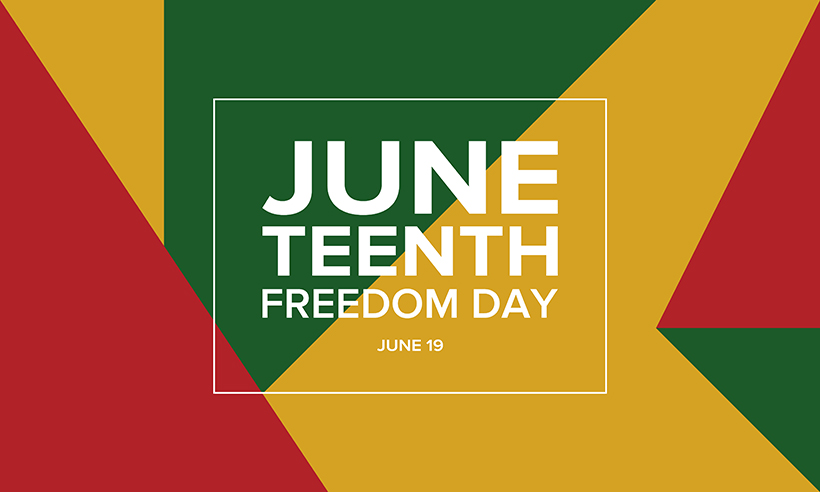 Today is Juneteenth, the oldest nationally celebrated commemoration of the ending of slavery in the United States.

The holiday received its name by combining June and 19. The day is also sometimes called “Juneteenth Independence Day,” “Freedom Day,” or “Emancipation Day.” On June 19, 1865, Major General Gordon Granger led Union soldiers into Galveston, Texas, with news that the Civil War had ended and slavery was abolished—two years after the Emancipation Proclamation. This is known as “General Order No. 3.”

President Lincoln’s edict had little impact on the people of Texas, since there were few Union troops around at the time to enforce it. But with the surrender of General Robert E. Lee in April 1865 and the arrival of General Gordon Granger’s regiment in Galveston, troops were finally strong enough to enforce the executive order. Newly freed men rejoiced, originating the annual “Juneteenth” celebration, which commemorates the freeing of the slaves in Texas.

Although Juneteenth has been informally celebrated each year since 1865, it wasn’t until June 3, 1979, that Texas became the first state to proclaim Juneteenth an official state holiday. On June 17, 2021, President Joseph R. Biden, Jr. signed into law the bill that established Juneteenth National Independence Day, June 19, as a legal public holiday.

Here are some ways to recognize Juneteenth:

Looking for additional resources? Check out this compilation from NCTE from 2020.