Reflections on the NCTE LeaderShift Initiative - NCTE
Back to Blog 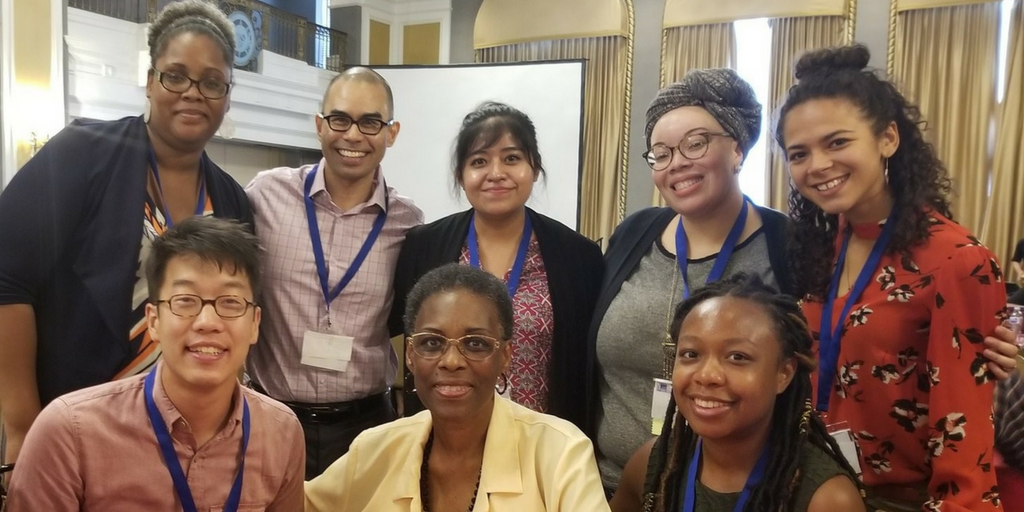 Regular reviews of the National Council of Teachers of English (NCTE) mission statements is an effective way to determine what is working and what needs work. In 2006, NCTE Executive Director, Kent Williamson, invited me to serve on the NCTE Task Force. We convened to review the 1996 NCTE diversity vision statement related to the goal of accelerating progress toward becoming a more inclusive, diverse organization. It became apparent to the committee that few persons of color from historically underrepresented groups—African American, Native American, Asian American, Latinx, and Pacific Islander—were rising in the ranks of NCTE to gain experience and become known by the general membership to be nominated and subsequently win an elected office.

With the insightful guidance of Dr. Sandra Gibbs, and others who have a clear view of national needs regarding the challenges of early classroom teachers and getting them on track for leadership positions in the local, state, and national levels in NCTE, we got to work designing a program for K-16 classroom teachers. Wisely, NCTE included some of the successful components of Cultivating New Voices among Scholars of Color program that served college-level researchers. In order to focus on ways classrooms, campuses, and communities could better reflect the diversity of race and culture, we established the NCTE LeaderShift Program.

This NCTE initiative started to provide a venue for classroom teachers to develop leadership skills by designing and implementing projects focused on their own classrooms, campuses, and school or college communities. The goal was to include mentorship for teachers with fewer than five years of experience as classroom teachers and also to invite winners of the Early Career Educators of Color (EC-EOC) to serve on local, state, and national projects of NCTE and its affiliates.

The combined goal of working on leadership projects designed especially for one’s own school and serving our national professional organization proved successful. We launched the program in 2008 with a cohort comprised of ten early-career classroom teachers mentored by three veteran educators: Dale Allender, Alaiyo Kiasi-Barnes, and myself. That first year, the LeaderShift cohort members and mentors met in Milwaukee, Wisconsin, the same weekend as the NCTE Affiliate Leaders Institute when Kylene Beers was president.

Having a concurrent meeting made it convenient for state and local leaders to interact with our new early career educators. That year and several following, convention coordinator Millie Davis, invited our early career educators to sit with elected NCTE affiliate leaders during meal events. What better way to show how NCTE invests funds in people to carry out their mission statement? Over the years, these affiliate leaders have invited Early Career Educators of Color (EC-EOC) winners to serve in their own states. Stephani de Valle (2009) is an example of a cohort member who worked in that capacity for the New York City affiliate.

Since 2008, the NCTE LeaderShift Program has gone through many iterations, but with continued success. Several cohort members have gone on to serve in appointed and elected local, state, and national committees. Not only have cohort members gone on to become leaders, the same is true of many of the veteran educators who have served as mentors in the program. In 2020 Shekema (Holmes Silveri) Dunham, a 2008 EC-EOC was candidate for NCTE vice president. Lorena Escoto Germán (2014) served on the NCTE Disrupt Text team and published a book entitled Textured Teaching. In 2021, Dr. Tonya Perry—an EC-EOC mentor—was elected vice president of NCTE.

Several past winners continued their work in international settings. George Dong (2009) became a Fulbright fellowship award winner and served a year in his home country of China, working in small towns to get reading glasses for students whose families could not afford them. Kalpana Iyengar (2011) has expanded her leadership to her cultural country of India, sharing pedagogy that honors diversity with educators there. Jonathan McMullen (2011) is now an administrator at an international school in Singapore.

At the 2015 Annual Convention, then incoming president Jocelyn A. Chadwick played videos of the 2015-16 cohort and mentors/co-chairs throughout the convention center. In 2016, the LeaderShift Program celebrated ten years of successfully identifying, mentoring, and encouraging winners to seek out leadership roles in their local, state, and national arenas. Equally impressive about past cohort members is that many have earned doctorates, some have begun their own schools, several have earned National Board Certification, and some have become professors in various colleges of education across the nation. For the tenth anniversary of the LeaderShift program, the NCTE Executive Committee approved a three-year budget to maintain the program with two co-director/mentors committed to serving for three years. I served as a co-director/mentor from 2008-2019 and proudly stepped aside for the leadership of past cohort members.

In 2019, the Penguin Random House showed with their pocketbook how much value they saw in our program. They contributed funds to double the cohort number from the typical six winners to twelve winners. Now leading the Early Career Educators of Color Cohort are three past cohort winners: Dr. Jeffrey Cabusao, Dr. Tiffany A. Flowers, and Andy Chen. What better evidence of the success of the program as we celebrate our fifteenth anniversary of identifying, mentoring, and seeing successful growth of early career educators of color! 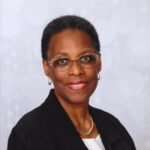 Anna J. Small Roseboro is a National Board Certified Teacher with over four decades of experience teaching in public and private schools, mentoring early career educators, facilitating leadership institutes. She is also a published author of teacher textbooks and poetry collections. She has served with the NCTE Secondary Section, and the Conference on English Leadership, and was co-director and mentor with NCTE LeaderShift Team from 2008 to 2019. She currently mentors the diversity team of our Michigan affiliate. Anna received Distinguished Service Awards from the California Association of Teachers of English (2009), NCTE (2016), and the Michigan Council of Teachers of English (2021).